Tribeca Games Presents: The Craft and Creative of League of Legends 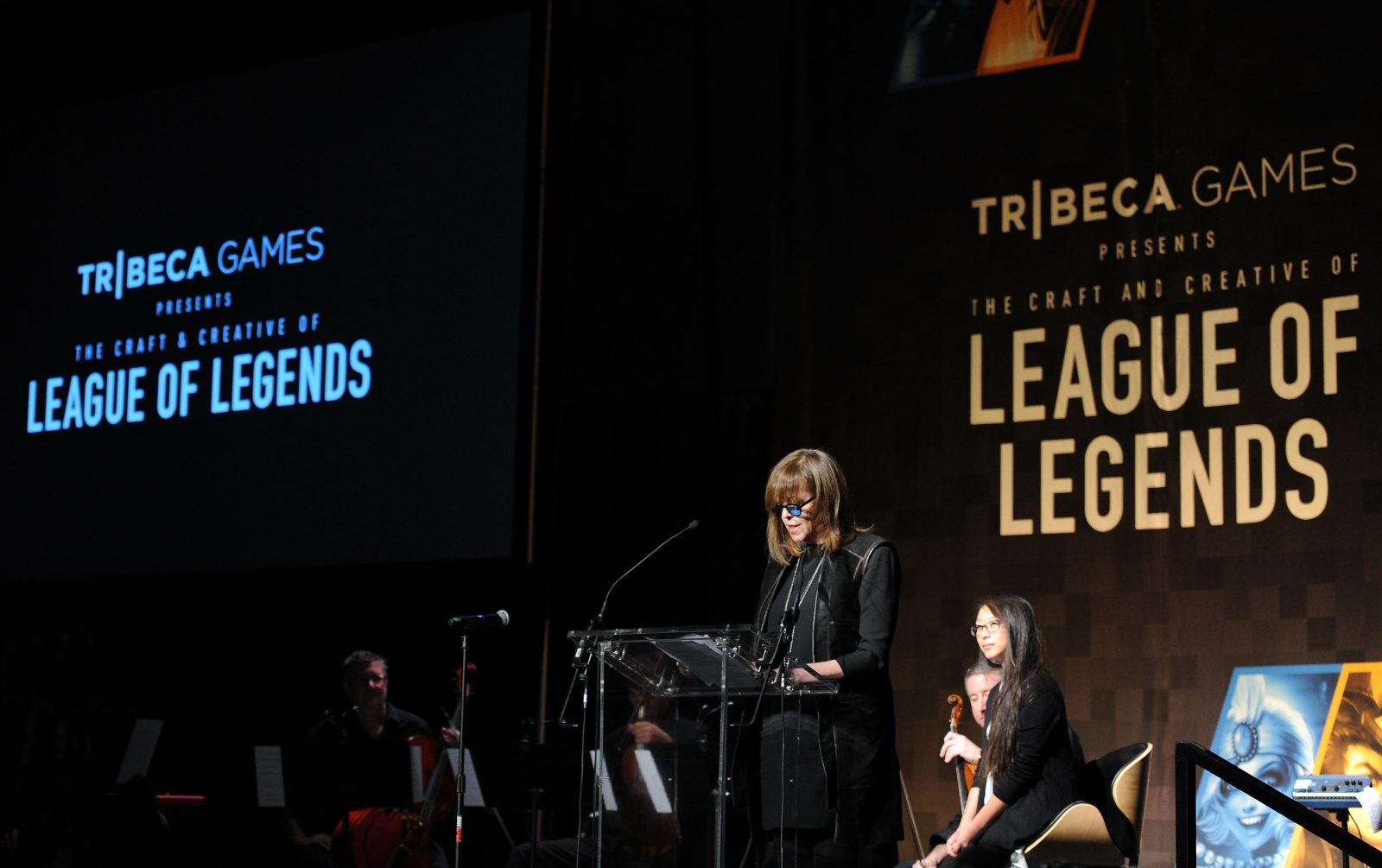 Last week Tribeca Games hosted their first live event called: “The Craft and Creative of League of Legends”. The event allowed fans of the game and media to take a deeper look into the creative process and storytelling – into one of the most popular competitive games.

The day started out with an introduction from Jane Rosenthal, Co-Founder, and CEO of, Tribeca Enterprises and Greg Street, Game Design Director at Riot Games. Jane Rosenthal wanted to explore and celebrate storytelling, she also felt that some of the best stories and creativity are found in gaming.

There is a reason why you have over 67 million people worldwide playing League of Legends a month, and how the game has become one of the biggest to sell out stadiums with their eSports tournaments. During the event, Riot developers talked about what went into building your favorite characters – how the developers make sure that each Champion has a deep story-line that will keep fans intrigued and will love that specific Champion.

The panel consists of Riots Games Lead Designer, Mark Yetter, Riot Games Senior Writer, George Krstic, Riot Games Associate Brand Manager, Janelle Jimenez, Riot Games Senior Designer, Curtis Churn and Riot Games Principal Artist, Moby Frank. The team focused on their Champion called, GangPlank – where they broke down the creative process on how to bring your favorite character to life, many didn’t know that the story-line of the Champion played a huge role in how he looks, sounds, and even how his abilities came to play. Riot knows the deep connection players have with their favorite champion, and the company showed through design, music, art, and champion creation on how the creative process behind the most popular game is a truly unique process.

After every panel, everyone headed down to the lounge area, where media and fans can have a deeper conversation with the Riot development team. The lounge also had an area where you could check out some impressive fan art. Cosplayers were also there, showing off their costumes of their favorite champion, and they even explained how long it took, and what made them want to dress as that champion.

Tribeca Games Presents the Craft and Creative of League of Legends was an all-day event and gave a deeper look on how storytelling, art, and music play such an important role. I’ve been playing games my whole life, and even I walked away with a whole new outlook.