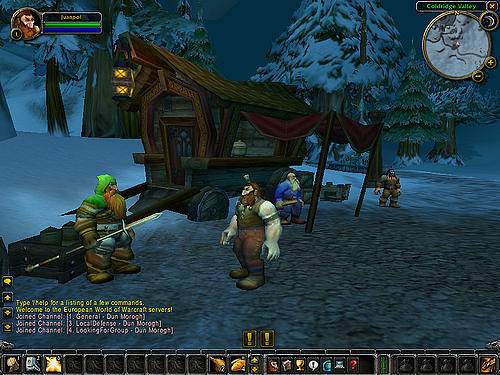 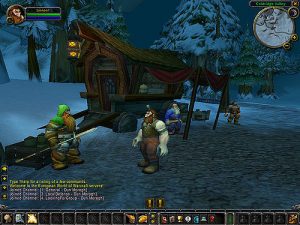 When you think back to what gaming was like a decade ago, it’s kind of amazing how much multiplayer has come to dominate it now. Once upon a time we were content to face off against CPU opponents in Street Fighter and Mortal Kombat, or play through the story of a Super Mario game all alone. Hooking up a few extra controllers for some Mario Kart action or something of the like was more of a bonus than a regular expectation.

Now, thanks in large part to the growth of the online networks connected to major gaming consoles, we expect multiplayer modes to headline gaming releases. That’s not to say there aren’t plenty of games with satisfying single-player campaigns, but multiplayer leads the way.

The interesting thing is that while console multiplayer gets the most attention, there are other games with online connectivity that are also built for community and competition. Whether in the app market or online, there are plenty of non-console titles with player bases that are every bit as active as your average crowd of first-person shooter enthusiasts. Let’s take a look at some of the best examples.

MMORPGs pretty much define multiplayer gaming online, and any number of them could make it onto this list. But to represent the genre as a whole, it’s hard to go with anything other than World Of Warcraft, which is still the biggest name in MMOs. Indeed, it headlined a list just this past February of the best MMORPGs to play, which certainly indicates its staying power. Built as a fully imagined fantasy realm in which players can interact endlessly in a sort of “second life” style, it really is hard to top for avid multiplayer gamers.

The 8 Ball Pool app isn’t the most inventive or exciting one out there at a glance, but it’s a satisfyingly simple multiplayer experience. Built on classic billiards, played in barrooms, basements, and even casinos the world over, it’s a very stripped-down, one-on-one sort of competition. You can play against friends and family members you link up with intentionally or challenge random opponents online. But perhaps the best part is that each match offers a fresh challenge, even if the game itself is repetitive.

It’s fairly safe to say that shooter games have led the way in the evolution of console multiplayer. There aren’t many app games that have mimicked that success, but Trigger Fist is probably the best attempt at it. It’s third person, but otherwise bears a pretty striking resemblance to some of the better console shooters, optimized for mobile and great for all the same reasons.

Though most online games like this facilitate some kind of multiplayer play, there’s actually an isolated feeling to playing many of them. That’s different with Gala Bingo and its live options, which provide the sense of an active community attached to the classic game. Not only are you playing in real time against other opponents, but there are live callers to help you fill out your card, making it all the more realistic.

Finally, a list like this wouldn’t be complete without the app that arguably kicked off multiplayer gaming on mobile. Words With Friends wasn’t the first multiplayer app game, but it can rightly be called the first one to turn into a sensation, and it did so simply by adapting Scrabble for online interaction. The game itself is perfect for competition, but the in-game chat option adds a social element. Frankly it’s surprising more multiplayer games haven’t provided similar features.

There are many more examples that are well worth mentioning, but these games showcase excellent quality and variety. They also serve as strong reminders that the console market isn’t the only one in which competition and socialization have greatly enhanced gaming.