Gaming Trends To Look Out For In 2017

The gaming industry has never been known to rest on it laurels. It’s fair to say that certain markets within the industry have often shied away from over-development over the years in order to retain a certain level of expectation from their current gaming audiences. 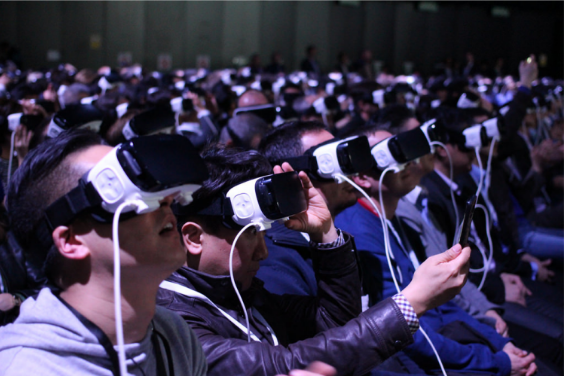 Unfortunately, these days with gaming moving as rapidly as ever, most game studios and developers absolutely need to have their finger on the pulse of the gaming world in order to keep up with demand and interest. This year looks set to be another critical one in gaming with a number of expected trends to continue growing throughout the year.

VIRTUAL REALITY
It was 2016 that was being heavily touted as the year of virtual reality. For the most part this was an accurate statement, but it was certainly not the big VR explosion that many of us were necessarily expecting.

We’ve seen plenty of choices coming to market over the months including the HTC Vive, Oculus Rift, the Sony Playstation VR headset and even the more affordable Samsung Gear VR. However, even with a great selection out there it doesn’t appear to be at a stage where it’s a particularly caught the public’s imagination.

These immersive devices are slowly beginning to breakthrough into more mainstream gaming markets and if many could just drop those price tags a little and make them more accessible for general gamers it looks like 2017 could be much more of a success story for the rising VR industry.

MORE FREEMIUM OFFERINGS
The freemium business model has been particularly successful for the mobile gaming industry with titles such as Angry Birds and the Candy Crush Saga utilizing this approach to rake in millions in revenue.

As well as in-game purchasing many studios and developers have been able to generate additional income from ad-driven revenue especially when their gaming experiences really hit the mainstream market and continue to grow in player numbers. Its one of the most popular ways in which an ever-growing market attracts new players and consumers continue to react extremely positively to the process.

Now were seeing more and more gaming studios and big brands adopt this approach with 2017 set to see more gaming output that will embrace the freemium model.

MOBILE GAMING AND GAMBLING
With a number of highly anticipated flagship smartphones and other mobile-based devices set to drop this year such as the Apple iPhone 8, Samsung Galaxy S8, Galaxy Note 8 and Google Pixel 2, it’s exciting to see just how the mobile gaming market will evolve in 2017.

Faster processing power mixed with improved definition, speed, color, and all round quality will no doubt open the doors for developers to expand their creative minds even further.

Even the online gambling industry is bound to take advantage of these new developments. Their online and mobile-based output is huge these days thanks to mobile gaming and so many online players are now turning to their smartphone to play their favorite casino games, bingo, where you can claim a bonus here and there every day of the week, slot gaming experiences, and even place real-time bets thanks to sportsbook apps.