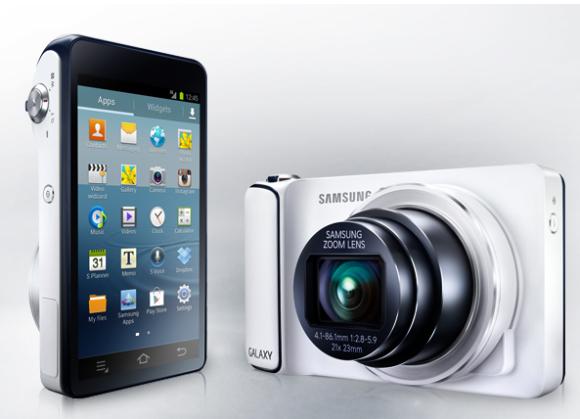 Samsung one the leading companies in technology is having Black Friday deals from now until November 26th, this is the chance to buy the Galaxy S3 you always wanted, along with tons of accessories to go along with it, or the Galaxy Note II you have been waiting for. Here are some of the products Samsung is offering.

This was the most fast selling Android phone yet, From the cutting edge technology inside to the stylish design that rests comfortably in your hand, the Galaxy S III makes everything you do easier. Share, multitask and interact with your device unlike anything you’ve experienced before—and on a brilliant 4.8” HD Super AMOLED display.

The Galaxy S III makes sharing easier than ever. Featuring cutting-edge NFC technology and preloaded AllShare Play, content can be sent instantly to friends and groups of devices. Or download Dropbox, Instagram and more, and keep your connections even more connected to you. Samsung announced the feature S Beam, which allows you to share pictures, songs, videos and documents simple by touching another S3.

Transform a text chat into conversation just by raising the phone to your ear. Perform functions, search the web and simply get answers to anything you want, just by using your voice. Designed to enrich every part of your life, the Galaxy S III also comes preloaded with Google Maps, Flipboard, and more.

With Motion Gestures, your phone can perform tasks from simple movements, like starting a call by raising the phone to your ear. Or speak into your phone and S Voice will get directions, search the web and more. Plus, a simple tap on an NFC tag will launch apps and perform custom tasks with TecTiles.

The Samsung Galaxy Camera that was announced earlier this year at IFA; has been officially announced to come out in time for some holiday shopping. We have a little more details on the camera.

I am truly in love with this phone. Galaxy Note II has a large, high-definition screen, an intuitive and precise S Pen, blazing-fast quad-core processor, 4G capability, long-life battery and more, it has everything you need to get things done. Designed for unmatched multitasking, the Galaxy Note II combines the ease of pen and paper plus advanced smartphone technology.

With the S Pen you can quickly take notes in your own handwriting, navigate with the precision of a mouse, and edit documents in a flash. Plus, S Pen, Air View and Popup Note raise your multitasking powers to a whole new level.

The S Pen feature remembers text, shapes and even equations—so whatever you start to write is recognized and completed as quickly as you get started, and with the silky transitions of Android 4.1, Jelly Bean on the 5.5” HD Super AMOLED display, everything you do happens in a flash. Command Galaxy Note II with just the power of your voice. Get directions, search the web, check your calendar, select a song from your playlist and more.

Samsung is having a deal on The Galaxy S3 accessories; here are a few you should check out:

AllShare Cast on Galaxy S III provides a new sharing function. The technology allows content on your Galaxy S III phone screen to be shared with a nearby TV or Projector. AllShare Cast Hub can interoperate with a HDMI-enabledTV or projector via AllShare Cast. You can enjoy mobile games on a large TV screen. Available in luxurious Titian Gray and minimally compact, the Hub goes well with any premium HDMI-capable TV.

Galaxy S III Desktop Dock has a compact design with pop-up micro USB port which makes it easy for users to carry around and connect. It charges the Galaxy S III and enables you to listen to music through an external powered speaker. It enhances user convenience through docking with various cases (Flip Cover, Slim Cover) supported by Samsung.

Samsung’s original flip cover enhances the overall value of the Galaxy S III with a premium metallic design. A onepiece back cover and sleek design maintain the phone’s slim profile. A receiver opening on the front of this accessory allows the user to hear phone conversations while the cover is closed over the device. Colors: Pebble Blue, Marble, White, Light Blue, Green, Pink.

Samsung’s protective cover is water-resistant. This 1.3-millimeter slim, flexible Thermoplastic Polyurethane (TPU) case covers the back and sides, protects against impacts and falls and includes rubber caps on the ear and microUSB jacks. The protective cover will be available in four vivid colors, Transparent BlueTransparent Pink, Opaque Blue and Opaque Green.

A 0.5mm slim cover maintains the Galaxy S III’s slim original design when attached. The cover includes two cases with different colors and patterns so that the user can choose according to taste. It allows full access to the earphone connector and charging port and enables the phone to be connected to the Samsung universal desktop dock without removing the cover. Colors: Transparent Blue, Clear (Sold in 2-pack of one color each)

Wireless Audio with Dock supports charging of the Galaxy S III and enables users to listen to music through Bluetooth enabled devices, including the Galaxy S III. The top-of-the-line model combines an analog preamplifier and digital amplifier for high-quality sound and 2.1-Channel, 100-Watt sound output.

While charging your spare battery, your Galaxy S III can also sit snugly in the stand at any viewing angle. This foldable, compact battery charger has a similar style to the Galaxy S III’s metallic surface.