BlackBerry Z10 Will Be Available On AT&T On March 22nd 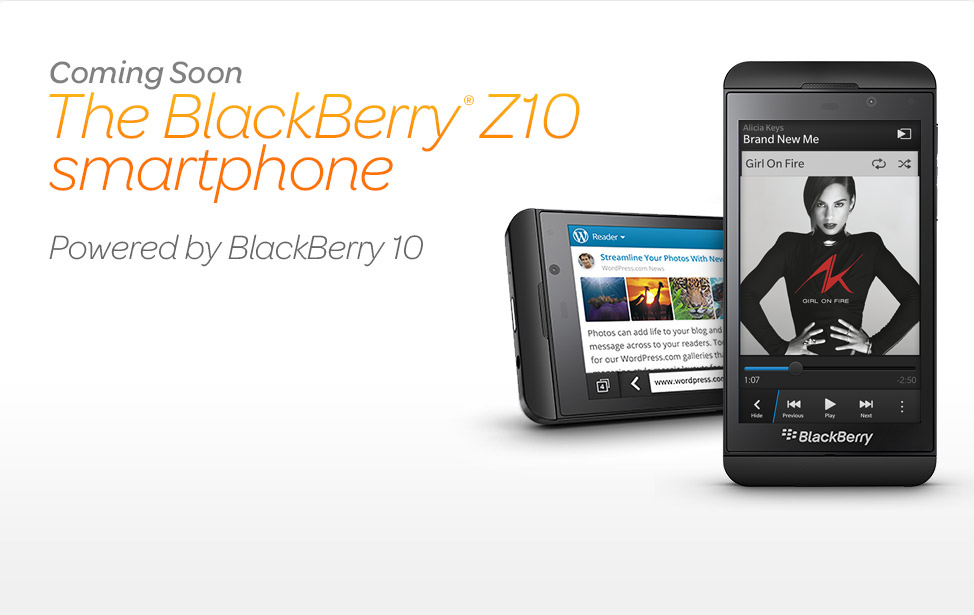 Facebook Twitter Pinterest Email
With new additions such as BlackBerry Hub; to keep you updated on emails and social networks to BlackBerry Balance which allows you to switch your BlackBerry from work mode to personal mode, the Z10 is looking to make the BlackBerry brand mainstream again.

Coming in a busy week of smartphone announcements, AT&T confirmed the release date of the BlackBerry Z10. Customers can pre-order the phone starting tomorrow, Tuesday March 12th. The smartphone will be released officially on March 22nd.

The Blackberry Z10 will cost you $199.99 with a two year contract. After a long time of sticking to the same model, BlackBerry revamped their style. Everything from the hardware to the software (currently BlackBerry 10) has been upgraded.

With new additions such as BlackBerry Hub; to keep you updated on emails and social networks to BlackBerry Balance which allows you to switch your BlackBerry from work mode to personal mode, the Z10 is looking to make the BlackBerry brand mainstream again.

You can pre-order your BlackBerry Z10 HERE

Are you willing to give BlackBerry another chance? You can find out more about the upcoming release with the press release below.

The BlackBerry Z10 is the first smartphone to launch with the re-designed, re-engineered and re-invented BlackBerry® 10 platform, offering customers a powerful and unique new mobile experience. It is the fastest and most advanced BlackBerry smartphone yet, and is designed to continuously adapt to a customer’s needs.

“AT&T customers were the first to experience BlackBerry smartphones and services in the U.S. and we are thrilled to bring the next evolution, the BlackBerry Z10, to the nation’s fastest 4G LTE network,” said Jeff Bradley, senior vice president, Devices and Developer Services, AT&T Mobility. “Customers who have grown to love the tried and true BlackBerry experience will continue to enjoy the easy typing and the secure platform they expect with a fresh platform that lets them get more out of their smartphone with easy access to all their messages in BlackBerry Hub.”