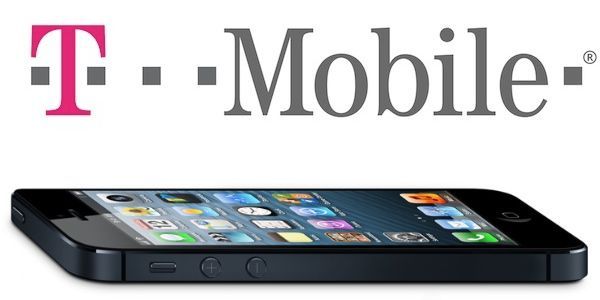 Facebook Twitter Pinterest Email
T-Mobile looking to change the game by killing contracts and fees. Do you benefit from this? Check out the full details on how T-Mobile is offering you the chance to own high-end smartphones without contracts and penalties.

A couple of days ago news leaked about T-Mobile’s no contract plans. Stirring up confusion, everyone assumed and declared that they were going prepaid (due to the merger with Metro PCS). They focused on their new way of business by stating: “We’re still a wireless carrier, we’re just not going to act like one anymore.” So what does this mean for someone getting a phone and service from T-Mobile? They are basically saying that they are going to everything the opposite way they did before. What is the Simple Choice From T-Mobile?

T-Mobile has many new plans offering different options. Let’s start with the basics, getting a new phone. Usually the hottest new smart phones range from $100 – $200 with a 2 year contract (using this as an example). So you’re paying $200 for the device and then a monthly charge for service. Sound familiar? T-Mobile is changing that up a bit.

T-Mobile will still bet getting high-end smartphones. You just have different payment options. If you see a new smart phone that you want, for example the anticipated HTC One. You can get the HTC One at T-Mobile for $99 down and pay off the rest for 24 months (with qualifying credit). If you don’t qualify you will have to pay for the entire amount for the device up front. It’s still not considered a contract because you’re agreeing to pay off the device.

T-Mobile is keeping their affordable plans for your high-end devices
$50 Plan: The most discussed T-Mobile plans were $50 per month for unlimited talk, unlimited text, and unlimited surf (surfing does not include data you download) in which case it’s 500 MB for this plan.

$70 Plan:And for $70 you get unlimited talk, unlimited text and unlimited data but the hot spot/tethering feature is limited to a finite amount. You can stop service whenever you please, but you will have to continue paying off the device. How do those numbers sound to you? Does this work out better than what you’re currently paying?

T-Mobile and Apple worked together to get an iPhone that will work on T-Mobile’s 4G LTE network. You can get it for $99 down and pay it off in 24 months. While T-Mobile will offer HD Voice on the iPhone 5, they will not have WiFi calling on it -yet at least. (It will be available April 12th). So what do you get with these changes? You get to own your device. You’re paying for the service T-Mobile provides. You won’t have to worry about early termination fees if you choose to leave T-Mobile. You can also bring any device (as long as it’s compatible) to their network. They make it easier to pay off your device in over 2 years and you don’t have to wait to upgrade. Let’s not forget that you will be on their 4G LTE network.

T-Mobile is making consumers choose carriers over devices. There is rarely any device exclusivity. With 4G LTE availability in most areas, plan selection and price seems to be the what seals or breaks the deal. I am very intrigued with the T-Mobile’s 4G LTE service and pricing (on a personal level). I mean check out the speeds on their 4G LTE (picture below).