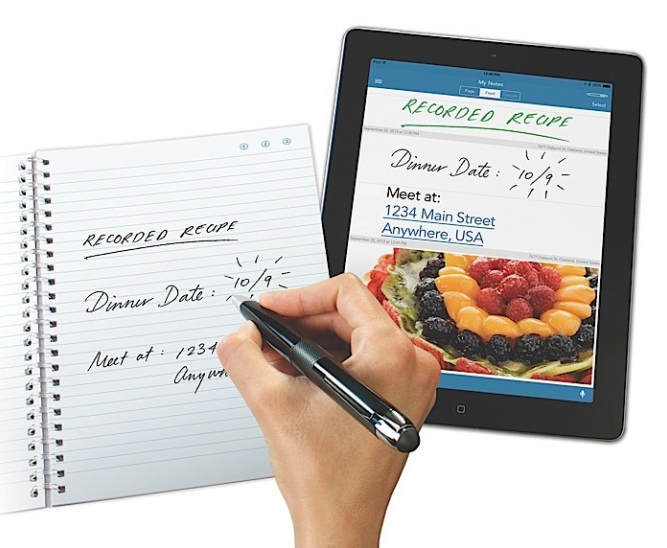 As much as I love taking notes on my phones, tablet and laptop; handwritten notes are sometimes best. They work great with diagrams and adding anecdotes. Sometimes it’s great to get back to simple pen and paper. Of course it’s obvious why we choose to take notes on our devices. It’s easier to retrieve, search within content and make clean edits. Their previous pen, the Sky WiFi pen, allowed you to take notes, but you had to sign into a wireless network to upload all of your notes. But the Livescribe 3 smartpen takes it to the next level. How Does the Livescribe 3 Smartpen Work?

There’s no longer a on/off button. There’s a ring that you rotate to turn the pen on. It also has a feature to record audio. The pen doesn’t have a built-in microphone. Your phone would record the audio.