Samsung Galaxy Mega Review – Do You See the Big Picture? 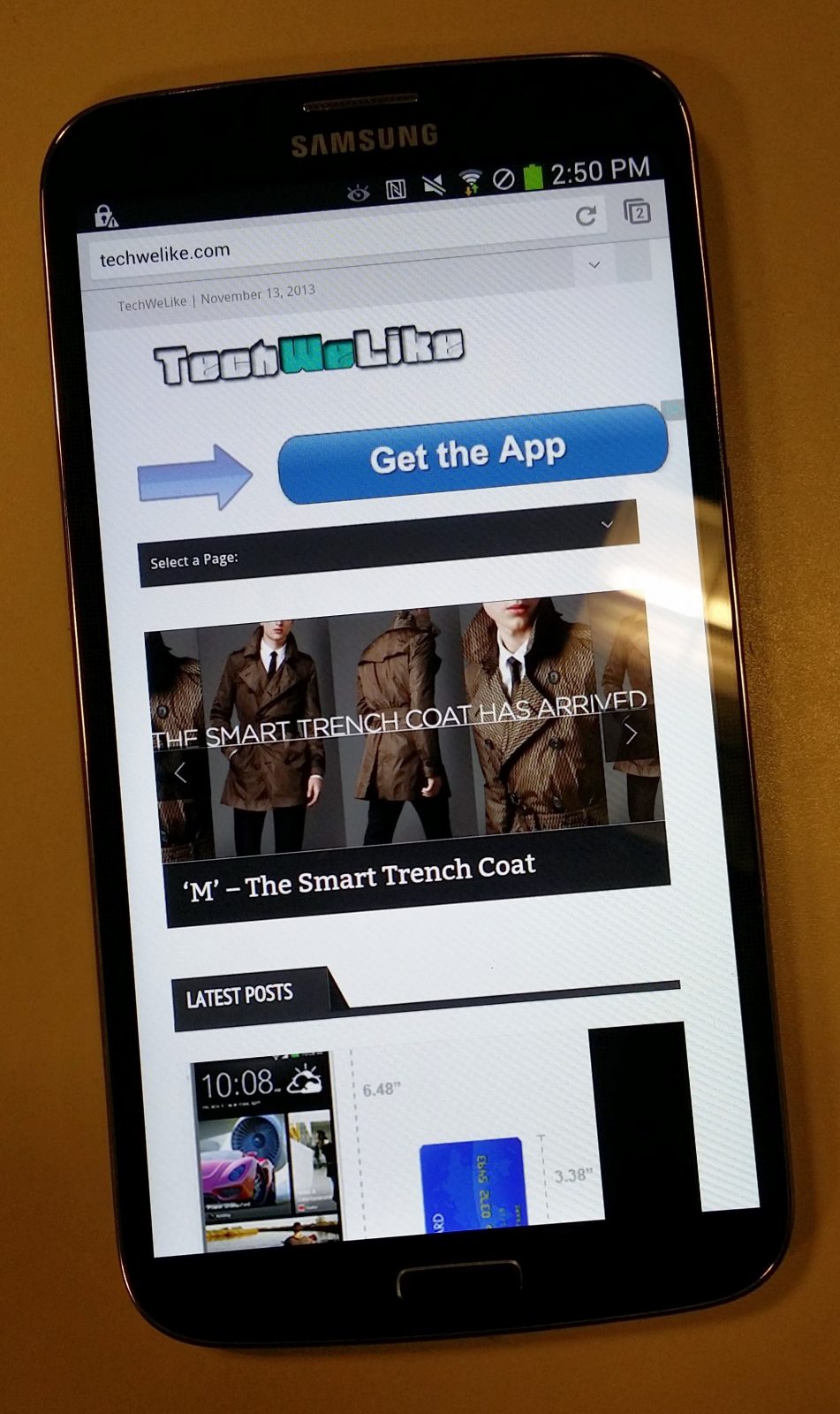 Facebook Twitter Pinterest Email
As we already know, Samsung doesn't believe in a one size fits all mentality. So what is the Galaxy Mega useful for? Check out the review!

Is it all just screen size and what’s the point of getting a phone that’s so large anyway? Well as most of you might have realized by now, Samsung isn’t afraid of trying new sizes. They pushed new ground with the Galaxy S III. They found that there’s an audience that does enjoy a big screen size. Think about those people who carry a tablet everywhere they go. It’s just a bit bigger than the Galaxy Mega. Check out the specs that the Mega has to offer.

Now that you see what the Galaxy Mega is working with, let’s see the body layout. The Galaxy Mega is designed like the other popular Samsung devices. The standby power button is on the left, the volume rocker is on the right. It has two touch buttons on the bottom for your basic Android control. It basically looks like the Samsung Galaxy S 4’s bigger brother. Of course without the stellar screen display.While the phone is large in size, it still remains thin. The volume rocker and the button have been brought to the middle of the side borders. It makes it easier to reach. Good thinking Samsung! The Mega comes running Android Jelly Bean 4.2.2. In case you weren’t aware, most phones are shipping with 4.2 or 4.3, but the latest version of Android is KitKat 4.4. But so far only the Nexus 5 has that version.

Experience With the Galaxy Mega

The experience that I had with the Mega is similar to that of a tablet. The Galaxy Mega makes you want to read articles and view sites in full desktop mode. It’s fun when viewing YouTube videos and media of that nature. You don’t even have to zoom or squint. For those that don’t know, I have poor vision without my glasses. So there’s comfort in reading certain things on the Galaxy Mega. Since I rarely make phone calls on the device, I didn’t have to deal with the awkwardness of the holding the massive phone to my ear. But when I did it was a bit awkward. I highly recommend using a Bluetooth earpiece. It’s way to uncomfortable to hold.

In case you didn’t figure it out for yourself, I must warn you that you’re going to be using the phone with two hands most of the time. It’s not because of the weight or thickness of the phone. It’s because the screen is so wide apart that it will make it difficult to reach over at times. These features can be found on many Samsung devices, but they come in handy on the Galaxy Mega. Of course Samsung took this into consideration and provided the one-hand operation mode. It shrinks and moves the keyboard / dial pad to one side of the screen for easier navigation and input. Otherwise using the Galaxy Mega with two hands is easy and accurate. The keys are large enough to hit which result in less error. I have freakishly long fingers which allow for reach and fast typing. Others may not find this so comfortable. This is a great phone to use Multi-Window on. The large screen allows for a great view of the apps that you’re using. Awesomeness all the way.

The 8 megapixel camera does great for my use. I use pics mainly for social media and sharing with friends. It’s a bit hard for me to keep steady hand with such a large phone. You need to learn to balance it to snap the pic.

The Galaxy Mega packs a 3,200 mAh battery. The decent display and 1.5 GB of RAM let the phone work well and last throughout the entire day. I got a good 12 hours in. And I went as heavy as I could on the Galaxy Mega. Tons of social media updates, selfies, music streaming. You name it, I did it. Galaxy Mega As A Main Device?

The large size obviously doesn’t appeal to everyone. But there are people who can benefit from this phone. Who? Well I’d give it to a young teen. It gives them both a phone and a mini tablet. A tablet that has service at that. Great for mobile gaming and watching videos, and texting for an affordable price. Isn’t that what most tweens and teens are doing anyway? With a good headset, the Galaxy Mega fills the void of tablet and phone (for most people who don’t want to carry two devices).

At $150, it’s affordable and decent. It won’t be easy to tote around so you’ll definitely need a little bag or gigantic pockets.