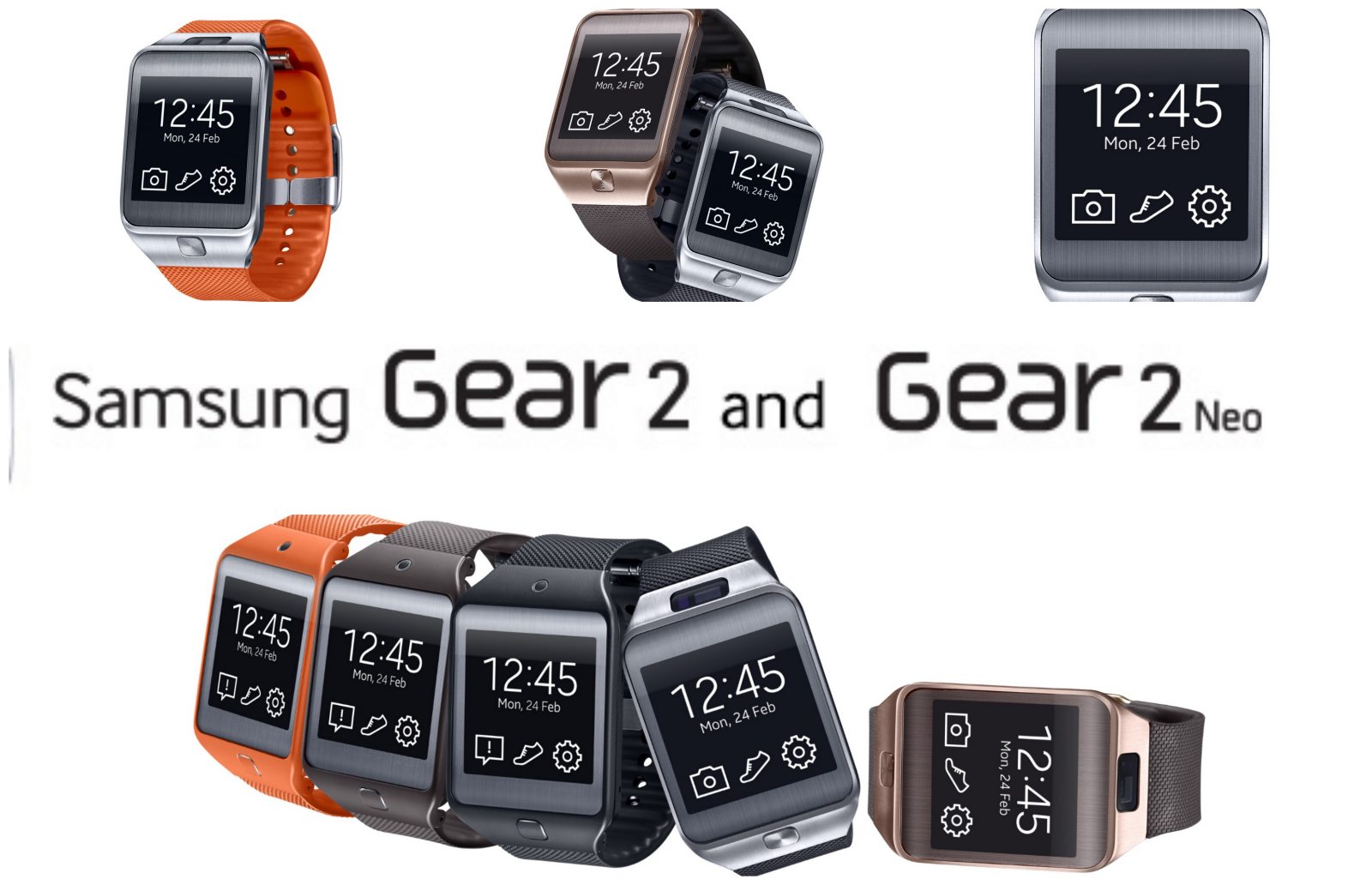 Just like we’ve been speculating, Samsung Gear 2 and Gear Neo are officially here.

As you noticed the “Galaxy” name has been dropped from the title. The second generation of Samsung smartwatches are running Tizen. The camera has moved to right on the top of the watch’s face. You can also see the addition of a home button. There is also a music player that can connect to headphones via Bluetooth. According to Samsung, the Gear 2 will be compatible with dozens of Samsung devices at launch. No prices yet, but the smartwatches should be available in April 2014.

Differences Between Gear 2 and Gear 2 Neo aren’t huge. The Gear 2 Neo doesn’t have the camera which makes it a bit lighter.

What do you think about Samsung’s second generation of smartwatches? Did you buy the first one? Looking into the second gen?

From the Official Press Release:

The next generation of mobile freedom
Samsung achieved a significant improvement as a leading smart wearable provider with Samsung Gear 2 and Gear 2 Neo. Both devices offer a lightweight design with premium finishes that reflect modern trends.
A Camera is equipped to a main body instead to strap, making the Samsung Gear 2 a sleek and sharp smart companion. Consumers are now available to express their mood or coordinate with their outfit with modern and sophisticated strap color options including Charcoal Black, Gold Brown and Wild Orange for Gear2 and Charcoal Black, Mocha Grey and Wild Orange for Gear2 Neo. The home screen background, clock face and font are also customizable to reflect their personal taste.
The Gear 2 and Gear 2 Neo are essential companion devices, allow users to accept or ignore incoming calls and messages, and providing instant notification options based on a user’s activity and habits.
Both devices act as an extension of a consumer’s daily life, offering users more control of their lives with standalone features, such as controlling electronic products such as TV, settop box through WatchON Remote application in their own home with an embedded IrLED sensor. The addition of a standalone music player with Bluetooth headset means people can leave their smartphone at home and still enjoy their music on the go.
Both devices also offer personal fitness coaching in real time, allowing users to develop a customizable fitness routine and monitor their heart rate in order to improve their overall well-being.
Finally, the Samsung Gear 2 and Gear 2 Neo let users connect to a wide variety of Samsung devices and access an enriched application ecosystem as the first wearable powered by Tizen based wearable platform. Samsung Gear 2 and Gear 2 Neo are compatible with more than dozens of Samsung Galaxy smartphones at launch.