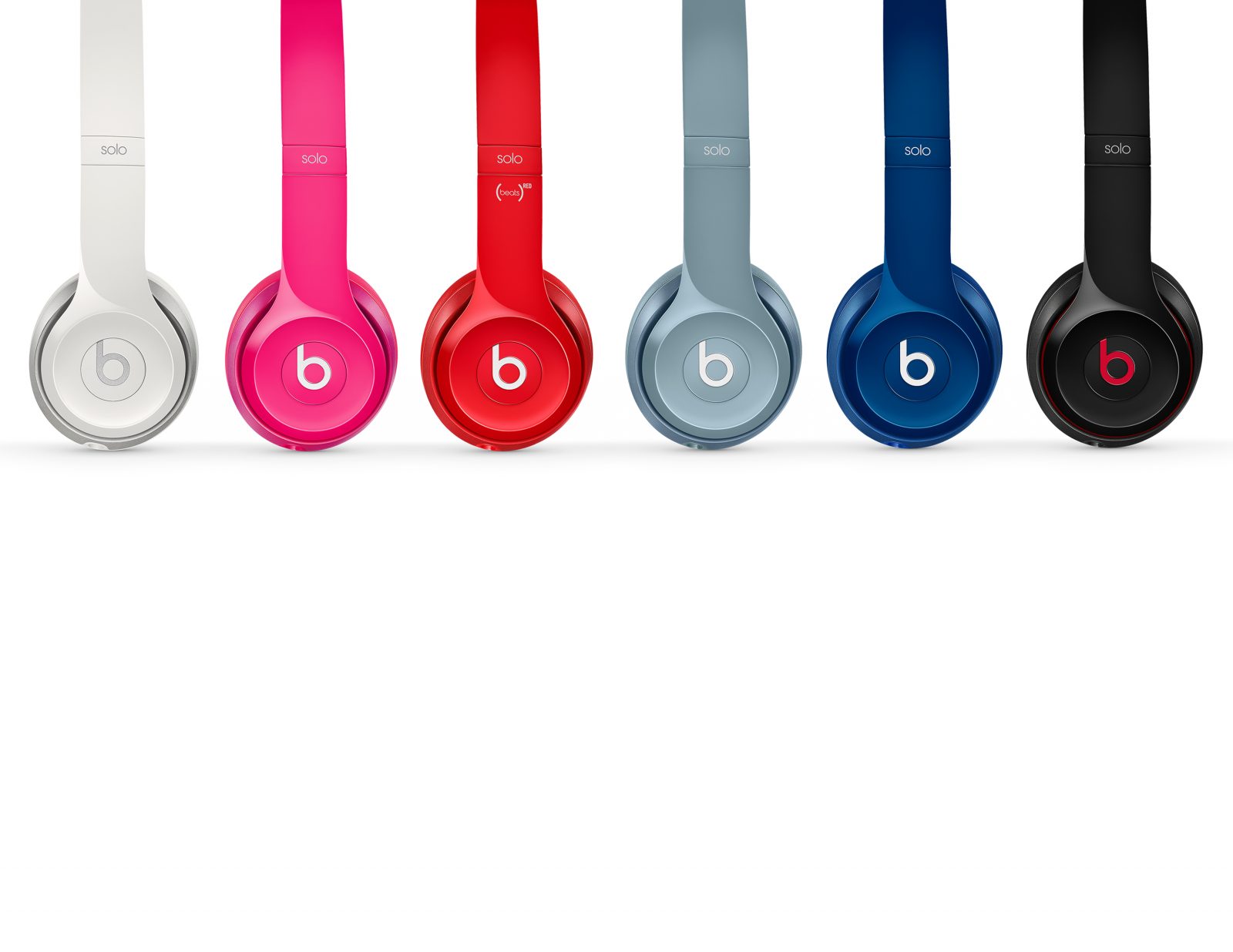 Beats has been in the news a lot lately. But this time is for their headphones. With all the hype going on, some missed (including myself) that Beats came out with the Solo2 on-ear headphones. They redid the Beats Studio line late last year and it seems they are checking each line off the list. According to the press release, the original Beats Solo headphones are very popular:

In 2013 nearly four Solos were sold every minute around the world. With no signs of
slowing down, Beats is taking the beloved headphone to the next level with
Solo2 offering a robust listening experience with a wider range of sound and enhanced
clarity.

Take a look at the new Beats Solo2 Headphones: So whats new with the Beats Solo2 Headphones?

Sound: The Solo2 headphone has a more dynamic, wider range of sound, with a clarity that will bring you closer to what the artist intended, whether you’re into hip-hop, heavy metal, jazz, electronic, or country. Design: The Solo2 headphone maintains the same sleek, streamlined aesthetic as the iconic Beats Studio with fast flowing curves and no visible screws. Starting at the center of the flexible headband, the frame of the headphone has been curved like never before, giving the Solo2 a custom-fit feeling. The earcups have been ergonomically angled to complete this natural fit, with pivots for optimal comfort and sound delivery.
Finally, the earcups’ premium material helps dissipate heat and minimize sound leakage.

Colors: The Solo2 headphone will be available in Black, White, Red, Blue, Gray, and Pink.

Partnership: Beats has once again teamed up with project (RED), making the red Solo2 an official (RED) product, helping to fight the battle against AIDS. Beats also announced more colors added to their Solo2 lineup (champagne and Metallic Sky). They are not available yet, they will be available in mid-June for $299.

Beats also announced a partnership with Snarkitecture, a collaborative practice operating in territories between the disciplines of art and architecture. Inspired by a shared love of music, the two teamed up to turn the iconic Studio headphone into a piece of art. The completely matte white object strips away the familiar colors and logos, so the headphone can be experienced in its purest form accompanied by Snarkitecture’s famed Pillow made from white cultured marble.The Snarkitecture X Beats retails for $600 and will be available on June 9, 2014 on www.beatsbydre.com. I am enjoying the more sophisticated look that Beats is giving to their lineup. The headphones coloring and design may still be “loud” and young looking, but the aesthetic of it seems a lot better. The Beats Solo2 headphones look a lot like the new Beats Studio headphones.

What do you guys think? Are you over the Beats phenomenon? Do you like the new designs?