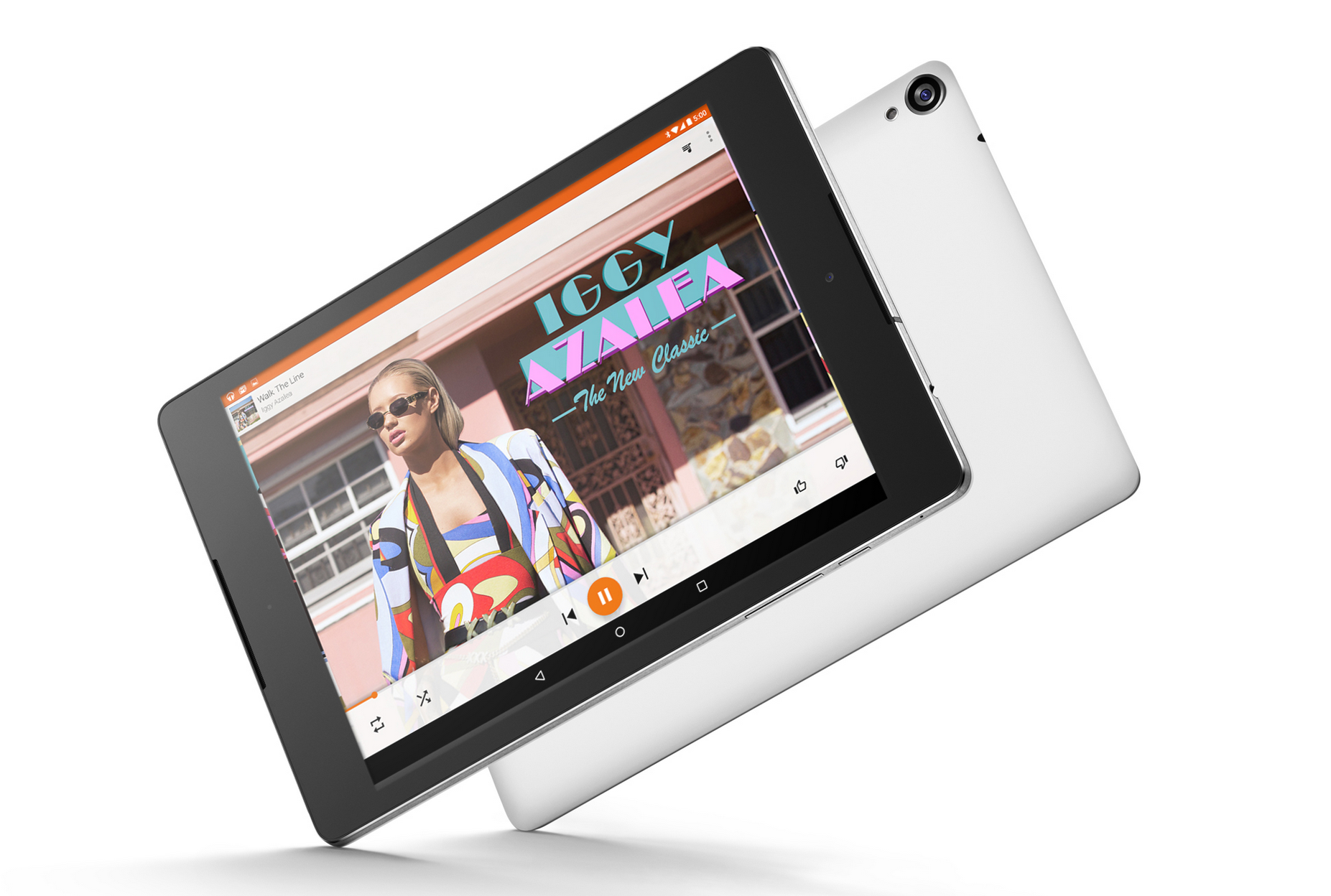 Like many Nexus fans out there, I was excited and curious about the HTC Nexus 9 tablet. I became a fan of the Nexus line with the Nexus 7 tablet. While I was very familiar with the previous Nexus smartphones, the Nexus 7 tablet brought together many awesome key features nicely.

I was always hype about rumors for the next nexus device. We know that a new Nexus device comes with new Android OS and the manufacturer was a mystery (for a little while at least). I honestly didn’t know how Google was going to even try and beat the Nexus 7. Here’s my experience (review) so far of the Nexus 9 tablet. Right put of the box you can see the HTC “look” of the Nexus 9. I am actually a fan of the HTC One M8, so I was hoping for an equally sturdy build. The tablet is thin. As you can see from the specs, the display is nearly 9 inches. On the right border you have the power / standby button, and below it the volume rocker. The bottom border has the micro USB charging port. The top houses the headphone jack (closer to the right side when facing you). There’s the front-facing (1.6 megapixel) camera on the top bezel. I love that the Nexus 9 has the signature HTC front facing speakers (with BoomSound).

There is no micro SD expansion slot and there’s no 4G version yet. The design overall is very simplistic. You won’t be able to tell if it’s a high end tablet or low-end Android tablet (from far when the screen is off). That is until you turn it around. You see the matte black design and the Nexus logo (looks like the back of the all black Nexus 5). Fingerprints galore here.

The Nexus 9 is lightweight for its size. I love that, since I feel the need to put a case on it (you know I’m a cluts). It can be held with one hand for a long time before you feel a strain. But since the screen is 9 inches; it’s of course difficult to grasp with one hand. The corners are rounded enough that they don’t painfully pierce into your palm. But I don’t think you should be trying to grip the tablet from side to side with one hand anyway. The top and bottom bezels are pretty big. While many don’t like that, its great for landscape viewing and not touching the screen by mistake.

Of course one of the main selling points of the Nexus 9 is the new Android Lollipop 5.0 software that it comes with. Like many others, I had an OTA update that came a few days later. This is the software that the devices will ship with. To be honest, I wasn’t experiencing problems with the N9 before the update, so I don’t have much to report on that.

Even before the Nexus 9, and Nexus 6 we had a little taste of Android L. I’m not really into previews because bugs and lag frustrate immensely. I stayed on KitKat until the official upgrade. It was killing me to wait for Lollipop, because I liked what I had seen. The pretty colors, the flow of interaction. Material Design looked awesome. I love bells and whistles. It’s simple yet filled with nice details. I’d say that 95% of the time the N9 was fine. Material Design was nice to work with and most of the apps I used were working perfectly. I use mostly mainstream apps. Some of my favorite features from Android 5.0 are interactive notification menus. The bad thing is that you can turn off WiFi when the tablet is locked. You can launch the apps that are notifying you without unlocking the tablet. My fave feature has to be priority mode. I love having a way to filter out what’s really important to me without fear of losing out on something else. It makes getting email notifications nice again (or at least less annoying). The stacked card look is nice and allows you to see what you’re working on even if it’s from the same app.

Loading apps and switching between them wasn’t a problem – AT ALL. Even with over 10 apps running at once nothing lagged. You can see that it registers your touch with certain effects like “shading” and “waves”. The connection with the Lollipop interface is there and the user will definitely appreciate it.

When watching a movie it would get a little warm, but I wouldn’t call it overheating. It’s nothing I haven’t experienced before. I rarely use a tablet without headphones (when watching movies), but the front facing speakers work great for those who would use them. They are not spectacular, but just the placement makes them much better).

According to Google, the Nexus 9 should last up to 8.5 hours of WiFi surfing. I actually used it for about 5 hours straight from airport through a flight with battery left to spare. That consisted of web surfing and watching a movie. Of course a lot of things vary in use: brightness level, connection, and other interruptions. It’s very rare that I use the brightness all the way up since I am photo-phobic. But I was satisfied with the battery life of the tablet. (Side note: it was so difficult for me to test and not charge. You know how I love using my battery packs.)

As phones are getting bigger and falling into the phablet category, I understand the need to really distinguish between tablet and phone. That’s the case for me at least. Besides content, if I’m walking around with a phone that has a 5 inch or more display, I’d question whether I need to take my 7″ tablet. The 9 inch is a great alternative since it fits in my bag without bulk and is significantly larger than my smartphone. (I still wish Google didn’t discontinue the Nexus 7. It’s great for so many out there.)

I love many things about the tablet. Everything from the front facing speakers, to the lightweight build, Android Lollipop 5.0 (for the win) and rounded corners. It will only get better as developers update their apps for 5.0.

I don’t like the lack of expansion slot. Yes I know, rely on the cloud. And to tell you the truth I usually do rely on the cloud for most things. But there are just some times that you can’t go-to the cloud. It hasn’t been an issue for me, but it might be for others who can’t survive on 32GB.

Overall, the tablet works wonderfully. It’s a great travel size, and Android Lollipop 5.0 is the revamp we love. When it comes to build, HTC was a good choice to go with. The tablet starts at $399 (for 16GB). I’m sure it will go down a bit soon.  You can get the Nexus 9 tablet by HTC from:

Is anyone upgrading from the Nexus 7? What do you think about the price?