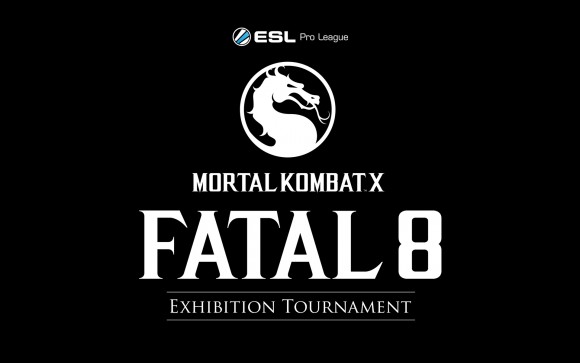 Over the weekend, ESL hosted a special Mortal Kombat X tournament called the “Fatal 8” this tournament gave fans a sneak peak of what’s to come from the Mortal Kombat Pro League. Players from around the world were invited to take part of one of the biggest MK tournaments around, players such as two time Evo Champion “RZR|Prefect Legend” (Carl White), “Prodigal Son” (Ryan Hart), “Ketchup” (Ryan Neal), “HB|Tyrant” (EJ Wlliamson), ‘KiT|Forever King” (Christian Quiles), “MIT” (Malik Terry), “Tony-T” ( Tony Pert), and “cR|Sonic Fox” (Dominigue McLean). Players played in a best of 5, single elimination matches for a chance to be able to win a prize pool worth 10,000.

The first match of the day featured cR|Sonic Fox and Ketchup. During the first match Sonic Fox showed players that he was going to be a problem to beat yet again. Sonic Fox went with Erron Black (OutLaw), while the UK native Ketchup choose the fighter he’s known for, Quan Chi (Summoner). As soon as the match started, Sonic Fox made sure did what’s he best known for, getting into his opponents head, which he did giving Ketchup had a hard time. During the matches Ketchup switched between Summoner and Sorcerer hoping it would give him better results, although he did come close at times, it wasn’t enough to take Sonic Fox out.

During the tournament, fans started tweeting how they wanted to see some of Raiden’s play style in this game, and fans got just that. During the match between HitBox Tyrant and Tony T fans were able to see some of Raiden’s play style. The match started off with HitBox using Jax (Pumped Up ) and unleashing a 15% damage comb on Tony T using Raiden (Thunder God), but HitBox decided to unleash his own combo causing 22% damage. Just when you thought Tony T would take the match, Hitbox would come out of nowhere and send Tony T and Raiden packing.

Fans got to see one of Mortal Kombat’s most popular characters in action, Scorpion. KIT|Forever King took the stage with Kung Jin (Bojutsu) and MIT took to the stage with Scorpion (Ninjutsu). As soon as the match started MIT’s Scorpion went straight into attack mode, Forever King did his best to keep Scorpion at bay, and was able to win a match, but it wouldn’t be enough as MIT walked away with the win.

After all the matches where played cR|Sonic Fox once again proved to his opponents that he is still a threat. Throughout his matches Sonic Fox was relentless, just as he was when he played Injustice, he gets into his opponents heads and takes full advantage. The 17 year old player took first place and has made a name for himself yet again. Top players will now try their best to take his number one spot, the question is, will Sonic Fox be able to continue to keep that number one spot? Or will some of the veterans in the MK Community come back to reclaim the number one spot? Only time will tell, but this is a great start for the MK Community who wanted their game to be taken seriously, it finally will be thanks to the guys over at ESL.