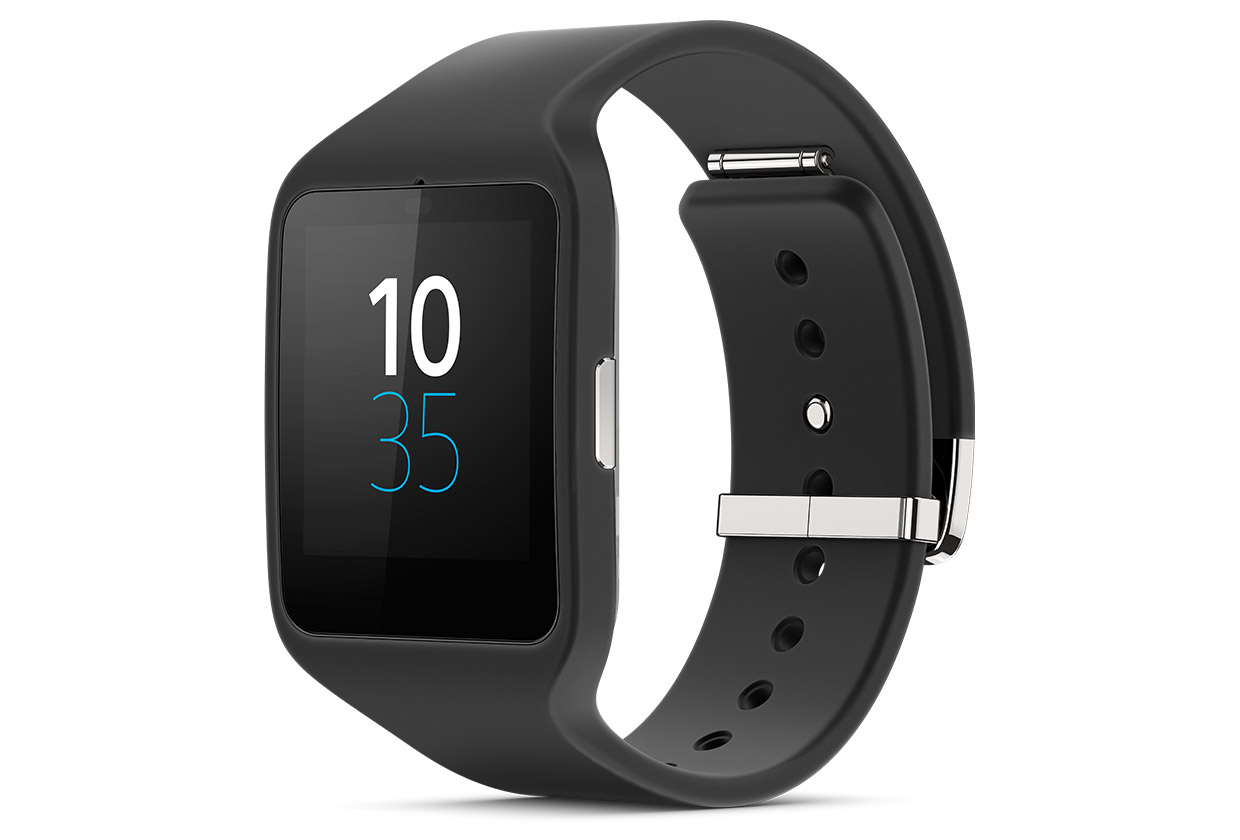 Facebook Twitter Pinterest Email
The Sony Smartwatch 3 is Sony's third smartwatch overall, but first smartwatch with Google's Android Wear. Is the SW3 a good combo of design and software?

Sony has had a few smartwatches, butt the Sony SmartWatch 3 is Sony’s first watch with Android Wear. As a fan of Android Wear, I’ve had fun reviewing other Android Wear watches, and was definitely looking forward to reviewing Sony’s SmartWatch 3 because it has built-in GPS and WiFi capabilities. 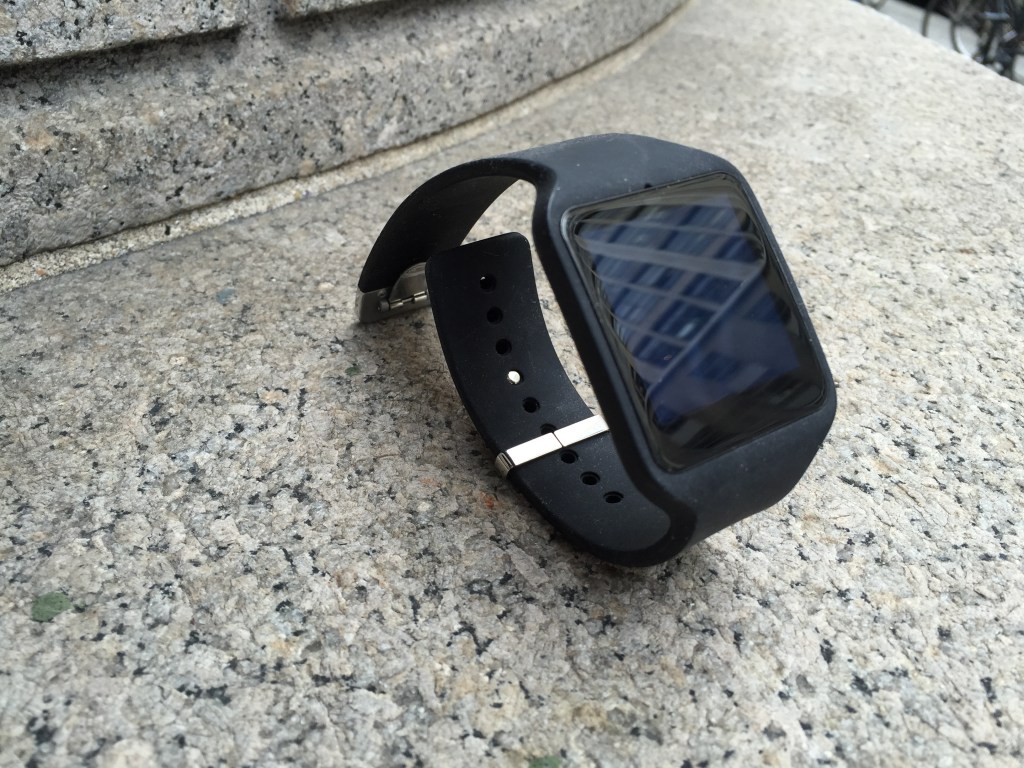 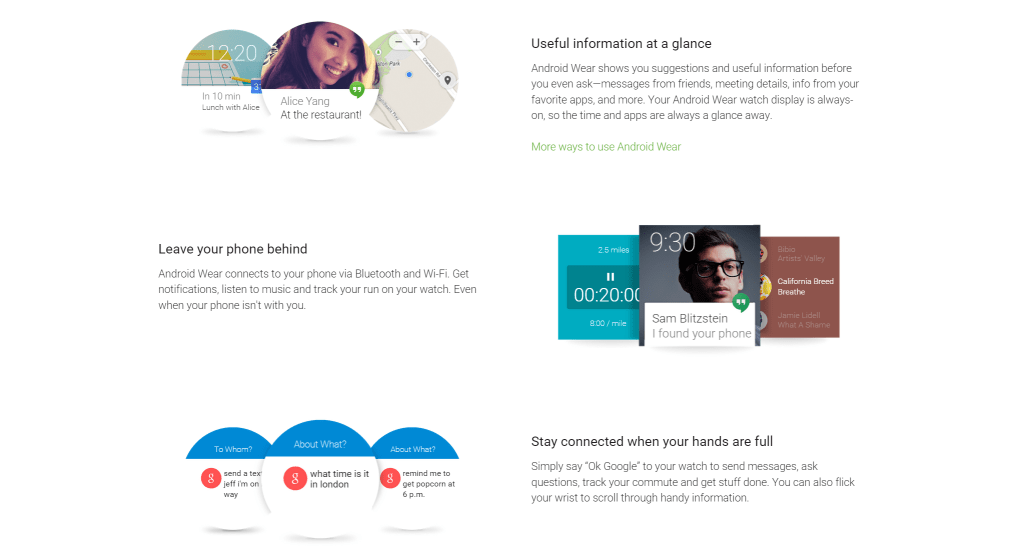 So let’s start with a little background. What exactly is Android Wear? Android Wear is the software the Sony SmartWatch 3 runs and many of the smartwatches run now. AndroidWear is basically the mobile version of Google Now. With your watch paired with your Android smartphone (via the AndroidWear app), you get notifications from your smartphone pushed to the watch. These notifications include weather, upcoming sports games, articles based on what you’ve searched, transit, places to visit, and a few other things. You get text notifications, social media notifications, and chat notifications as well. You can control certain apps, such as Google Play Music and sometimes even store music on the watch itself.
Learn more about Android Wear HERE The Sony SW3 is very plain and simple looking. It’s not a looker, nor does it try to pass on as a regular watch. It looks to me like a more premium LG G Watch. The simplistic design doesn’t stand out at all. The bands are rubber, which fit comfortably on my wrist. They have stainless steel bands available (if I test those out I will update the post). The SW3 has one button on the right side. On the back of it, you have the microUSB charging port with a cover to help keep it waterproof. Yay, for no charging stations and cradles.

You can purchase the Sony SmartWatch 3 starting at $205 at the Google Play Store or Amazon.com

The SW3 has a pretty crisp (squared) display. I can actually see the display in bright sunlight almost all the time. The colors aren’t always the most vibrant, but that’s not a deal breaker. It did well on the time it took to turn on, when I flicked my wrist upward. Sometimes the display would be a little too sensitive to touch. Opening apps, or changing tracks. It wasn’t often though. No concrete complaints about the display here. The SW3 has many different bands. With the black rubber bands, the watch feels pretty light. I wear the watch on more casual days since it has the casual look. You can get fancy, if you’d like with the metal or leather bands. I still consider it more of a sports watch. The bands on the SW3 are easier to change, since you pop the watch face in and out of the bands.

When it comes to the build of the device, the watch isn’t so big. The screen sits nicely on my wrist without being overbearing. Like I said in my review of the Moto360, when you wear one Android Wear device, you’ve pretty much worn them all when it comes to software. The Sony Smartwatch 3 is a little different because it has built-in GPS, however it doesn’t have a built-in heart-rate monitor.

That brings me into fitness with the Smartwatch 3. Since the body of the SW3 is so light and the bands are rubber I prefer this watch for running outdoors. Add music, pair up some bluetooth headphones and go out. It doesn’t get in the way of going to the gym really, but I am always afraid of scratching the screen. Runners will enjoy this watch because of the built-in GPS, however no heart-rate means you will have to carry another wearable to get that info.

On a pretty active day (by that I mean notifications on full blast), the SW3 would last me about 7 -9 hours. I do get a lot of notifications though. As usual, the battery life will vary based on the user and how this use brightness, connections, and notifications. At least you can charge it via microUSB, no charging dock needed.

The Sony Smartwatch 3 is definitely an upgrade over their previous smartwatches. This is due to both build and software. While the SW3 doesn’t have the luxury look, it certainly does have functionality. It is missing some things that are sort of becoming the norm on other wearables, such as a built-in heart-rate monitor. But does have a great battery life, good visibility in sunlight, and it’s waterproof.

You can purchase the Sony SmartWatch 3 starting at $205 at the Google Play Store or Amazon.com