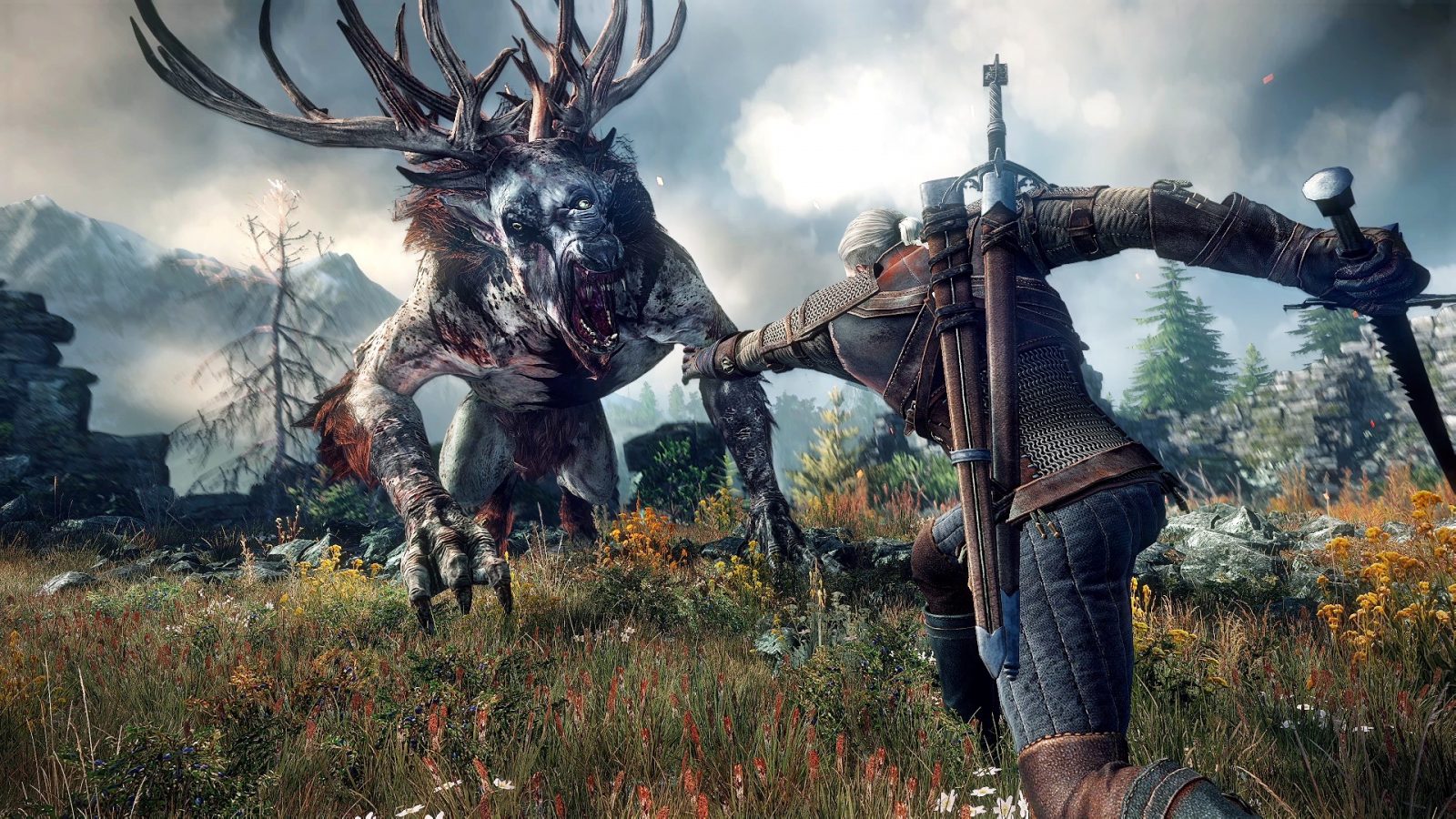 For months, we have gotten trailers and pictures of how the new installment to the successful series, The Witcher, would look like on console system, as well as for the PC. Fans of the series where wondering what was taking the company so long to release the game. Others wonder will it live up to the success of its prior games or have fans waited all this time just to be disappointed?

The Witcher 3: Wild Hunt is an Open World RPG (Role Playing Game) were players will embark on a new adventure. The company has promised fans that the game will have 200 hours of gameplay, but as most of us know that hasn’t always been the case with games. Can CD Projekt Red keep their promise in giving gamers a new bigger and better installment, will the graphics actually look the way they’ve look in the promo trailers we’ve seen, will the game keep us players engaged in the game for months or will we get bored of it within a week. To answer these questions let’s take a deeper look into The Witcher 3: The Wild Hunt. 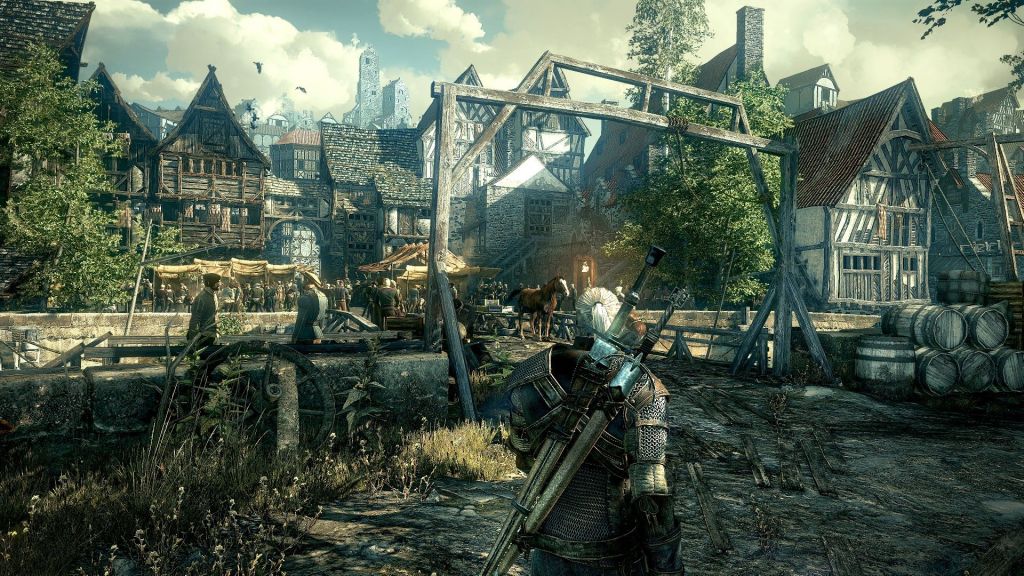 In any Witcher game, the story-line has always been well written, as well as the quest you embark on. While playing through the game you will find clues to help the Witcher through his quest, this keeps the player engaged in the game, where you will play for hours just to see where this clue will lead you. While playing through the game you will encounter a couple of cut-scenes. Just like any RPG you will encounter cut-scenes, but not like this. I won’t give too much away for those of you haven’t played yet, but what I can say is these scenes are truly remarkable.

The game does offer side quest, now I know how most players feel when it comes to side quest, you feel like you’re playing the same quest over-and-over again, but the company did such a great job that you don’t feel that way playing through these quest. Each one has a fresh new feel and are actually enjoyable to play. Players can look forward to side quests such as: treasure mission and card game just to name a few.

RPG’s are made for players to explore the world in detail. Although some RPG’s make you feel like you’re walking around in circles, The Witcher’s world is HUGE. During my gameplay I would be on a mission, but would get so side tracked every time I would see an abounded home. There’s so much to do that by the time I actually got back on track, hours have passed by. 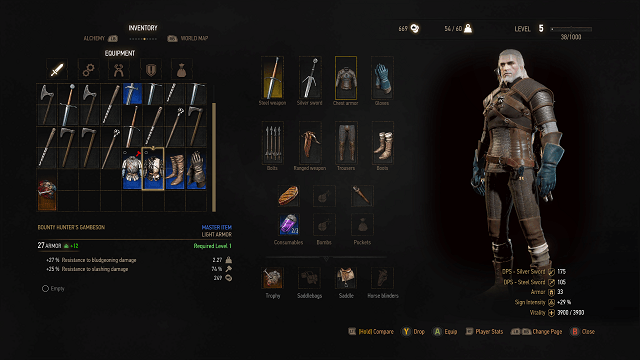 During your adventure, you will come across some interesting beasts. These beasts can range from easy to deal with or lead you into a battle that will last quite a bit of time to take them down. When going up against any type of beast, you will need to think about the fight. Just randomly fighting them will have an end result of you dying and getting frustrated. The game does offer different levels and even on easy the beast will be a challenge.

You have two different weapons, Steel Sword and Silver Sword, both of them can be upgraded and you will also come across other weapons such as: Crossbow which are best for taking enemies out of the air, Melee Weapons such as axes or maces. These weapons can be upgraded, allowing them to become strong. You also have armor that can be upgraded as well, chest, gloves, trousers, and boots. Upgrading your armor is a must, if you want to last a little longer during intense battles.

Graphics have become a big part on whether the game is worth getting. Now we all know that PC systems will always have a leg up on the console systems, but the guys over at CD Project Red are known for delivering the most outstanding graphics. Even though the Xbox One visuals will never be as crisp as the PC version, it’s damn near close. I played the game on PC and Xbox One, when playing on PC I used the Nvidia GeForce Experience, this updated my drivers which allowed for a smooth gameplay and breathtaking graphics.

If you have played any other installments of the series, you will notice that Wild Hunt 3 is extremely detailed, from the weather feature, Day/Night cycle, to the details in every characters facial expressions. While playing through the game there were times where I would just sit there and stare at the game, just because the graphics made you feel like you were actually there. The company did an amazing job, even with the trailers the company released, it doesn’t prepare you for what the game actually looks like. 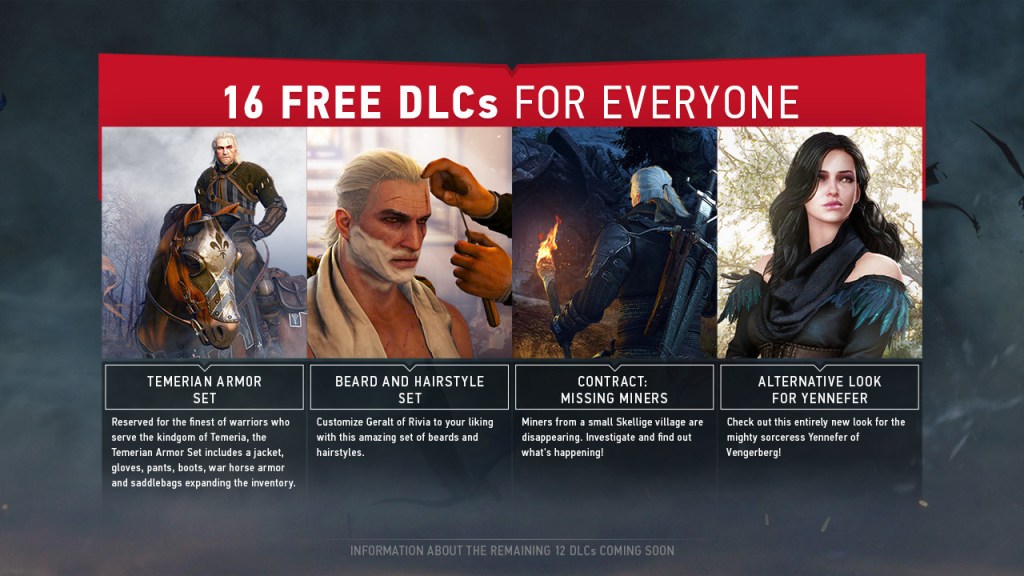 The one thing CD Projekt Red did that I wish every company would do, is that they have given back to their fans by giving us FREE Download Content. The company released the first two of 16 DLC’s, such as the Temerian Armor Set available from a merchant in White Orchard and a couple of additional beards and hairstyles just for Geralt. The company has said with these DLC’s the game will have over 200 hours of gameplay, which is refreshing because no one wants to buy a game and beat it within a couple of hours. It’s nice to be able to turn on the game and feel like I’m getting a little gift from the company, just for playing the game. 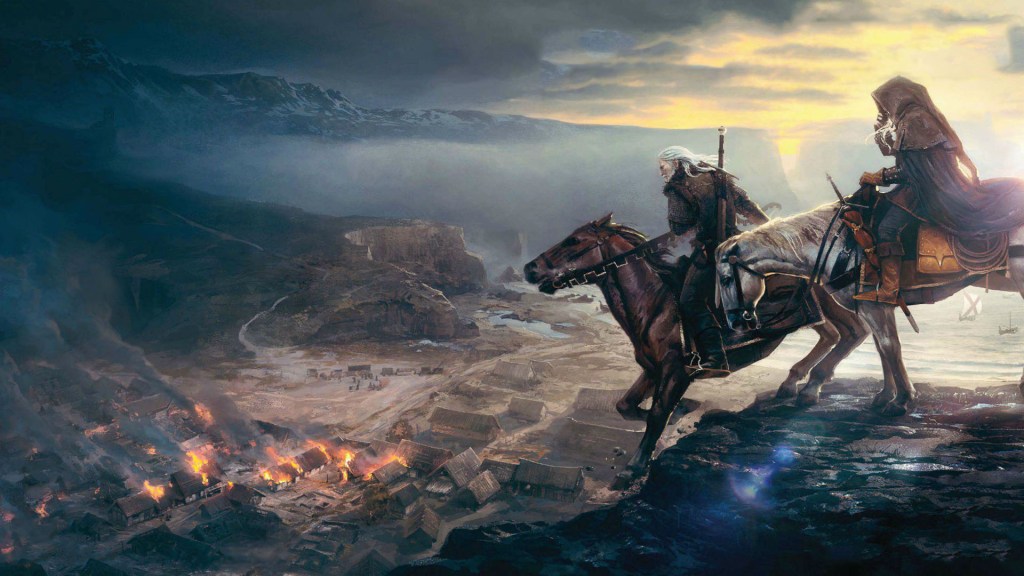 CD Projekt Red took their time making sure on launch day that the game had no glitches, and making sure this was a game that old and new Witcher fans will enjoy. With so much FREE downloadable content you can never get bored of the game, the visuals in this game are absolutely breathtaking. You will get lost in time playing through this huge open world. I feel like with all these DLC’s and massive open world, it’s actually more than 200 hours. If you haven’t picked up The Witcher 3: Wild Hunt, you should! Trust me, you don’t want to miss out on the best RPG out.