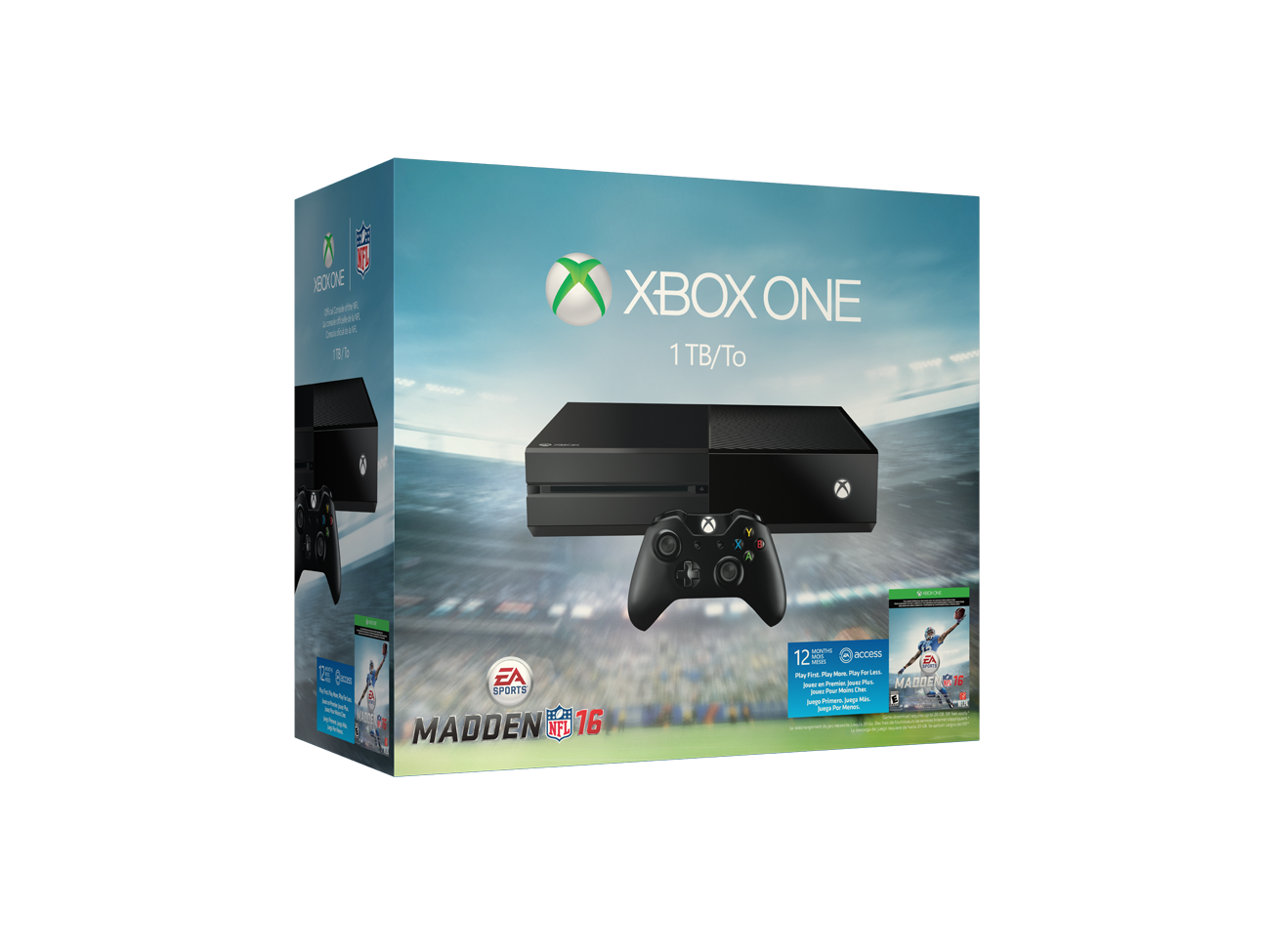 Microsoft has a treat for NFL fans in the U.S. and Canada. The company is gearing up for football season in the best way possible, with an Xbox One console with a 1TB hard drive and the full download of “Madden NFL 16” that you can be play when the game launches on August 25th, but that’s not all. Players will also get a year subscription to EA Access. What does EA Access grant you? Players will get access to The Vault, this is where you will find a collection of amazing titles that are free-to-play anytime, as well as saving 10 percent on all EA digital purchases.

EA is also giving members the chance to play upcoming EA games for a limited time, before they are released, along with giving you the ability to keep all your progress if you do decide to purchase the game. So, this means that you can play Madden NFL 16 starting August 20th before the full game is released on the 25th, this is only for the Xbox One (sorry PlayStation 4 fans).

Madden NFL 16 will bring back some of your favorite Madden NFL modes: Connected Franchise, Ultimate Team, and last year’s new mode, Skills Trainer. Players can also look forward to brand-new modes like Draft Champions, a Madden-style take on fantasy football. New and improved controls which will give you more playmaking options on both ends of the play. New presentation modes will make you feel as if you are watching a prime-time broadcast.

The Xbox One console with a 1TB hard drive Madden NFL 16 Edition is priced at $399 USD, you can pre-order the Xbox One Madden NFL 16 Bundle at participating retailers now. Keep an eye out for the bundle when it hits stores Aug. 18.