SMITE for Xbox One [Review]

Most of you already know how much I love MOBA and eSports games and that I’m a huge SMITE player. Ever since I was able to take part in the beta, I’ve been hooked. The game, Smite, focuses on Mythology and features many gods that players may be familiar with like Medusa and Zeus. The difference between SMITE and other MOBAs is that it’s third-person point of view with a top-down camera style. With all these new elements players were interested in playing the game, even though most weren’t comfortable playing with a keyboard and mouse.

For those people, Hi-Rez Studios decided to bring the popular game to the Xbox One. I know some of you may have felt like this wouldn’t end well, I myself was a little on the fence when I heard the news. No company has tried to take the elements of a MOBA game that works wonderful on PC and bring them to the Xbox One. Many players wondered if they would be receiving the same gameplay and experience that the PC players have grown to love. 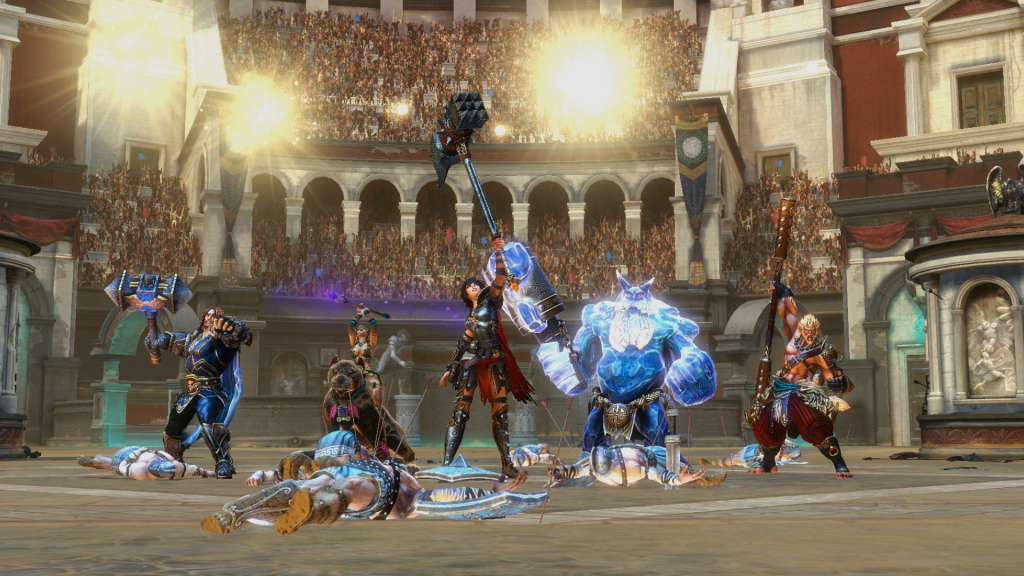 SMITE offers a very diverse collection of Gods, you can pick a God from Greek mythology, Mayan, Chinese, Hindu and more. Each God has an extensive background and gives the character its abilities based on its lore. If you’re like me, I read every characters lore and the ones that I find interesting I take into battle and focus on mastering them.

The game offers five core game modes, in addition to core five, you’ll also have what is called “The Game of The Day”. The main objective in the game is to take down the enemies Tower – Phoenix – Titan (expect in Arena).

Arena– which is the most popular mode in the game offers a 5v5 and is set in a coliseum theme, you have time to collect “Buffs” before the minions come out. These buffs give you extra power throughout the game. You and your teammates will decide who gets which buff. Once the minions are released you and your team must take out the opponents minions and stop them from entering your side while also taking out their teams Gods.

On the side of your screen you will see a counter, this counter shows the score of each team, letting them know how far, or how close they are to winning.

Conquest -is also a 5v5, but offers a three lane map and a jungle that sits in between the lanes. This map offers a more MOBA map experience, but get ready to play for a while, not like Arena where the longest I’ve played a game was 25 minutes. Conquest lasted for 50 minutes, that was the longest set.

Siege – is a 4v4, you have two lanes, a jungle, and a Siege monster that comes to your aid.

Joust – is a 3v3 that offers one lane, with Buff camps on each side.

Assault– offers a 5v5, but with a twist. You can’t pick a God, the game picks a God for you to play. If you are not comfortable with that character you have the ability to swap out with a friend who has the God you like, otherwise you’ll be left to play as the character given. Assault is a good way to learn how to use a God you may not normally pick – and who knows, you might actually start to like playing them.

Let’s face it once Hi-Rez announced that they were bringing their popular MOBA game to a console system, players that have been playing on PC had their reservations. The ones that never wanted to try a MOBA game, because of the keyboard and mouse, became curious and might have even changed their minds about trying out the game.

The controls are easy to adjust to once you find the set-up you’re comfortable with. Accessing the store and leveling up your characters ability is easy, but those of us that have been playing SMITE on PC will find the store has a different look. Once I started to play more frequently on the Xbox One, the controls became easier to use making me feel more comfortable playing. Almost the same level of comfort I felt while playing on PC, with my mouse and keyboard. 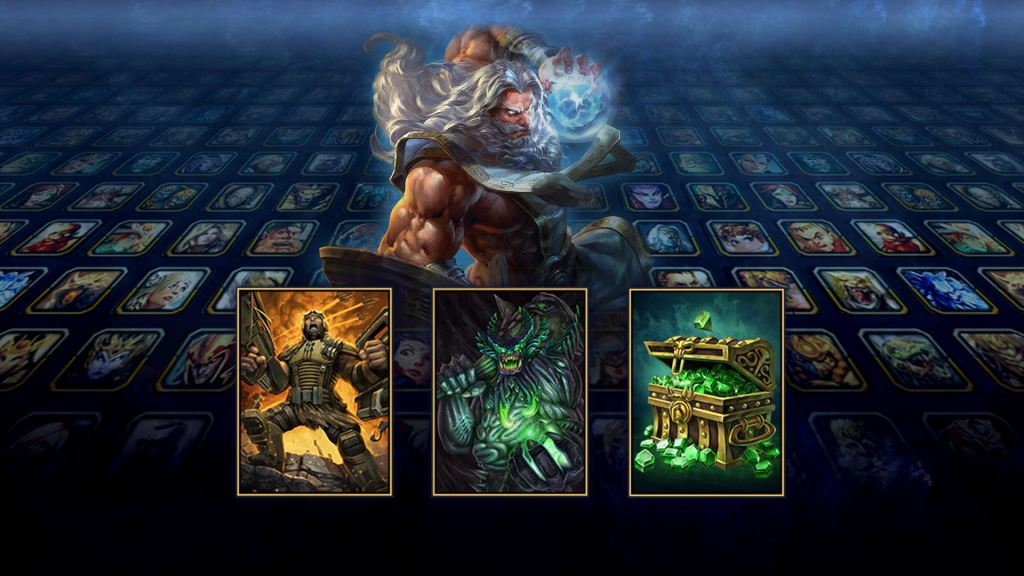 Players will be able to own all Gods, including new God’s once they are released. Even if you don’t like all of the Gods, you’re actually better off getting the pack because you will get 400 gems to spend on new skins, or voice packs and it will only cost you $29.99.

Another cool feature Hi-Rez offers, is allowing you to do a one-time transfer to the Xbox One. This means some of your PC progress will be transferred over, howvever this does not include your master gods, gems and stats or actives. 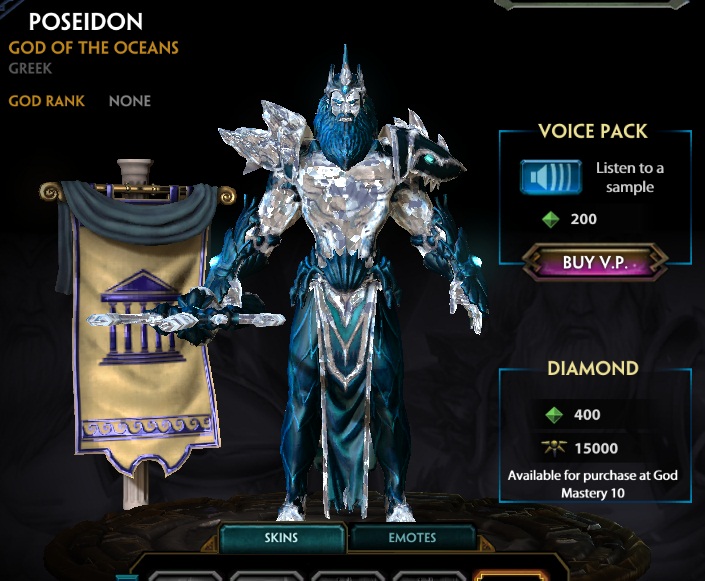 In MOBA games communication plays a big part, it’s easier to set up an ambush if everyone on the team is on the same page, this is actually where the game falls short. I had a hard time getting people on the mic so we couldn’t set up a game plan and typing out basic commands was a nightmare. Some players didn’t know the short command codes, or just felt it took too much effort during the game. 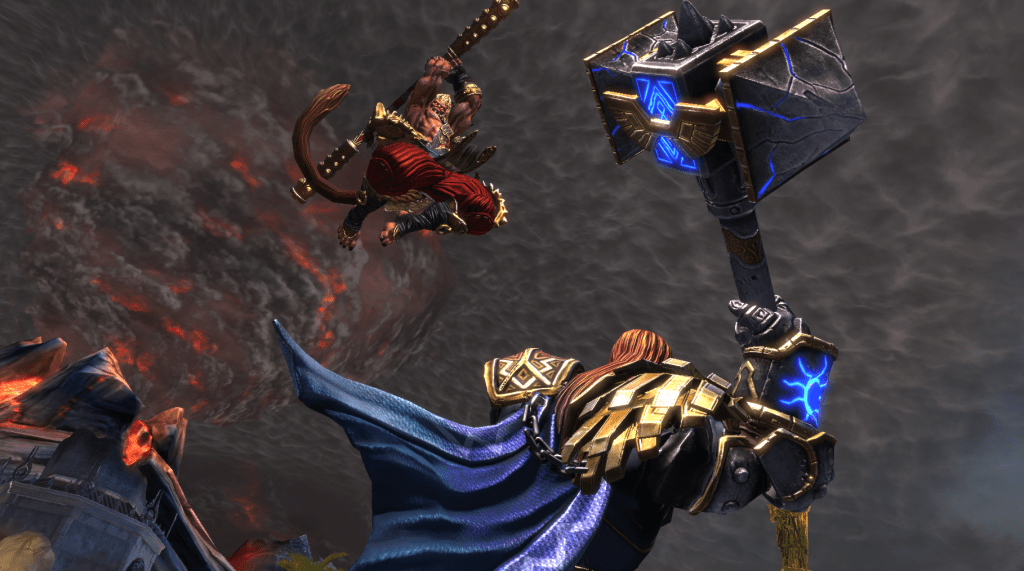 The question that everyone was asking; “Can a MOBA game do well on console system”. The answer – yes. Hi-Rez did a fantastic job translating a PC MOBA experience to the Xbox One. You can’t tell the difference in gameplay. The only thing that’s different is the interface. The game modes and all the different Gods will keep players intrigued. If you’ve never played a MOBA game before, SMITE is definitely the game you should give a try!!.

OnePlus has added truly wireless earbuds to their lineup with the OnePlus Buds. Announced today, the OnePlus Buds are available in three different colorways but limited...

When it comes to headphones, I’m no stranger to the hunt for something sort of minimalist design while still keeping the fun colors that you can find with beats...

5 Things About the OnePlus 8 Pro – Review

My experience with OnePlus is limited since I started by reviewing the OnePlus 7 Pro. With the pandemic going on, we didn’t get an in-person event to demo the...

Verizon understands cord-cutters. They first offered Mix and Match service where you can pick which services you want, even if it’s internet service only. Now...

What You Need to Know About Hard Drive on Macbooks

5 Things About the OnePlus 8 Pro – Review