It’s football season, and if you are an official sponsor of the NFL, you get some pretty sweet perks. Bose graciously invited us to join them for a game and share some of their perks. It was an evening of great food, awesome tech and the NY Giants pull out their first win of the season by beating the Redskins 32-21. The tension in the air when we got to the 4th quarter was crazy. Sure the NY Giants were in the lead but as the last couple of games have taught us – this means NOTHING. Even the hated Dallas Cowboys enjoyed the collapse at their expense. Sidebar: I would love to catch a Giants vs. Cowboys game.

When initially approached to replace Motorola as the NFL’s official headphone sponsor, Bose said no. Sean Garrett, VP of Consumer Electronics Product Engineering, took a few moments to explain why and how they came to now be the Bose is the official sound of the NFL.

Bose doesn’t just make headphones and other audio equipment, they create problem solvers. They knew that they wouldn’t be solving any problems by sticking their logo on a pair of headsets that were manufactured and designed by someone else. They also knew that even though they’ve been making noise-canceling headsets for over two decades for aviation customers and the military, the NFL would be an entirely different ballgame. To give us a better idea of how the 135-decibel cheer of 50,000+ fans can pose a problem for coaches to communicate plays, they gave us a demo. 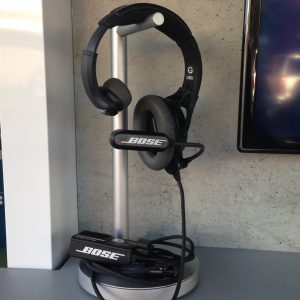 The demo allowed you to listen to what coaches hear during a game. We were able to listen with the noise cancellation turned on or in standby/off. The difference between the two was incredible. When I activated the noise cancellation, I was able to hear clearly the plays being called crystal clear. While in standby mode, I found it hard for me to zone in on what was being said. Admittedly, there is still an impressive level of noise being blocked out in comparison to now wearing the headset at all. Have you ever struggled to try and hear yourself think in an overcrowded restaurant? Imagine that multiplied by 100 and being a coach with only 40 seconds to call a play. The work put into crafting a headset that would both allow you to tune in to what is being said to you, and feel and enjoy the sound of cheering fans, is very precise. This demo gave me a new admiration for NFL coaches as well as Bose.

When we got to our suite and found our seats, we were enamored by our view of the field and the great selection of food and drinks offered. If any of that wasn’t enough, we were taken down to the sidelines for more of a live demo. For a minute, I was in complete awe. After a few selfies and fan girl pic taking, I noticed more and more fans filling the stadium and the noise level rising. We were then able to live demo the coach headsets from right on the sidelines. The original demo already sold me on Bose being the best choice for the NFL, but experiencing the noise cancellation from the sidelines was a whole other experience. When you’re in the midst of cheering fans, it is hard to hear yourself think let alone the person next to you. With the noise cancellation activated, not only can you still listen to the excitement of the game, but you also can hear the people you need to communicate with like they are standing next you. 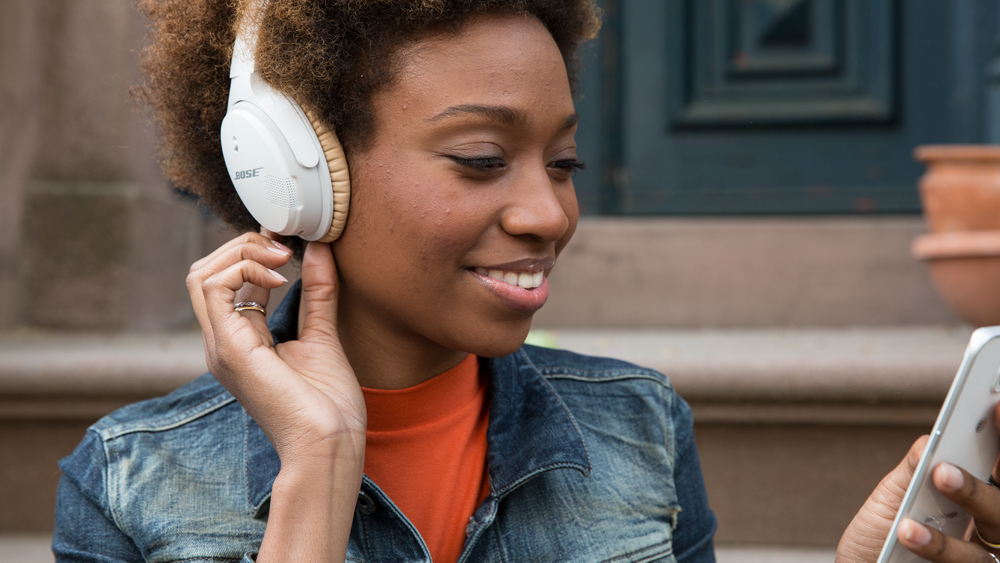 In real life, I will never need to hear a coach call plays but this experience has raised the bar on what I will expect from any noise cancelling headphones from here on out. Bose ended an incredible evening by letting us demo their newly released SoundLink® Around-Ear Wireless Headphones II. We had the option to stream from our own devices or from a selected playlist they streamed from Microsoft Surface Pro 3’s. Not only was I impressed by the playlist, which consisted of Jay-Z, Kanye and a few other favorites, but I was also impressed by the sound. There were people all around me talking, laughing and even testing out the headphones for themselves, and all I could hear was the music streaming to my headphones. I heard every note, lyric and adlib like I was in the studio while it was being created. Initially one of the better pair of headphones I’ve ever used. We were each sent home with our very own pair of SoundLink® around-ear wireless headphones II in our choice of black or white. While I am still in NY for a few other events, I will test out my pair while I hop from event to event and up and down the subway. Once again we would thank Bose for inviting us. It was a very memorable evening that we will never forget, I think I am now officially an NFL fan.