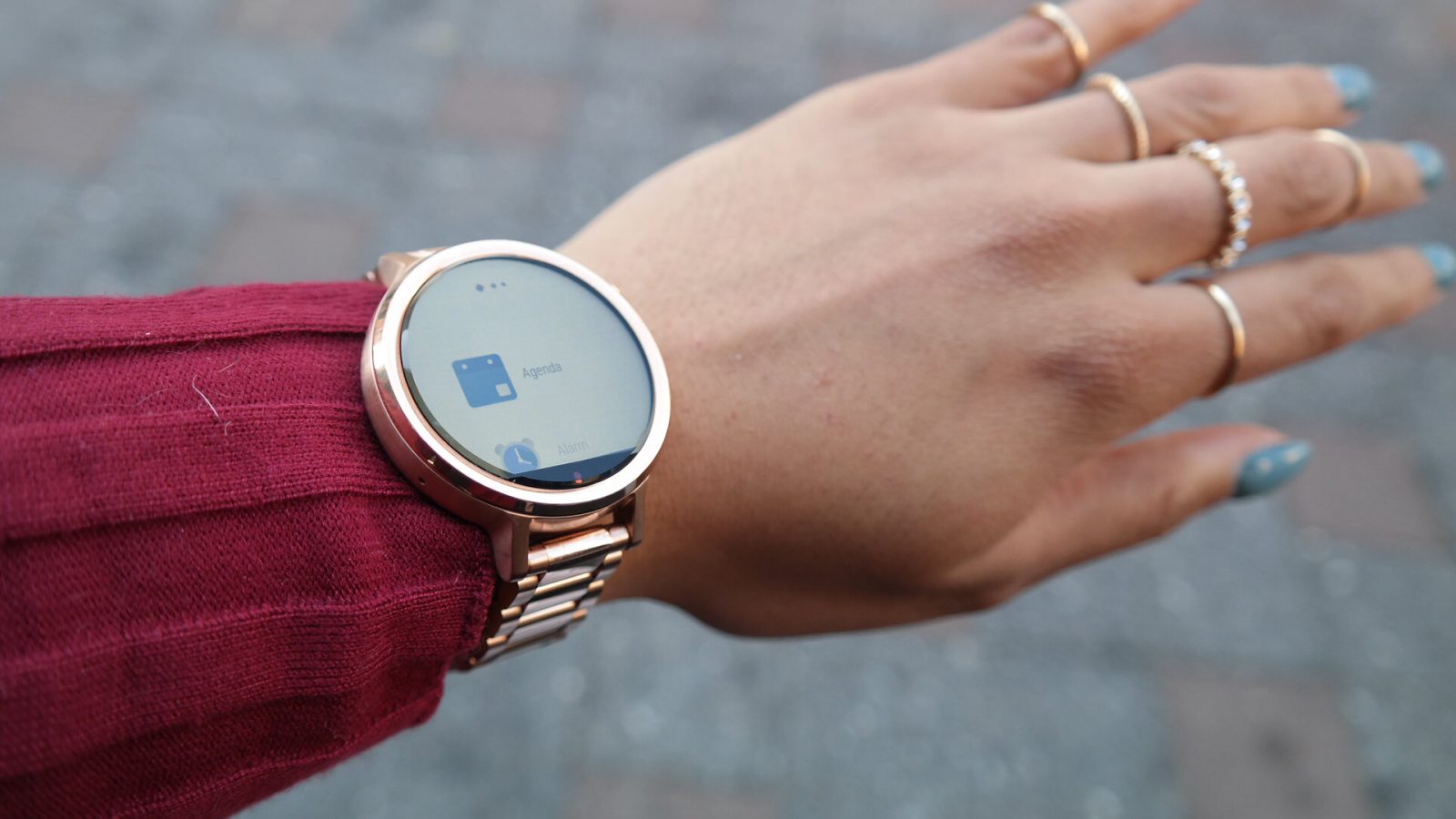 Facebook Twitter Pinterest Email
The second generation Moto 360 smartwatch brings a few more options. What do you we think of the new customization options and processor? 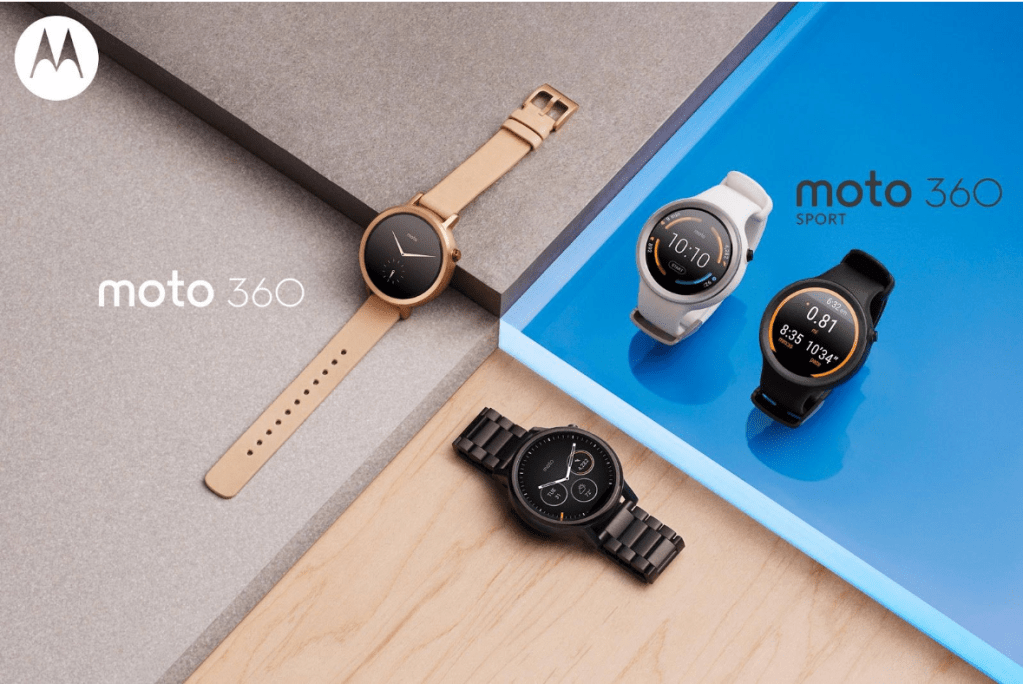 I jumped on the wearable game for a while now. Being able to play with gadgets early on. I reviewed the first generation Motorola Moto 360 Android Wear smartwatch last year. You can read that review here. I’m back to give my opinion on the second generation Moto 360 which was announced back in September. Here’s a refresher on the specs

This time around the design and build of the Moto 360 is different. The Moto 360 can be designed and customized in Moto Maker. After you pick the size of the style/ size of the display, you can pick the bezel, case, and band. There’s a lot of options and combinations you can come up with. I picked the 42mm women’s collection with rose gold everything. The button is now in the 2 o’clock position. The bands also have levers to quickly remove and attach them from the case of the watch. The microphone is still on the bottom left.

I was sad to see that Motorola didn’t ditch the flat tire. It’s not a deal breaker for me since I was used to it from the first generation. But it would have been nice to see it updated. Here’s hoping to the third gen for the full circle.

When it comes to Android Wear watches, the experience is pretty much the same between all AndroidWear devices. The difference in experience is in the build of the watch, visibility of the display, and most importantly battery life. The new processor on the 2nd gen 360 makes for smooth sailing and swiping around. I used it side by side with the first gen model, and there is definitely a difference in performance.
I do wish the rose gold, and wrap around leather band options were available for the 46mm display because I enjoy large screens. It’s been a bit difficult to get used to the smaller screen since my first gen Moto 360 was larger.

With the Android Wear updates, and many apps being available for Android Wear, the experience has gotten a bit better. I like having my watch on wifi, and getting guaranteed updates. It’s also cool that you can pair to an iPhone (iOS 8.2 and up). You may not get all the features available on Android, but you’ll have basic notifications on a dope looking watch. You can check out Android Wear apps HERE

I do wish that you could pair the watch with more than one device. I use multiple devices, and I don’t like having to reset the watch every time I use another device.

As for fitness, I wouldn’t use my watch with the metal band at the gym. It would just get in the way, and I’d find it pretty annoying. I hope they bring the band from the Moto 360 Sport, so I can switch up bands when working out. I’d use the watch’s 4GB storage just for my gym music, pair it with wireless headphones and get my workout on distraction free.
For now It’s cool to get steps and heart rate activity on-the-go, even if it’s not my main focus for the watch. I won’t rely on it for health stats, like I do a fitness/activity tracker. 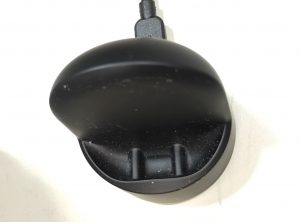 Battery life has improved slightly. I use the watch for Google Now alerts for the most part, so the battery does last me nearly a day and a half. And that’s with the watch always on, but only a few (priority) notifications. The watch doesn’t take long to charge either, which is pretty cool.

The 2nd gen Moto 360 smartwatch starts at $299.99. It goes up depending on the finishes / materials you use. Depending on how much use you make of it, or how much you want customization, the price may or may not be too steep. You can build your Moto 360 watch HERE 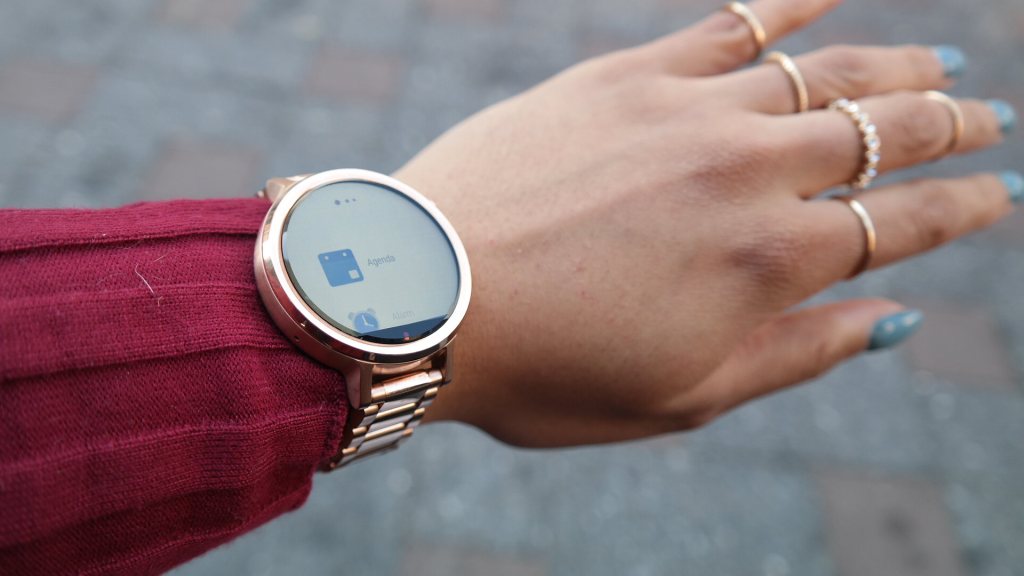 I love the 360 being on Moto Maker and allowing for smartwatches to be one step closer to looking like regular watches, and personalized watches at that. The new chip makes for smooth operating and swift swiping. But I mostly just enjoy looking at my watch. It fits me, it fits my style, matches my statement necklaces, or is the pop accessory I need for an outfit.