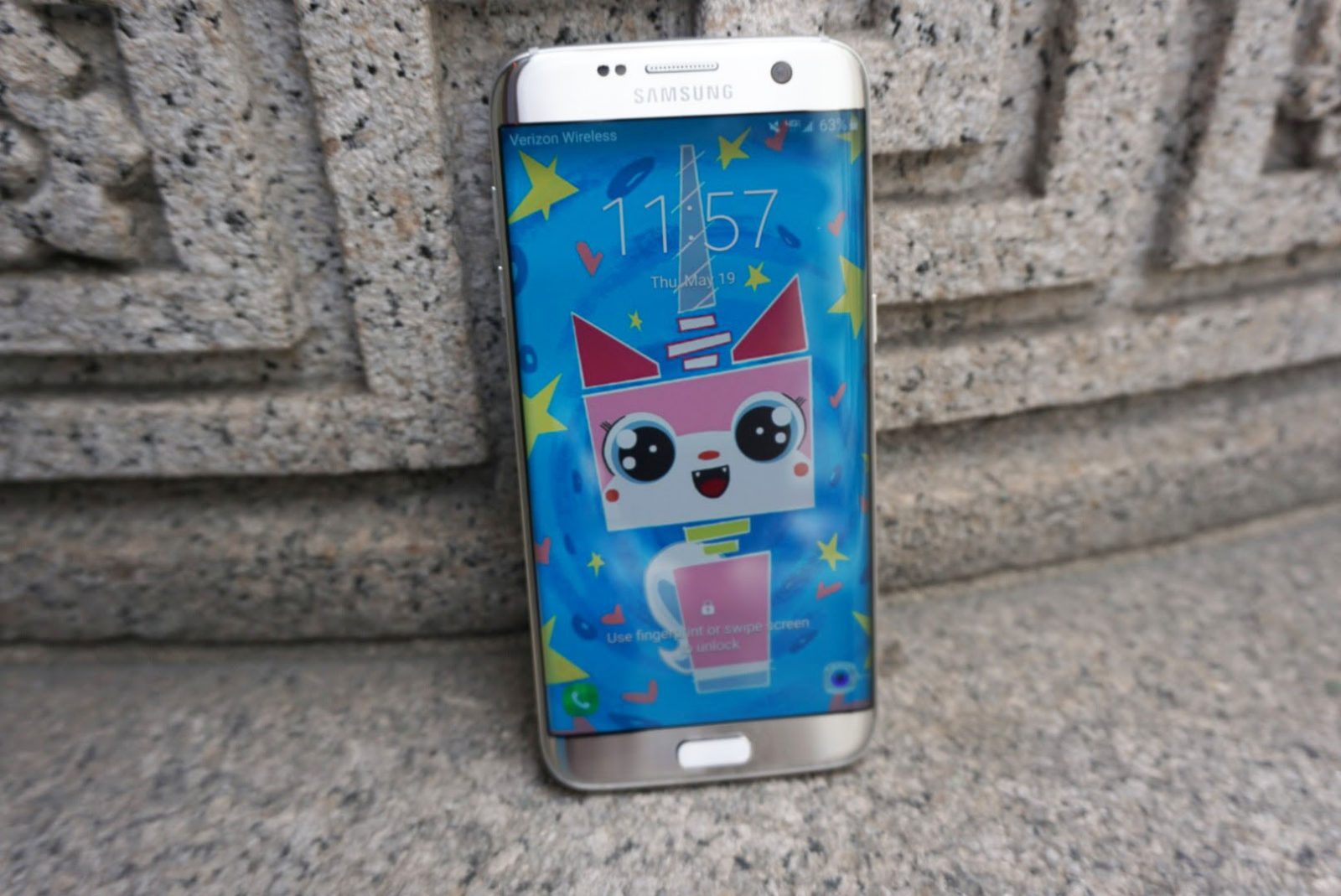 Facebook Twitter Pinterest Email
The Galaxy S7 Edge has received a lot of praise since its release. Is it really the perfect Android phone? Best Android phone of 2016?

I was late in the game on getting the Samsung Galaxy S7 Edge. When Verizon decided to loan me one to review, I was hype. I’ve reviewed all of Samsung’s flagships, and with all the buzz around the Galaxy S7 Edge the excitement for the new flagship was still there. I tried to stay away from reviews and impressions to form my own opinion objectively, but it was impossible to escape the raves about the camera. I couldn’t wait to put the Galaxy S7 Edge to the test myself!

Samsung didn’t skimp out on the specs of the S7 Edge. Refresher below: 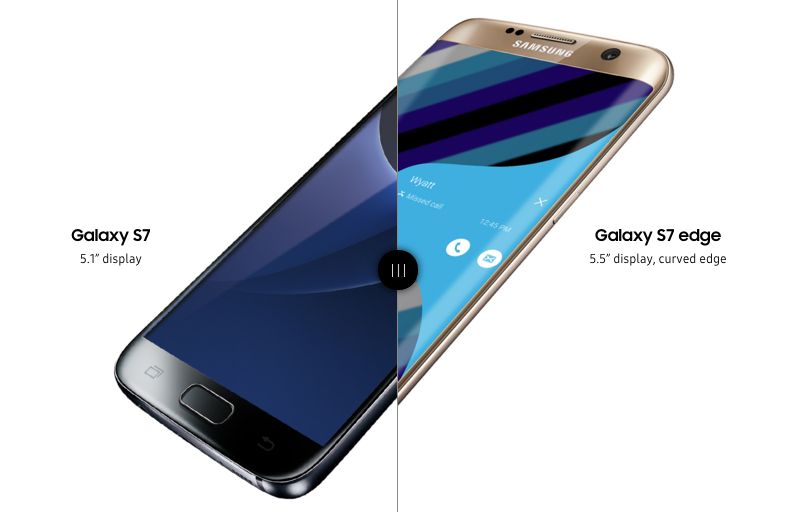 The Galaxy S7 Edge is a looker. Before reading specs, before getting a feel for the phone; you will definitely notice it from the lineup of 2016 flagships. It looks like Samsung combined parts of their other phones. Similar to the 2015 Samsung Galaxy S6 Edge, the S7 Edge has a stunning metal body. It has curved displays on both sides of the screen. But it also has curves on the back (like the Galaxy Note 5). It’s not quite as large as the Note 5 or S6 Edge+, even though it’s well in the same size category. The metal body is a fingerprint magnet. You will find yourself rubbing your phone on your clothes often to keep it shiny and smudge free. 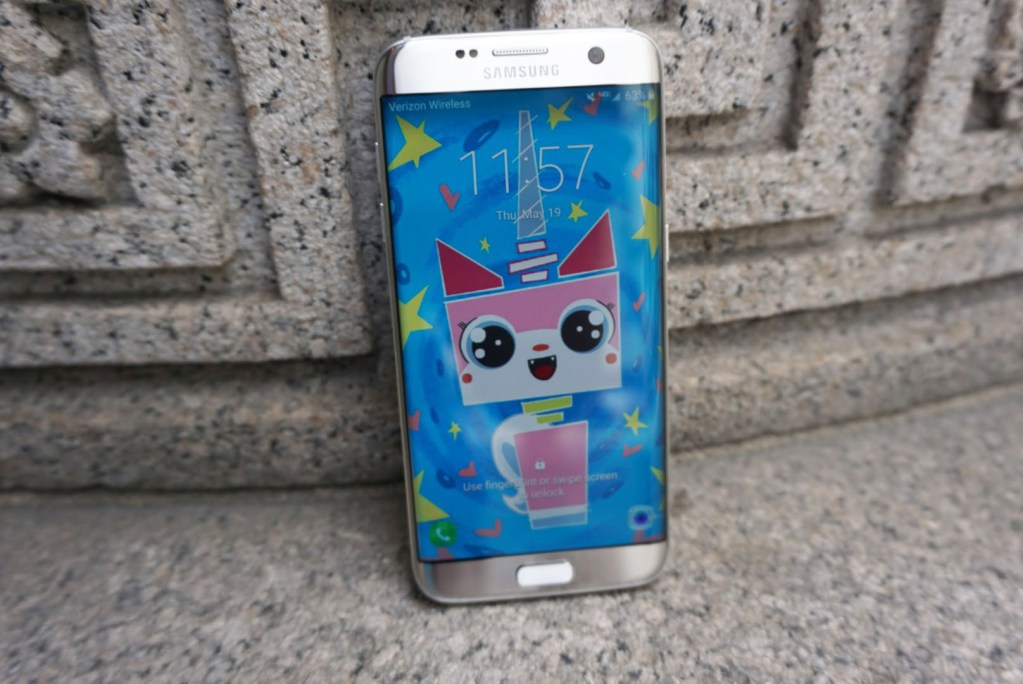 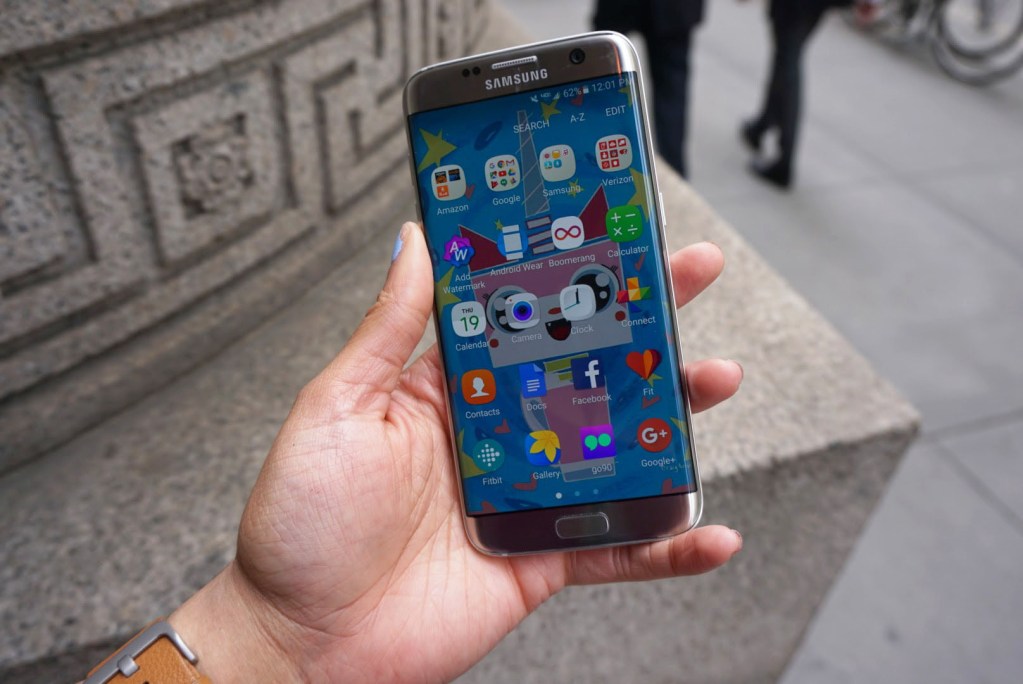 The 5.5 inch display is a beauty. There’s no denying that. Like the Samsung phones you’re used to, you get a big bright screen with saturated colors. The screens goes from edge to edge, making use of both sides. You can pick which position to display the “Edge Panel”. The edges are a bit sharp for me, and if I wasn’t going to get a case already (you know I always do), this would make me get one since it feels a bit uncomfortable.

The software on Samsung Galaxy devices is an issue for many due to its bloat. After a bit of improvement of TouchWiz on the Galaxy S6, I was hoping for more improvement on the Galaxy S7 Edge with the addition of Marshmallow which also seems super clean. I am happy to say that even after a couple of weeks of use and loading my usual apps I didn’t feel lag or freezing like other devices. Samsung has really learned to optimize TouchWiz. It’s not as clean as most would like, as you still have double apps. I love that the apps are organized into folders from the beginning. Google apps, Samsung apps and even bloatware apps from carrier (in this case Verizon Wireless) are in a folder.

This is where I highlight my favorite features of the Galaxy S7 Edge and / or what makes the phone stick out from everything else.

Edge Screens – The curved screens on both sides of the Galaxy S7 Edge are great for 2 reasons. Now they are more useful and can be used on either side (as opposed to just the right side of the screen). You can put the edge screens that are most useful, whether it’s your calendar, apps or weather. Swiping through and getting notifications quickly is pretty dope 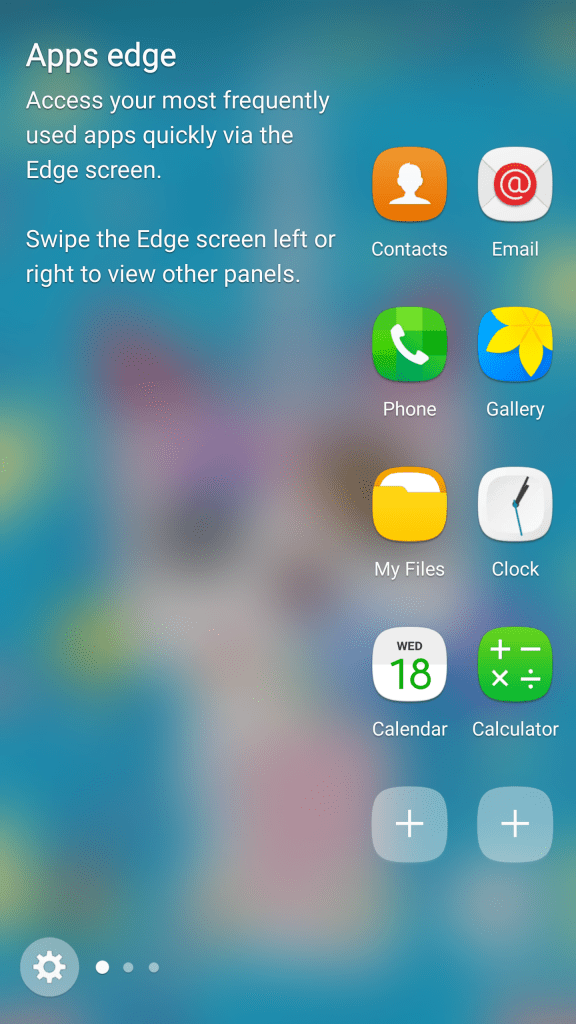 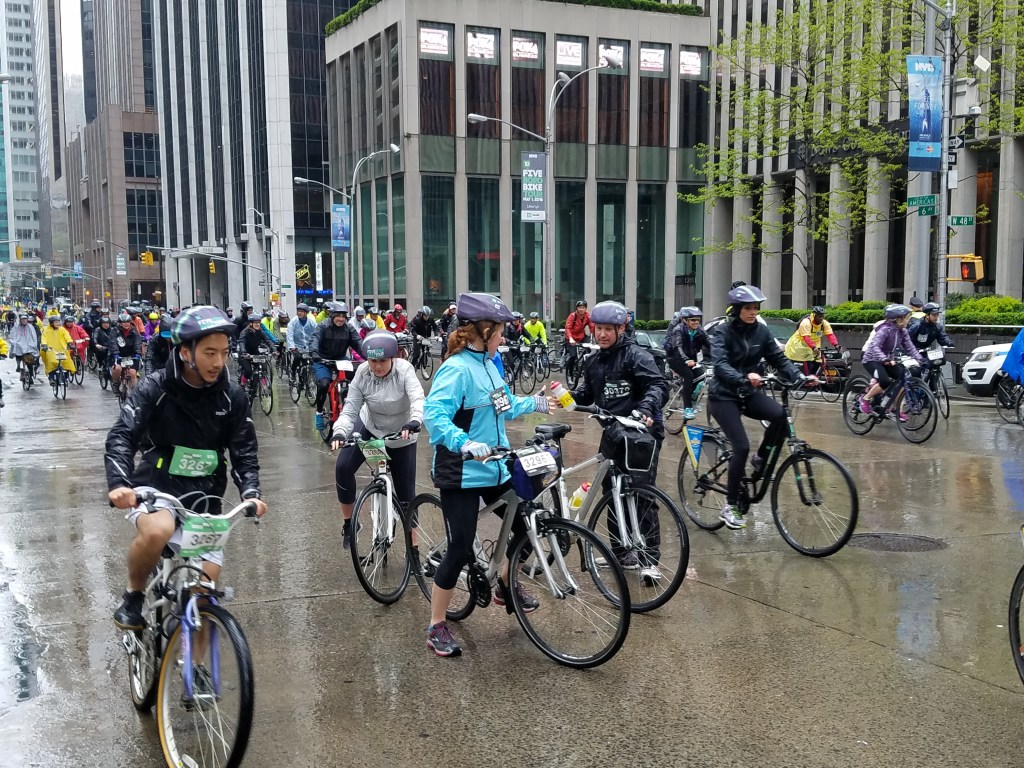 Samsung brought back the waterproof feature. If you remember the Galaxy S5 was waterproof, then Samsung exchanged that on the Galaxy S6 Edge for a nicer all in one metal body. It’s great to see that Samsung listened to concerns, keeping the luxurious build adding the water-resistant rating and even expandable memory. The day of the New York City 5 Borough Bike Tour, it was raining heavily at times. I was able to snap pictures quickly with no problem and most importantly no fear. 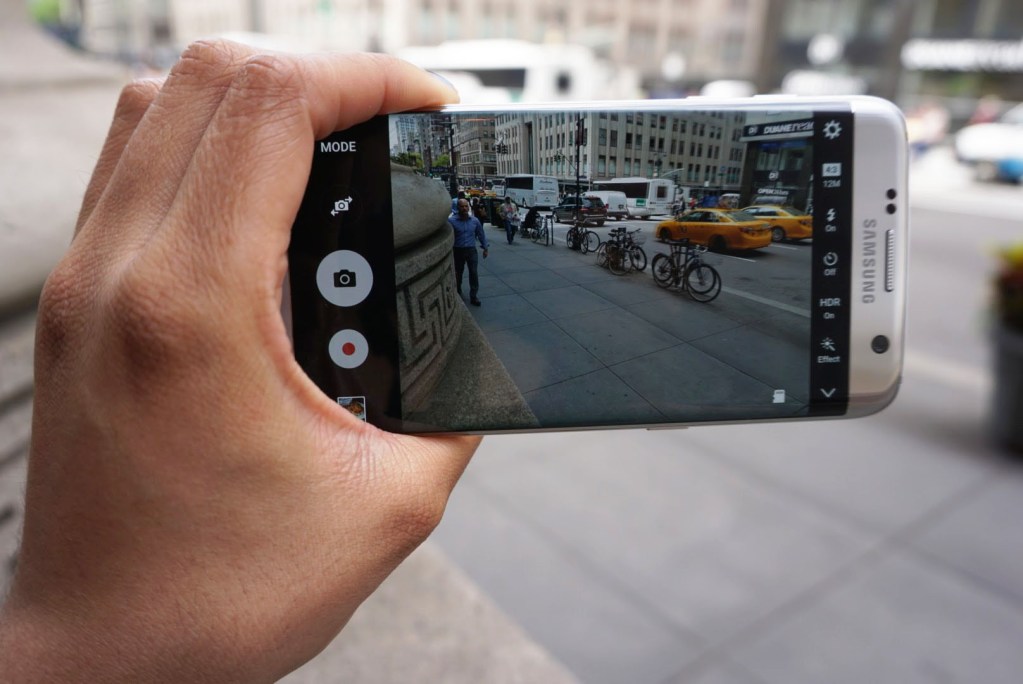 After the S6 and Note 5 I was psyched to see the camera on the Galaxy S7 / Galaxy S7 Edge. Samsung still has the Quick Launch shortcut, where you double click the home button and it launches the camera. One of my fave features overall since I like to snap pics of literally everything.

The camera definitely doesn’t disappoint on the Galaxy S7 Edge. You get super crisp pictures with great colors. Sometimes the exposure is too much, so I move the slider a bit down before snapping. 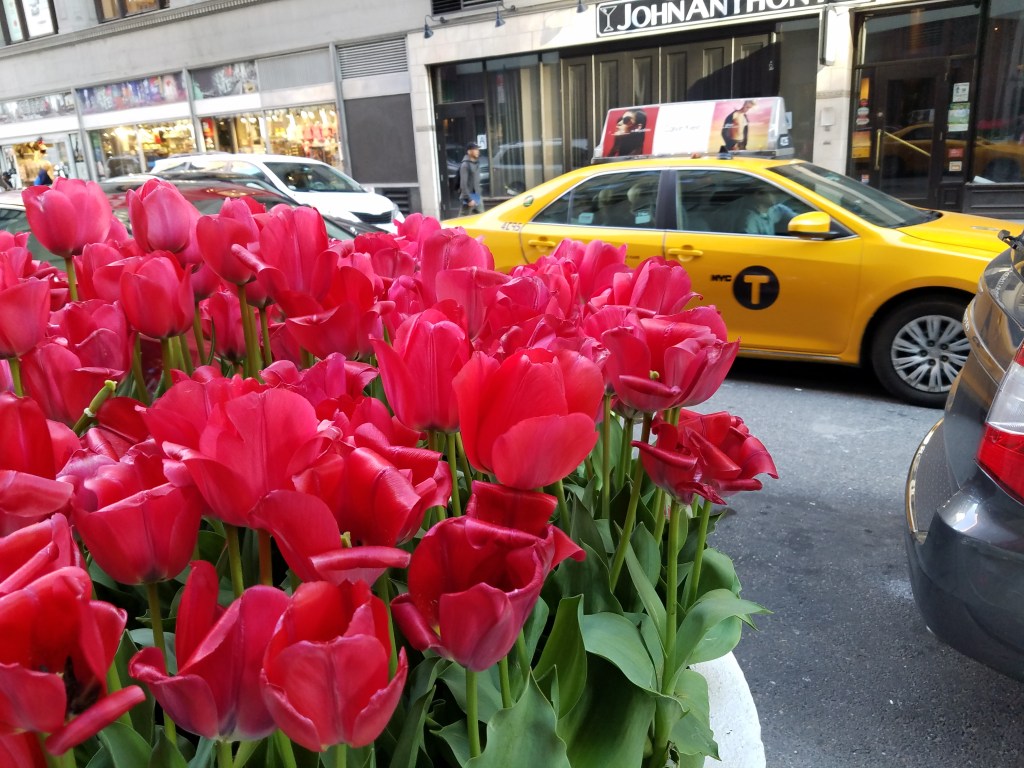 Selective Focus is still one of my favorite features to use. It gives a dramatic bokeh effect on pictures, that I love. I usually use it on my flowers in the city pictures. I usually use the camera on auto without a problem (I just lower the exposure a bit), but for those who take mobile photography seriously, Pro Mode on the S7 Edge allows for custom settings. You can save these custom settings so you don’t have to adjust them every single time. Pretty cool.

The front-facing camera is one of my favorite selfie cameras. Sometimes it overdoes it on the exposure, but overall it takes decent pics. Beauty mode is awesome for those days that I just don’t look the part. It seems they have toned down the blur a little as well. On the S6, Beauty Mode would blur my nose into my cheeks. I still don’t use it more than level one to keep the picture looking realistic. You can see some selfies I took in indoor, outdoor, and night lighting.

The S7 Edge has an embedded battery. The battery lasts me a pretty long time. With the fast wireless charger, you can charge up — you guessed it — fast. Using the screen with medium brightness will kill your battery faster of course. You can use Ultra Power Saving mode to kill all smartphone features, and make your phone last longer (it does that by turning off location, and turning the color of the screen to grayscale). The phone will overheat when on the fast charger.

I was using the Galaxy S7 Edge on Verizon Wireless service in Manhattan, and Queens New York for the most part. Verizon has great coverage as expected. One of the gyms I go to is actually in the basement of a building and I had a bit of coverage there. 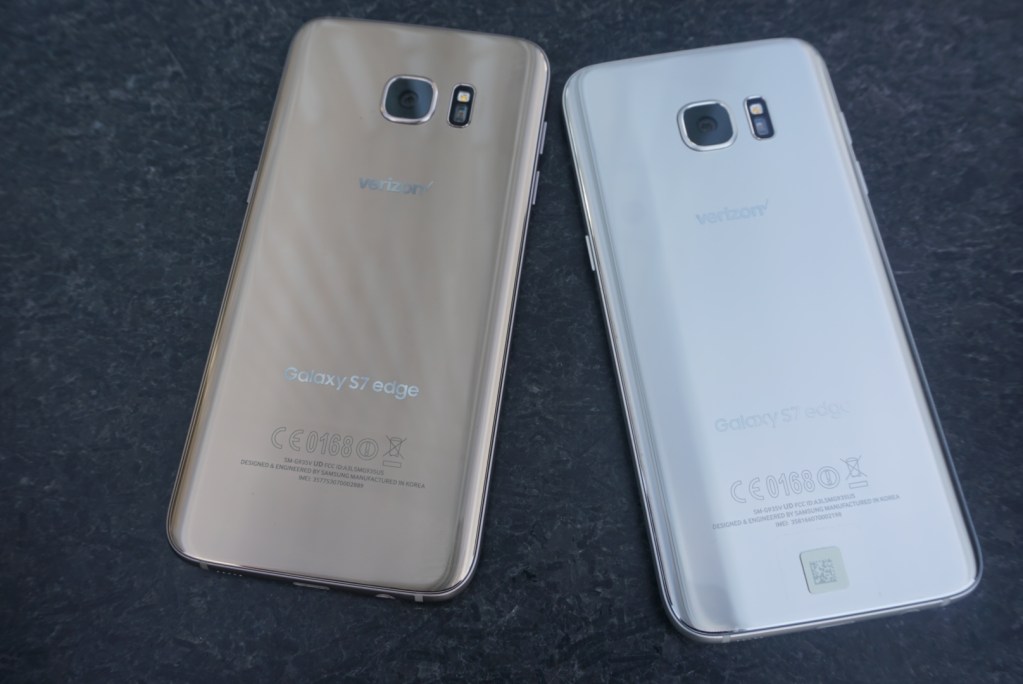 As you probably kept hearing everywhere, you can’t lose with the Galaxy S7 Edge. I suggest investing in a case for the S7 Edge. It’s sleek and slippery and will definitely fall out of your hand and/ or pocket. I feel that even if a case made it bigger, it will make it more comfortable / easier to hol.d If the S7 Edge is too large for you, you may want to go with the Galaxy S7. The phone is smaller, so it will have a smaller battery as well. 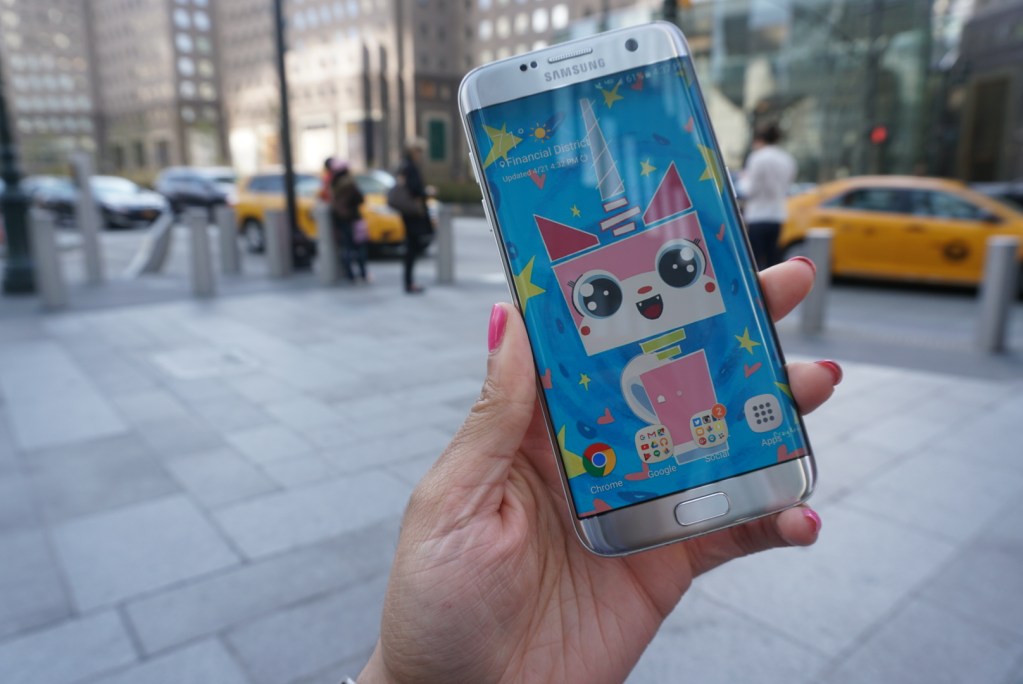