Foursquare And 9 Years Ago: The App Is Not Dead

Facebook Twitter Pinterest Email
Once upon a time, Foursquare was the social-location app that had businesses and users alike clamoring to provide their location data through a cutesy check-in process that afforded more than just digital clout. It seemed Foursquare would be the king of location-aware social networks—and for a time it was. So what happened?

Once upon a time, Foursquare was the social-location app that had businesses and users alike clamoring to provide their location data through a cutesy check-in process that afforded more than just digital clout. Foursquare, launched in 2009, was once a social networking-focused app that allowed users to share where they been and where they were, for their friends (and sometimes for all the world) to see. Local businesses, high off the free advertisement and patronage statistics, all eagerly seemed to jump on board, posting Foursquare signs outside their windows, crowning Foursquare Mayors with real-life perks such as significant discounts, free food and access to special events. It seemed Foursquare would be the king of location-aware social networks—and for a time it was. But now in 2018, Foursquare has largely abandoned social. So what happened?

Back in 2014, when Foursquare was at its hottest point in the mainstream, they decided that in order to evolve it would be best to split off its core function into two distinct apps. At the time, competitors such as Facebook integrated location check-in features into their own massive platform. Thus the writing was on the wall that Foursquare would have to do something to stay afloat, less they get swallowed up by a whale. Unfortunately, Foursquare’s decision largely irritated users (myself included), alienated its base and brought undue confusion. When the rebrand happened I remember loudly announcing “what the hell is Swarm and how did it get on my phone!?” and being incredibly reluctant to use it. Nevertheless, the newly split “Swarm” was launched, which housed the check-in features, point/badge collection, mayorships (added back in, in 2015), and pretty much every feature that made the original app entertaining. Foursquare was left to carry the tasks of letting people write reviews, create lists, and turned itself into a City Guides. Essentially, Foursquare became Yelp 2.0 but without nearly the same amount of reach. But they had a plan. 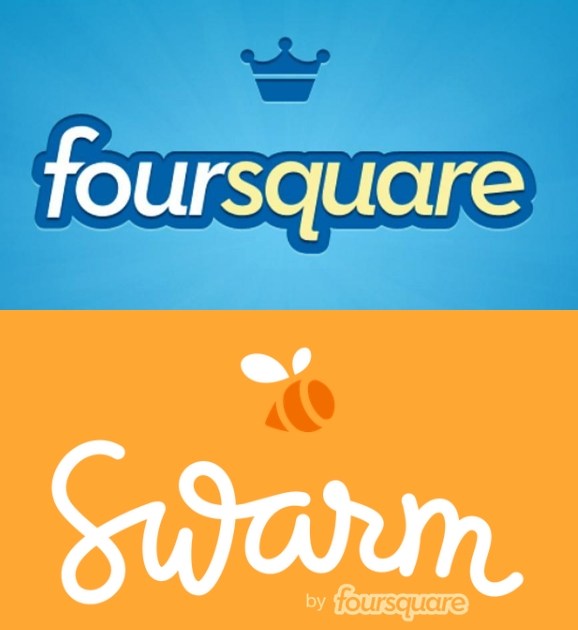 Over the course of a year there was a visible decline in the number of businesses trumpeting the service and offering its frequent visitors and mayors’ perks. The resulting consternation prompted Foursquare to bring back the popular features. Though it was a huge gamble, the refocus and reprioritization of their apps paid off. According to Foursquare’s about page “more than 50 million,” people use The City Guide and Swarm apps each month, they have mapped more than 105 million venues and have “surpassed more than 12 billion check-ins”. Foursquare also said in a review of 2017, that they had at least 50 percent revenue growth, three years in a row. Understandably, Foursquare’s goal was to get out of the consumer business (which was going to be an unsustainable direction) and start courting the enterprise, using their data as the carrot. 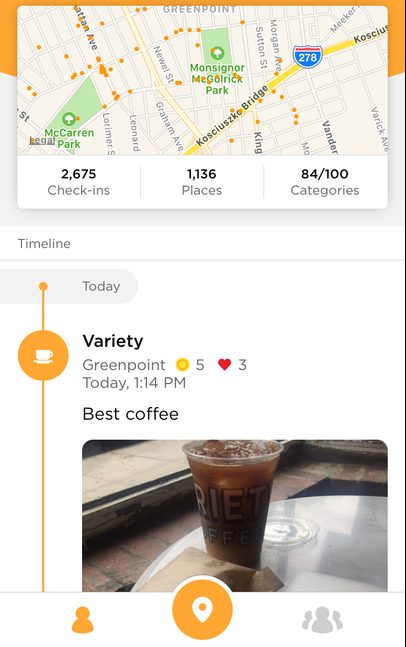 And it’s that data that makes them valuable. By distancing themselves from social, and focusing in on providing data and licensing its tech to other Silicon Valley mainstays such as Uber, they nested themselves into a cushy, and profitable, corner. Foursquare effectively carved a path around the mountain of stronger, bigger competitors that had the capacity to assimilate their entire existence into their own platforms (hello, Snapchat—meet Instagram). Foursquare now is a major player in the advertising and marketing industries through their Pinpoint and Attribution products.

Foursquare’s saving grace was the sheer amount of information that users readily handed over on a daily basis. Users willingly opt-in and their activity drives hoards of data models, analysis, predictions, and sales. Foursquare has largely been shielded from experiencing the typical data privacy concerns that so many of its partners and competitors have because the entire reason for it has always been for a user to tell other users their location history (and then some). The gamification aspect made it almost too easy for Foursquare to build a treasure trove of data and build a sustainable business by slightly pivoting in the space. The app has lived on because they have harvested incredible amounts of information, globally. While that’s not to imply that there was a surreptitious motive behind the idea of Foursquare in the first place; it still puts into perspective the fact that most of these apps are a means to an end. “When asking how can we more easily find, analyze, and archive all data points of a living breathing person and be able to synthesize it into something valuable in the digital space?”, the answer always ends up being “Give the people a fun app for free.”