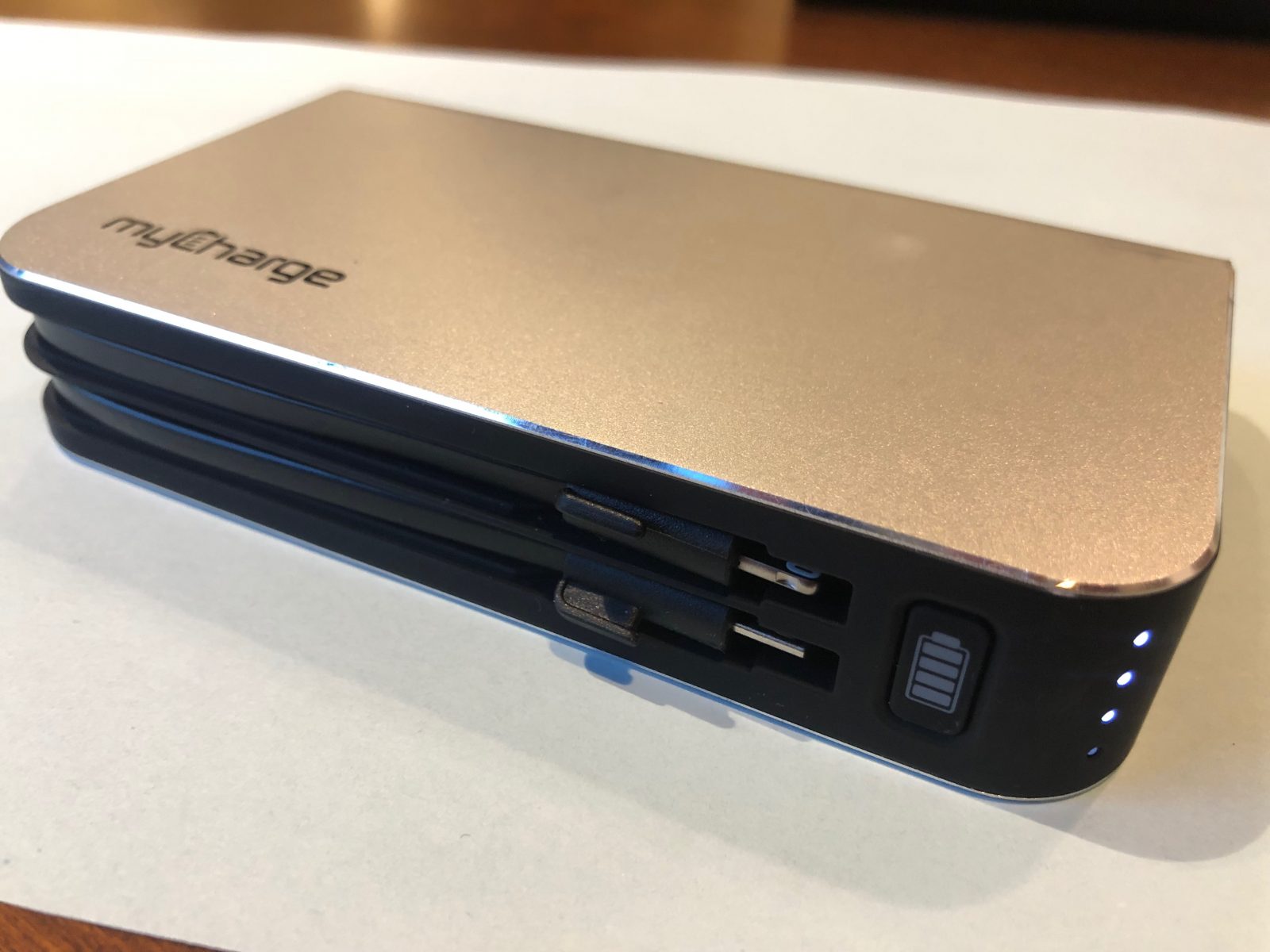 I adore portable chargers and have accumulated a number of them over the years. I am typically oscillating between two iPhones on any given day, burning clean through a full charge in just a few hours of hard usage. So I’m always looking for a portable battery that can handle charging multiple devices, multiple times. I’m happy to share that the myCharge HubMax is everything I could have ever wanted and more.

The myCharge HubMax is a beast of a portable charger, weighing in at a bit over one pound with a 10,060mAh capacity. I appreciate how the myCharge team really thought this product through, adding an appropriate amount of common sense and surprising features. For one, it comes with an integrated Lighting cable, an integrated micro-USB cable and a built-in USB port; all of which allows you to charge iPhones, Androids, and other mobile devices like tablets. Since it’s all built in, you don’t need to carry any cables on you and allows you to charge two devices at once. There’s even a user-friendly button with a battery icon on it that you can press to activate the LEDs that indicate the amount of charge left in the HubMax.

The feature I celebrated the most are the built in wall prongs. My eyes lit up with joy when I flipped the charger over and discovered them. They satisfyingly snap in and out of their housing and allow you to plug up the charger anywhere you can find an outlet when you need to re-juice it. I can’t begin to explain how painful it has been with other portable charger models where you’re stuck charging it via a flimsy (and often lost) microUSB cord, so the HubMax’s wall prongs are super clutch.

The HubMax is a huge battery so once it gets down to zero it takes at least a few hours to recharge. This wasn’t an issue for me since it took a few days to get it down to zero, and to recharge I left it plugged in overnight. What’s probably most impressive about the HubMax is its pass-through charging ability. You can actually charge the power bank and other connected devices, simultaneously. I was also thrilled that right out of the box the HubMax had a 75% charge to it, which made it easy to test right away. The device charging speed is also pretty good, as I was able to get from 0 to full charge on my iPhone 8 Plus in about 40 minutes.

The myCharge HubMax is compact and convenient but also a bit on the expensive side at $99–but totally worth it. It’s solid, built-to-last form factor that will put up with plenty of abuse yet it will easily survive to help your devices live on through the day. If you’re able to weigh value over the price, then the myCharge HubMax Portable Battery Charger is for you.