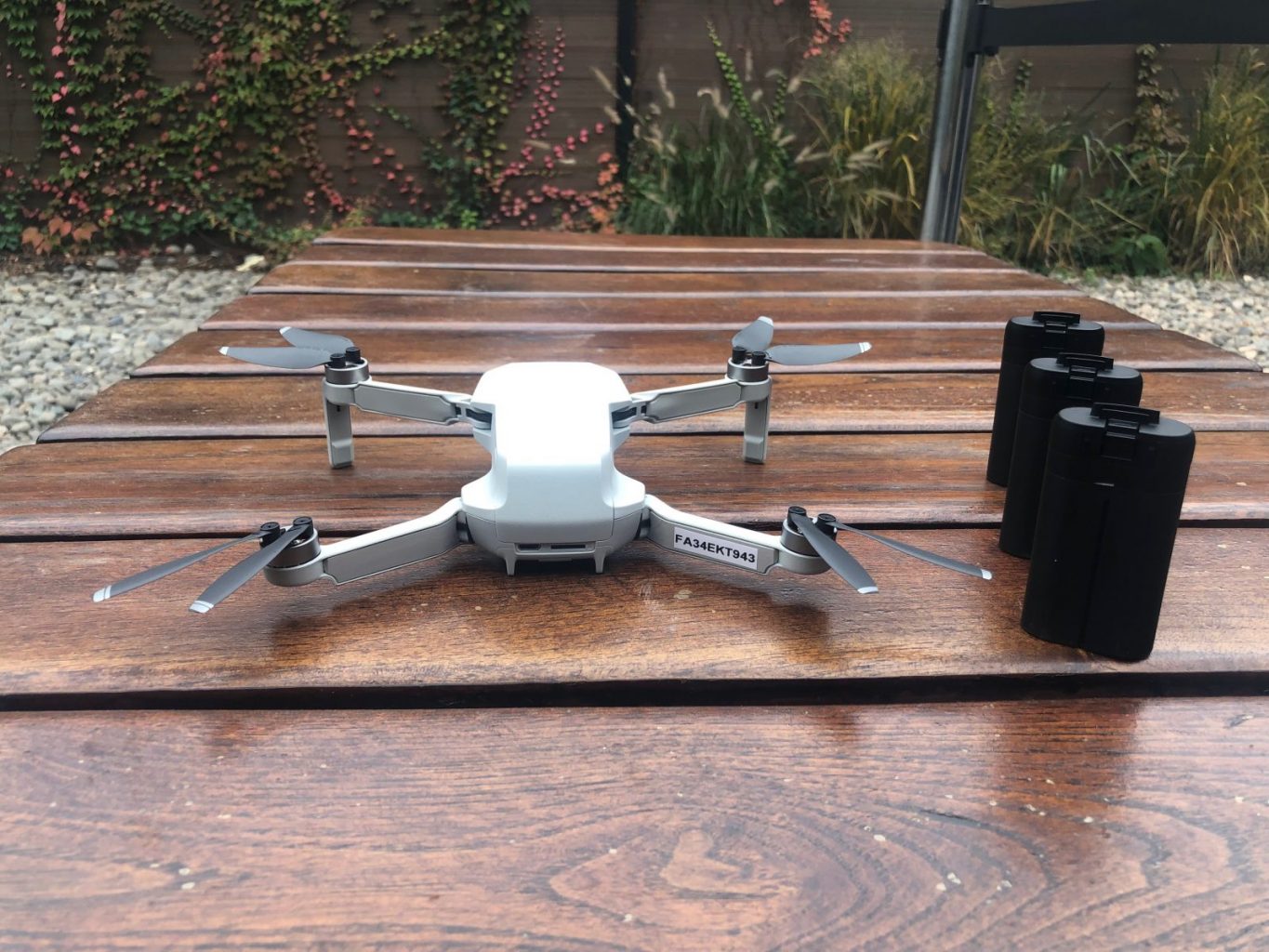 DJI Global has been the market leader in the drone space for several years. Combining high quality camera imagery and reliable hardware at price points that allow from the most experienced hobbyist to casual users to use drones in creative and innovative ways. So it should come as no surprise that DJI has come to market with a new, compact sized drone that further simplifies an already incredibly fun experience–the DJI Mavic Mini.

The DJI Mavic Mini is the little drone that could, weighing in at an almost insignificant 249 grams. However that weight is actually pretty important in both the U.S. and Canada. The governing bodies of aviation, the FAA and Transport Canada, respectively, both state that unmanned aircraft (also known as ‘remotely piloted aircraft systems’) must be registered if they weigh more than 250 grams. So DJI did well to take that registration guesswork out of the equation from jump.

When I say the Mavic Mini is small I mean its relatively tiny compared to just about every other drone on the market that offers similar features. It can easily fit into a small bag or purse, or even a hoodie pocket. Even for its diminutive size, it has strong motors with Scale 4 wind speed resistance; which means it won’t end up gone away with the wind within moderate wind speeds (about 13-18 mph). While that provides some peace of mind, the Mini does not have a collision avoidance system like it’s larger brethren, so that’s something to think about, especially if you fly it on a cloudy day as the Mini’s small body and color may camouflage it in the sky, making it easy to lose line of sight.

However, that’s where the Mavic Mini controller comes into play. It’s actually just a foldable joystick that can mount either to an iOS or Android smartphone, where the phone will serve as your view screen. The controller is outfitted with two long-range antennae. It connects to power and your phone via micro USB port. In the box you’ll get micro USB, Lightning, and USB-C connectors, so you’ll be able to connect to just about anything. When paired with the DJI Fly app, the experience is extremely simplified and even the most novice of drone flyers will get the hang of things in short time. There’s takeoff and landing buttons in the app, a well as Recording controls for the camera. And if you’re an expert you can freely toggle between the responsive UI of the app or go for a more manual experience with the joysticks to control pitch and yaw.

The camera is very good for a drone this small, shooting 2.7k video at 30fps or 1080p at 60fps. This may miff those that were hoping for 4k video capabilities, but the current resolutions are perfect for most people. The video output from my flight was uncannily smooth, as the camera is fitted onto a gimbal. Regardless of any sharp turns or tilts, the image remained stable, and resembled stationary footage shot from a high tower. It did help, however, that we were shooting in CineSmooth mode, which smoothes out shots and provide a more cinematic quality to the recording. There’s also a sport mode which helps when you’re deciding to do more aerial intensive moves. Stills photos clock in at 12MP, similar to what you’ll find on smartphones released in the last couple of years, so quality doesn’t suffer there. the image format is JPEG so you’re good there as well. There are also manual settings that let you tinker with things like the ISO, but I would only recommend it for photographers who have the skills and understanding. All of the footage shot can be saved on a microSD card, so be sure to have an SD card converter handy when transferring the footage to a new device.

Though in the test area we only got to fly the drone within an about 100 ft radius, the Mini is listed to have a max-distance of 2.5 miles, which means you can fly the drone fairly far. If there’s ever any WiFi interference that would mess with connectivity, the app does alert you so you can make adjustments. Again I mention that one needs to be careful as its tininess can make it hard to find, even with the view finder. The Mini’s batteries are 2400mAh which give it approximately 30 minutes of flight time with “normal”, non-aggressive use. During testing it lasted about 25 minutes before the battery had to be switched out. And speaking of batteries–do yourself a favor and just go for the Fly More Combo pack. For the extra batteries alone and to extend your flight time, it’s the best deal. The base Mavic Mini package, for $399, comes with the controller, iOS/Android connectors, one pair of spare propellers and one battery. Whereas the combo pack, for $499, comes with all of that plus 360 degree propeller guards, two extra batteries (for a total of 3), two more pairs of spare propellers (for a total of 3), an extra USB cable (for a total of 2), a two-way charging hub, and carrying bag. There is also a sticker kit you can purchase separately to further customize the Mini.

Overall, the DJI Mavic Mini is a wonderful compact drone that is sturdy, offers fantastic quality video and images, provides great range and connectivity, its easy and fun to use, and is relatively affordable. There’s, currently, no other drone on the market that packs the same amount of punch into such a small package. If you’re on the hunt for a drone I’d highly recommend it.

Looking for a good Android Phone to pair this with? Check here on TechWeLike.com! 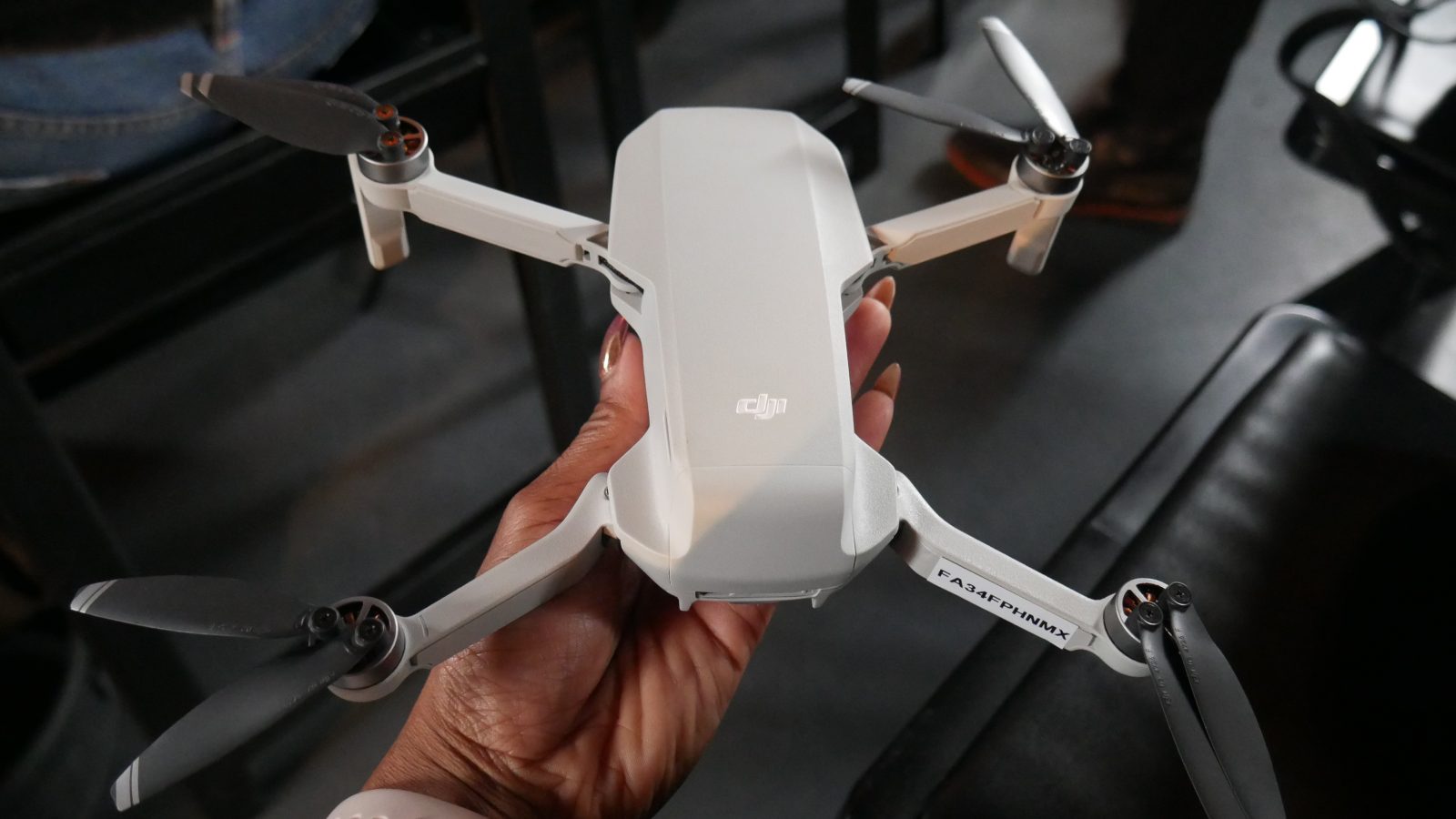