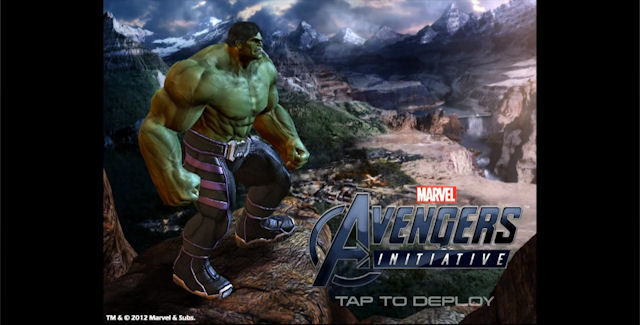 During the Marvel Video Games Panel today, Marvel revealed several new characters and gameplay additions for its hit mobile and social games. The announcements include:

Avengers Initiative (Mobile Game): Captain America will be the next playable Super Hero in the hit mobile brawler game Avengers Initiative. Fans will be able to play through the game using the First Avenger’s abilities and alternate costumes.

Marvel XP: Marvel: Avengers Alliance and Avengers Initiative will be the first Marvel gamesto be interconnected through the MarvelXP platform, where for the first time in Marvel games, players can connect their play experiences across games and platforms. Through the Marvel XP platform, players who beat Hulkbuster Iron Man in Avengers Initiative will unlock the Iron Man Mark V armor for free in Marvel: Avengers Alliance. Players will need to sign-up to Marvel XP for alerts on when this promotion will go live.

If you were at New York Cities Comic con, i’m sure you played the demo. If so what did you think of it?