G-Shock “Shocks the World” and Throws an Epic Party 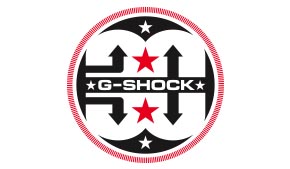 First we’d like to thank the awesome people over at G-Shock for inviting us to celebrate 30 years of technical timepiece advancement and an EPIC party. To celebrate G-Shock unveiled a new line as well three redesigned and remixed iconic digital watch styles – the original 5000, solar powered GWM5600 and best-selling 6900 to be released in limited edition sets. The releases that stood out for us are found below:

G-Shock, with an assist from actor James Marsden, announced the release of their most sophisticated and prestigious timepiece collection to date: the MT-G: Metal Twisted G-SHOCK for the active gentleman that seeks G-SHOCK performance and technology, but enjoys the prestige of a luxury accessory.

Inspired by the adventurous man that grew up wearing G-SHOCK and now has refined his style to a more professional look, the Metal Twisted G-SHOCK collection consists of three premium chronograph models. The MT-G collection uses the highest standards of engineering and rigorous testing at its design center in Japan to ensure that every piece remains true to the original G-SHOCK concept, whilst a combination of the finest materials and opulent styling’s deliver the ultimate in a luxury timepiece.

This first generation of MT-G timepieces will available in three exclusive models. The MTGS1000D-1A – polished stainless steel & resin will retail for $900. The MTGS1000BD-1A – finished in refined black Ion Plated stainless steel & resin for $1000. And in celebration of G-SHOCK’s 30th anniversary, the black Ion Plated MTGS1030BD-1A – a limited edition featuring gold highlights and a unique, red paneled bracelet band retailing for $1100 which honor’s the brand’s heritage colors of black & red. MT-G will be available in November exclusively at Tourneau, Tourneau.com and the G-Shock NYC Soho until after Thanksgiving, then through select premium retailers and www.gshock.com.

G-Shock is adding to their Master of G collection with the GW9400 Rangeman.

Inspired by heroes on the front lines and built for use under the most punishing conditions. Rangeman is a true performance watch employing Shock Resistant Triple Sensor technology that allows one to master the elements. Shock Resistant, Mud Resistant and equipped with a digital compass and sunrise/sunset data, Rangeman lets you master the Earth.

Rangeman embodies the same mentality as one who would go into battle,” said Shigenori Itoh, Chairman and CEO of Casio’s Timepiece Division. “In many ways it is a salute to the first-response professionals and combatants that safeguard our lives.”

Rangeman will be available this November in stealth black (GW9400-1) and army green (GW9400-3), the Rangeman men’s watch will retail for $300 at select jewelers, fashion boutiques, the G-SHOCK NYC Soho store and www.gshock.com.

Baby-G Will Make You “FALL” in Love

With the help of Jessica Stam, Baby-G got to show off it’s upcoming additions to be available this fall. Starting to September, Baby-G will embark on a multi-month debut of the BA110, BA111 and BA112 collections. The HER line, to HIS XL GA110, will be available in nine distinctly feminine colorways.

First up, launching in September will be the BA110 model(s). Featuring will a lightweight, glossy resin band in four fashionable hues of black, white, platinum and matte translucent, casting a spotlight on the large watch face brushed in striking gold, rose gold and silver metallics.

Next in line to launch in October, the BA111 collection adds three high-intensity, monochromatic models in pure white, champagne and gold.

Last but not least in November the debut of the BA112 will showcase two jewel-toned gems in cobalt blue and magenta, complete with vibrant multi-colored dials.
Each line will be equipped with a layered 3D metallic face, along with gear motif hands, which nod to the sophisticated styling cues of industrial design.

It’s always nice to see products aimed at woman that are fashionable, functional and not always frilly and pink. For more info on some of the other watches announced including the Eminem Collaboration check out our brother site G Style

After the Show, There’s an Afterparty

Before we get to the Eminem show – G-Shock announced a collaborative limited edition release with the hip-hop legend. The GDX6900MNM-1 timepiece, available this December, takes the newly-revamped XL-6900 watch face and personalizes it with Eminem iconology for a watch that is both ruggedly functional, and stylishly streetwise.

The watch is available in matte black with black dial and black reverse LCD, the Detroit, Em’s hometown, skyline of is printed in bold red on the upper watch band. The watch face and band loop sport the reverse “E” from his stylized moniker EMINƎM, while the watch case back and lower watch band are personalized with an autograph of his alter ego, reading “Shady”. It’s also Shock Resistant, 200M Water Resistant, Auto LED Super Illuminator, 5 Daily alarms with Flash Alert, 48-City World Time, and Multi-Home settings for worldwide touring.

Back to the party – Clique Vodka, was the official vodka sponsor for the Shock the World Event. It wasn’t too bad. Some may have overindulged because when Yelawolf came out the crowd went wild. I’m not too familiar with his catalog but I thoroughly enjoyed his performance.

Regardless of whether you were a fan before this you couldn’t help but get into the show with the energy between him and the crowd. I’ll be sure to check out his work soon so I can fully appreciate the experience.

As soon as Yelawolf’s set was over the crowd chanted, “Shady Shady, Shady”. Then appeared The Shady one himself. He did a decent length set. My personal faves and highlight from the show were Toy Soldiers, I Need a Doctor, Lighters where he brought out Royce Da 5’9″ and my favorite of all Lose Yourself.

Between sets DJ Mick Boogie kept the hype going and is hands down one of the better DJ’s I’ve heard live in awhile. Overall, awesome experience – Extremely amped for the new Baby-G line for myself and the MT-G for the Mister. Thanks again G-Shock for inviting us and Congratulations on 30 Years!!