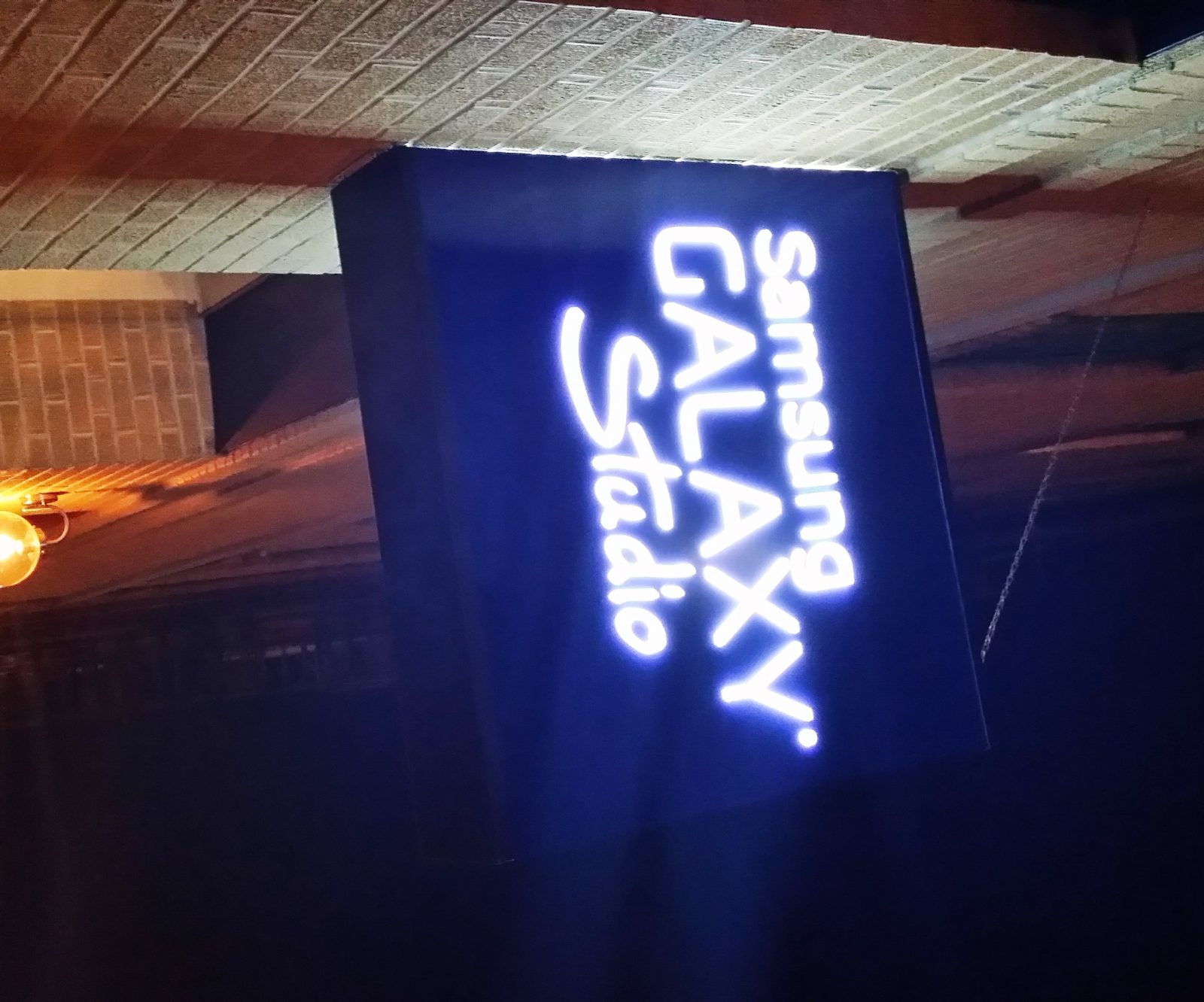 Facebook Twitter Pinterest Email
If you're looking to get some hands-on time with the latest Samsung products, stop by the Samsung Galaxy Studio for a demo (without the buying pressure).

If you’ve heard all the hype about Samsung’s latest mobile devices, it might just leave you curious. With the holidays nearby someone on your list wants an upgrade on their cell phone or tablet. There is just so much out there that it’s hard to pick. But what if you had some real hands-on time with the devices? Use them in real life settings, and get a real feel for the products. Well Samsung has made it a bit easier for you.

So What Can You do at the Samsung Galaxy Studio?

OFFERINGS: The Samsung Galaxy Studio in SoHo is designed to show consumers how Samsung Mobile products can make their lives easier and keep them connected like never before through fun and interactive experiences.

– Fashion-savvy New Yorkers can style Galaxy Gear with this season’s must-have accessories from Piperlime®.  Starting on Nov. 15, shoppers can create a wish list from Piperlime’s holiday assortment by using the Galaxy Note 3’s Scrapbook feature and have a chance to win a Piperlime gift card and a Note 10.1 – 2014 Edition.

– Food and refreshments from New York standbys, Sprinkles Cupcakes® and illy® coffee will be offered. Consumers can place their order by using S Beam™ on the Galaxy Note 3 to tap and share the image of their treat of choice instantly with the waiter, or they can use the Galaxy Note 10.1 – 2014 Edition’s drag and drop feature to select and choose their favorite coffee. You can get a feel of these features that are exclusive to Samsung devices.

– They have a loan program at the Galaxy Studio that allows you to sit down in their makeshift living room and play with the Samsung Galaxy Note 10.1 tablet. You can multitask by controlling the television using the WatchOn app and playing some mobile games. – Shoppers can take a break from the holiday madness and design a customized gift for someone on their holiday list such as an ornament or mug using the S Pen™ on the newly-launched Galaxy Note 10.1 – 2014 Edition. An artist will be onsite using Samsung’s Pen.Up™ app to help shoppers design and customize their holiday gift.

– Starting Nov. 15, game lovers can play Samsung’s holiday Notecracker Game with their closest friends and spin to win prizes including a Galaxy Note 3 and Galaxy Gear.

– Photo lovers can stop by the photo booth and try the Galaxy Note 3 camera and video modes.

– Onsite Samsung experts will be on hand to answer service and device questions at the Galaxy Concierge.

Where is a Samsung Galaxy Studio Near You?

Unfortunately, only a few Galaxy Studios have opened up. They are in major cities in New York, California, Texas, Massachusetts, and Florida.