Sony To “Track Life” With the Sony SmartBand and Lifelog App 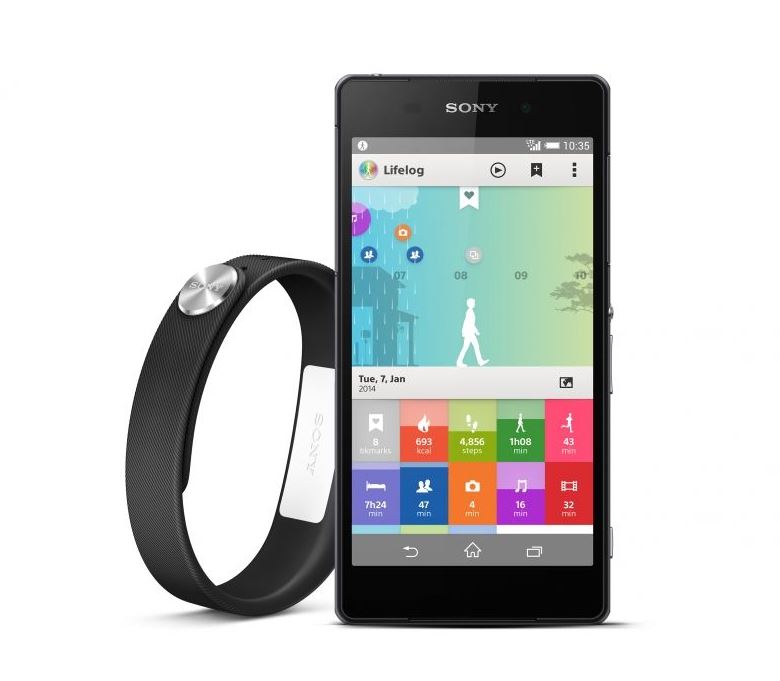 2014 is definitely the year of the fitness tracker or fitness band. You have different companies taking a stab at monitoring your daily movement and fitness. The latest to join in the activity tracker fun is Sony.

Now, Sony is no small company, I’m surprised it took them this long. But at Mobile World Congress 2014 they announced the Sony SmartBand, their activity tracker. In true Sony style, the SmartBand focuses on more than fitness tracking. It tracks entertainment. The  activity tracker is adjustable and fully waterproof (rated IP58). It measures your sleep cycle, and wake you up at the best time. The core is removable from the band, meaning you don’t always have to carry it on your wrist.

Alongside the SmartBand, Sony released the Lifelog app. The Lifelog “life tracking” app interacts with the activity tracker via Bluetooth or NFC. It basically helps with the use of the SmartBand. In the app is where you set your activity goals, keep track of activities, music listened to and pictures taken. You gain points based on your movements. You can keep track of this with the “Life Bookmark” key on the band. With the bracelet and the Lifelog app, you create the ultimate “SmartWear” experience. The experience goes beyond fitness with the SmartBand also serving as a control center for the Sony Walkman app and notification center for calls, messages, “likes”, and tweets. It notifies by vibrating since there is no screen on the SmartBand. The SmartBand and the Lifelog app are both due out in March. It will initially come in black and later on in other colors. You can stay updated with the release by going to Sony’s website HERE