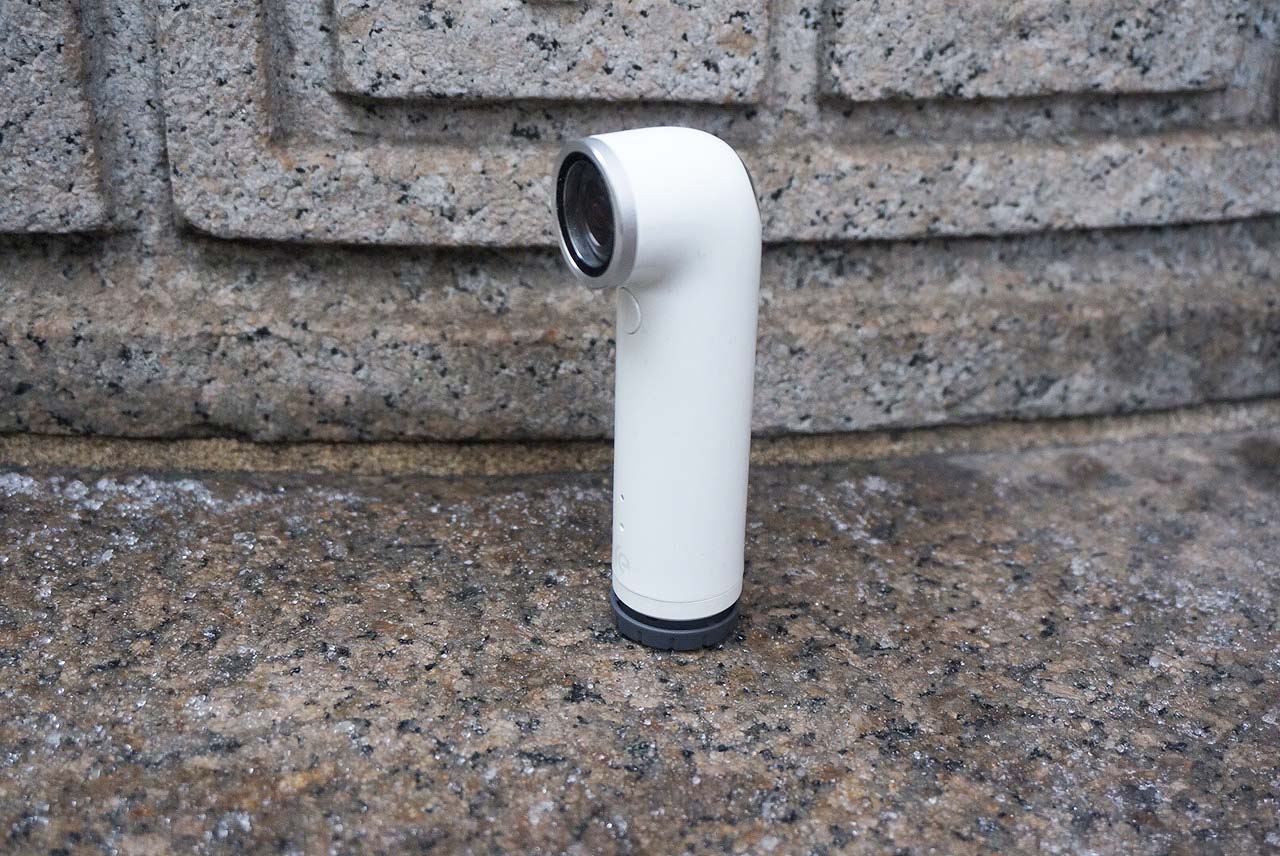 Facebook Twitter Pinterest Email
The HTC Re Camera is supposed to allow you to capture the moment without you hiding behind a screen. Does it get the job done? Check out the review! #ReByHTC

I’ll be honest with you guys. I wasn’t too excited about checking out the HTC Re. Not because it wasn’t a good product, but because I didn’t think I could make use of the product. Did I have the same opinion by the end of the review? So from the specs you see that the HTC Re is a very small portable / action camera. These cameras are really starting to make a name for themselves and I see why HTC got into the category early. Check out my experience with the camera

The design of the HTC Re camera is very simple yet easy to distinguish. It looks like a small tube / pipe thing. The lens is huge, letting one know right away that it’s a camera. The body of the Re camera makes it obvious as to how it’s supposed to be held. It fits pretty nicely in hand and is lightweight. When holding the Re by gripping the body, your thumb falls right on the shutter button. That’s the big silver button right on the curve (there’s an LED light on the silver button) Under the lens you have a flush white button. It switches the recording modes, allowing you to record video in slow-motion. The slow motion video doesn’t record audio though (keep that in mind). Keep going down the pipe and you see the indicator light and speaker. The indicator light blinks red when you are recording.

At the bottom of the Re camera you have the micro-USB charging ports, microSD card slot, and pod mount (1/4 inch). The 820 mAH batter is inside. Pretty simple build overall. But there’s no power / standby button. That’s because the Re cam has a grip sensor that know when you have lifted the camera up to take a picture. That’s pretty cool, just point and shoot. So here I am thinking, “I have phones with great cameras on them. And these cameras have viewfinders also. Why would I carry an additional device that does the same thing?”

I must say that besides taking a little more space in my bag, the Re wasn’t annoying to carry around. The design and weight of the camera fits comfortably in hand and is easy to get used to. Just start lifting and clicking around. I was always afraid of blurry pics when shooting too quickly, so I’d wait a second or two before shooting.

It’s so easy to take pictures with the Re that I took tons of them. I was just clicking away. whenever I could. I was more encouraged to do it outdoors during the day. The Re isn’t ideal for low-light situations. The camera has an IP57 rating so you can get it wet. I took some great pics when it was snowing heavily without worry. The HTC Re has a 16 megapixel sensor. The pics are decent. There’s nothing to go super crazy over. In natural lighting, outdoors it takes very nice pictures. The wide-angled lens gets a good shot of the area. I like that because I was afraid that I’d be missing my subject. However you won’t get much detail in the pictures. It’s more like an overall view.

Ultra-Wide angle lens give the pictures a sort of fish-eye type of look. You can see from the samples below.

You’re likely to get better detail once you’re up close with the subject. Colors aren’t too bright or saturated, but I think it’s good enough:

One of the great things about the HTC Re is that the camera’s app can be downloaded on both iPhones and Android devices. The app does more than allow you to see the pictures you’ve taken with the Re. You can use the Re app to turn your phone’s screen into a live viewfinder (although you will be missing the point of the camera). It also allows you to backup your pictures to cloud services such as Google Drive. You can also share directly to social media networks, email pictures, and save them to your phone’s gallery. You can see all the pictures by connecting via Wifi Direct. Depending on your connection and the phone you’re using, the app doesn’t always connect so quickly. It can get frustrating. But the app loaded at decent speeds for me most of the time.

HTC has the right idea with the Re. They see the need for a small and affordable action camera and they are trying to fill the void. Although the Re cam was way overpriced (to me at least) when it came out, at the current prices now, it’s not such a bad deal. For me it did do what HTC wanted, I didn’t miss being in the moment, and I didn’t miss capturing it either. I would use this for more casual lifestyle moments rather than action-filled, sporty moments. With spring and summer coming up I can see use spiking (I barely wanted to go outside during this frigid winter in NYC, let alone take out my hand to snap pics). On the other hand, some pictures I want to make sure I capture the moment right. In that case I’d use my smartphone over the Re. That’s a judgment call of course. I suggest getting protective accessories for the Re. It seems to “bruise” easily. For a first try I think the HTC Re gets the job done. I don’t think it will take the place of your smartphone camera though, at least not the first generation of the Re.

You can learn more about the HTC Re Camera HERE
You can find the HTC Re on Amazon.com for lower price than the MSRP