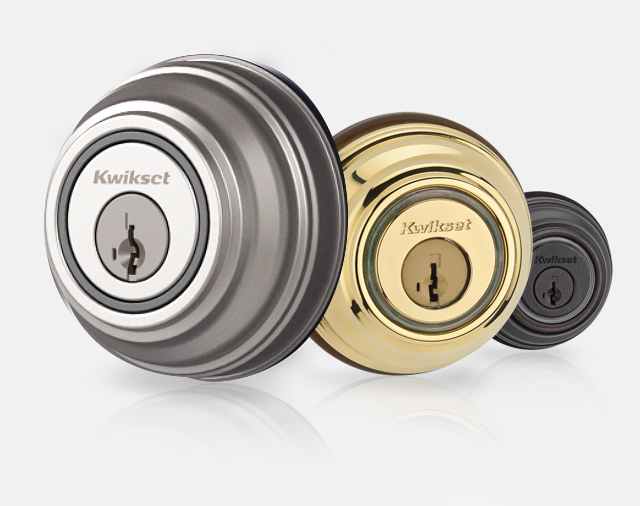 Every now and then I get the urge to start small projects around my house. My overall goal is to convert my house into a Smart Home. The first challenge I encountered was figuring out where to start, but when Kwikset offered to send over their Kevo Bluetooth Enabled Deadbolt, I couldn’t think of a better place to start. The question then became will this make my home smart or give me an unnecessary headache?

First I guess I should explain exactly what a Kevo is. It is a Bluetooth enabled deadbolt that allows you to use your smartphone as an electronic key. Meaning you can leave your phone in your pocket or in your purse and when Bluetooth determines that your device is within range you can unlock it by simply touching it the deadbolt. Yes, tap it with your finger and the lock shall open.

When I first received my review unit the Kevo only worked with iOS (iPhone 4S and later) devices, but has since been updated to work with Android – BUT even with that it is very limited. It is only compatible with 3 android 5.0 Lollipop devices- Nexus 6, Nexus 9 and Samsung Galaxy S5. If you don’t have a compatible device or maybe haven’t convinced everyone in your house that this is the new wave there is a set of physical keys and a key fob that also come with it.

Being that I am not a handyman/woman at first glance the Kevo was a bit intimidating but as far as design goes all deadbolts look the same to me and this wasn’t really any different. The intimidation was because I’ve never had to change a deadbolt before and I saw screws which meant screwdrivers, drills, hammers and oh yes I’m being a bit dramatic.

Actually in the box you get a deadbolt, the needed screws and 2 physical keys and a key fob seems simple enough to you I guess or an expert, but I digress. It was truly simple to install. Honestly, my biggest issue was taking off my original deadbolt, as it seems it was painted into my door somehow. Let me clarify a bit… the deadbolt was so old that when my condo door has been painted over the years they seemed to have also painted on, around and over parts of the deadbolt that were now almost “glued” to the door. Once I was able to pry that off without injury the rest was cake.

To touch more on what an eKey is it’s an encrypted electronic key and Kwikset uses military grade PKI encryption. This allows you complete key management for your deadbolt.

The eKeys have different levels of access. You have one owner key and an admin key both can assign keys, manage users, receive notifications and view the locks history. Then you have an anytime ekey which never expires and you can send to anyone anytime and anywhere, a scheduled ekey which you pre set time constraints by days and times if more of these are needed they’re available as an in-app purchase. Lastly, you have unlimited guest ekeys which gives someone access for 24 hours and then will automatically delete. If it’s not used within 24 hours from when you sent it, it will expire. You can send them repeatedly to the same person or different people as you wish.

The Kevo has some really impressive safety features such as: To be fair let me preface this by saying that I first got the Kevo when it was new on the market so I’ve had it for several months now. We went from my family begging me to remove it to learning to love it. In the spirit of giving the most honest review that I can let me tell you some of the issues I encountered:

Since I work from home and I wanted to be sure it wasn’t something I did on my end in the setup we toughed it out for a while. I noticed the software updates came often and it seemed to work out most of the kinks. The few times I was out when my son got home from school he had to wait until I got there to get in which for a teenager that looks forward to coming home as soon as the first bell rings can get a bit annoying. I have to say that he was able to get in on his own about 70% of the time, but to be on the safe side I always tried to be home or close. Being that I am the only person in my house besides my son with an Apple device if we couldn’t get you in the house no one could. At times we had to open and close the app, toggle the Bluetooth on and off and click our heels 3 times in a row and then it would work. As dramatic as I can be sadly I’m not exaggerating.

Did it make my home smarter or dumb it down? In theory this is an awesome product and I would have loved for this to work for me, but sadly it didn’t work in the way that I needed it to. I’m from NY and I understand the need to have locks that work, however since I now live in a nice gated community in Florida I was able to not stress while I tested out the Kevo through all it’s bumps and bruises. I haven’t given up on smart locks, in fact I’m in the process of reviewing another one by another company so we’ll see how that goes. Kwikset is a well known and well trusted company when it comes to deadbolts and I was told by customer service that I had a faulty unit so maybe take my review as a list of things to maybe look out for and be aware of if you were to purchase this lock. It is available in three different finishes: Satin Nickel, Polished Brass and Venetian Bronze for $219 on Amazon, but you can also find at Best Buy and your local Home Improvement chains.