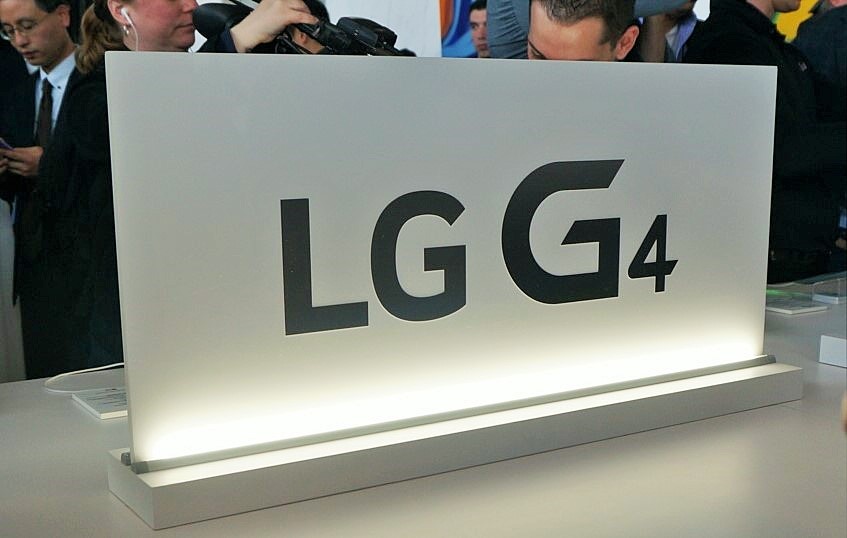 As expected, LG announced the LG G4 smartphone this morning in New York City. For the most part, the rumors were spot on. You can take a look at the specs below with some of my initial thoughts.

Check out our full review of the LG G4 HERE

First Impressions of the LG G4 I found the LG G3 to be very innovative (you can check out the review here). As usual I was curious to see how they would better a phone that was already great. After some hands-on time with the device I was really impressed with the crisp display. The screen was a beauty to look at. The UX skin didn’t seem to be overbearing on the Lollipop, but was definitely noticeable. The laser focus on the camera seemed pretty cool.

The build of the LG G4 is very similar to that of the G3, it does fit slightly better in hand due to a slight curve. You can see the curve when laying the phone on the screen. I’m not a big fan of the diamond patterned back cover (ceramic over plastic material). However the leather backs had the right touch. The red leather looked really stylish. What makes the LG G4 different from other flagships out there is that it still has a removable battery and an expansion slot for additional memory. You won’t be able to quick charge but you can swap batteries if needed.

The camera on LG phones are always fun to explore. We loved the camera on the G3, and we’re definitely excited for some real hands-on time with the camera on the G4. The camera is great for both amateurs and professionals. The laser focus technology, helps get crisp pictures, or you can go the experienced route and use the camera in manual mode and adjust the settings (white balance, ISO, etc.) to your liking. I’m looking forward to testing it with low-light conditions. We know that the G4 will be available on all major US carriers (AT&T, Sprint, T-Mobile, and Verizon). Right now Sprint and T-Mobile are offering chances to win the device. You can go to Sprint’s page HERE, and T-Mobile’s page here for more details on how to win a device. All carriers confirmed to carry the device in late May / early June.

Can’t wait to get more hands-on time with the phone to really dive in the features. Let us know what you’re looking forward to.

Check out our full review of the LG G4 HERE

Are you relieved to see a flagship with removable battery and expansion slot? Do you think the leather back is overkill?