Logitech is known for their remarkable products, so when the company released their G910 Orion Spark many gamers took notice. The G910 showed off flashing colored keys with a beautiful sturdy design.  The keyboard aesthetic caught everyone’s attention but will it be able to perform to the standards that players have come to expect from the company?

eSports has grown tremendously in a short amount of time. Fans who attend tournaments, or watch them on stream, always want the same products that the pro players use. These products offer speed, precision and durability but with so many companies offering mostly the same things they don’t always deliver as promised. Can the Logitech G910 Orion Spark live up to hype? Let’s find out as I take the G910 Orion Spark for a spin. 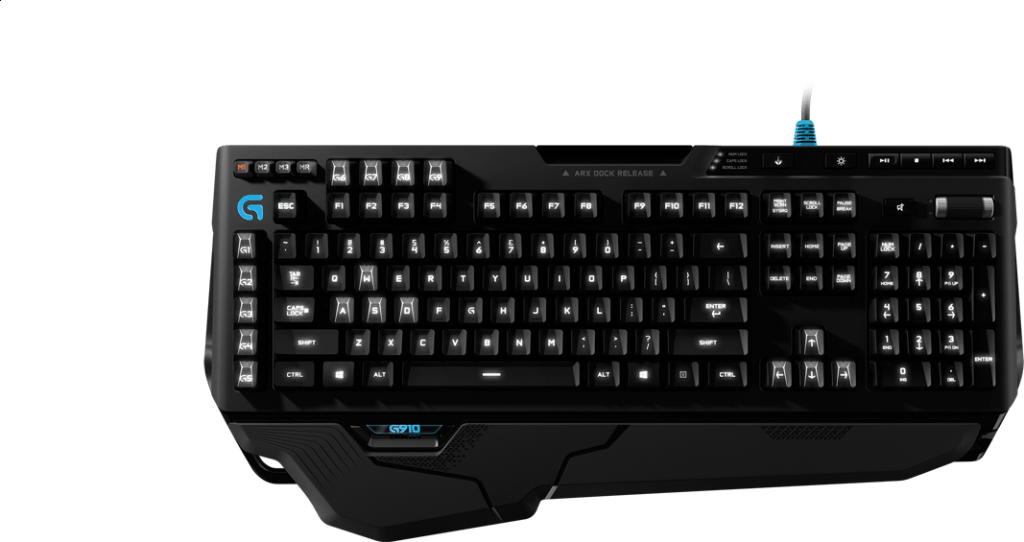 The G910 has to be the most durable gaming keyboard on the market. I travel a lot and I like to keep up with my games while I’m away. Now this keyboard is big in size, so I was a little apprehensive to take it along with me. Nonetheless, I decided to take the G910 with me and through my whole ride (baggage claim, thrown in a trunk) I was surprised after everything it went through it didn’t have any scratches and when I hooked it up to play, it turned on with no problem and all key functions worked. Given its size I was especially surprised that none of the keys were damaged.

Along with the keyboard being durable, it’s also fast. The Orion Spark is equipped with Romer –G mechanical switches which gives this keyboard remarkable speed, 25 percent faster than most. During gameplay I noticed that I don’t have to put much force when it came to tapping on the keys, I would just slightly tap them and my character moved without issue. The reason why the quick response keys are so important is because once you have to put force behind pressing keys, my hands and wrists become cramped making me not want to play as long as I would like to. Allowing for a more sensitive key allows players to game for a longer time period. 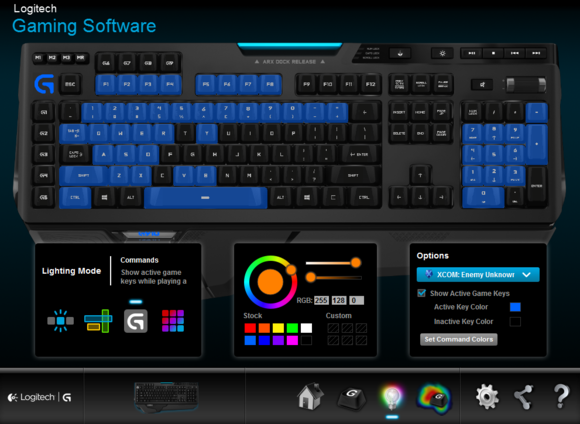 Now, we all love being able to customize our keyboards the way we want and Logitech allows that by giving players up to 9 buttons to program. On top of the 9 programmable keys, Logitech also supports 27 commands. You can customize up to three different profiles, for three different games of your choice. This actually made things easier for me. As most of you know every game has different command keys, instead of constantly have to change the set-up for every game, you can now just pull up the profile you need and start your game.

Customizing command keys is not the only feature. Players will be able to use a different color schemes, with over 16.8 million colors to choose from. I actually chose to have my keys a different color for each profile or if I felt like I was in a “partying mood” I would choose what I called the “Flashing Lights Special”. This is where all the keys light up in different code colors. In order to set-up your profiles, you must download Logitech Gaming Software at Logitech. 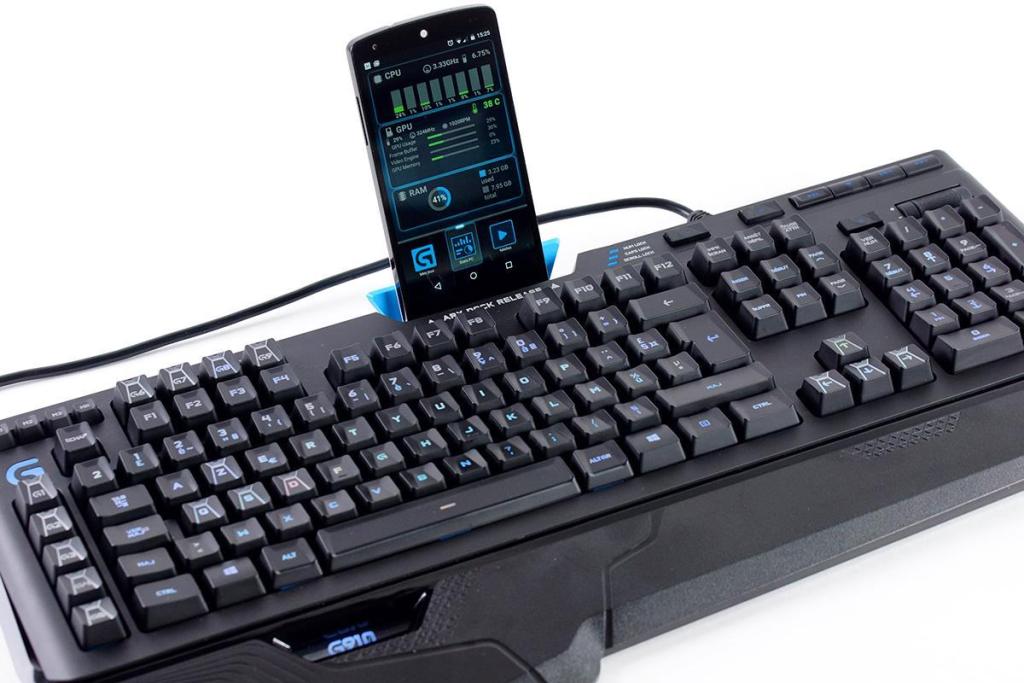 The company also added a feature that allows players to check their stats without having to leave the game. ARX Control Integration lets you set up your smartphone, or tablet to the dock on your keyboard. Once your device is set-up you will be able to see in game stats. In order for the ARX to work, you must download the app, and the app is available for both Android and Apple devices.

Another cool feature, is being able to control audio on the G910. On the top of the ORION SPARK, you will find a Play, Pause, Mute, Adjust and a Roller bar that lets you adjusts the volume, and even lets you skip sections. This eliminates the struggle of trying to lower the volume on the game on your headset, or having to exit a game because you have to access the volume on the computer. 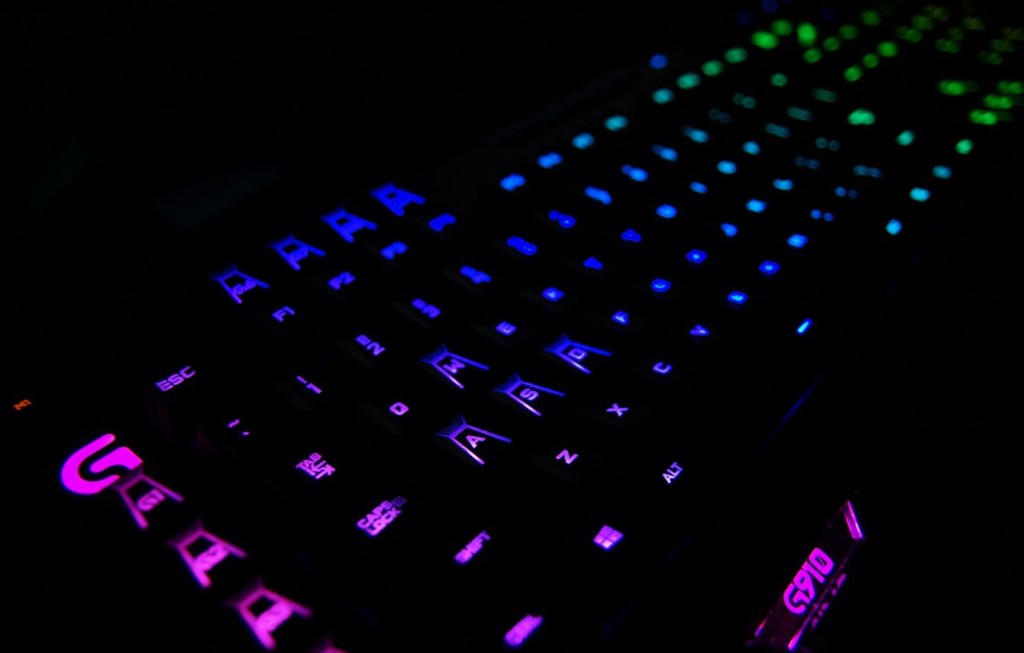 The G910 has to be one of the best gaming keyboards I have tried yet! The durability is extremely impressive, the keys have a smooth feel along with a slight indent that allows your fingers to fit comfortably. Having three different profiles saved instead of constantly having to set-up my command keys, makes everything easy and simple. With the same speed that eSports pro players use and the endless customization opportunities, for a price that you can’t beat, the Logitech G910 Orion Spark is a must have!