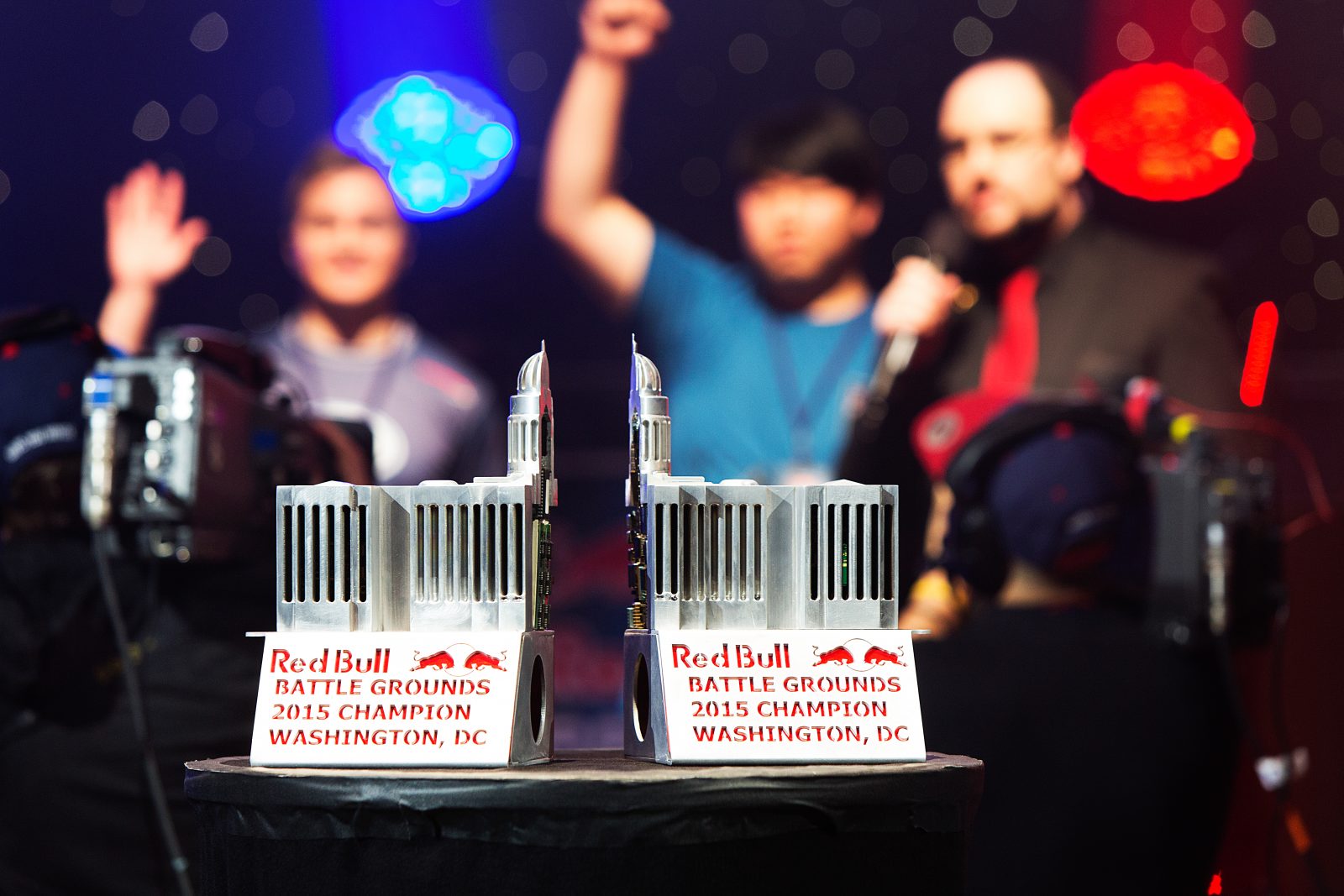 This past weekend, the best-of-the-best came to take over Washington D.C. The elite eight came to battle for the top spot in The Red Bull Battle Grounds StarCarft II tournament. Fans were able to see one of StarCarft II legendary players come out of retirement, “MC” returned this past weekend and teamed up with one of his close friends and Pro Player “Huk”.

The eSports tournament series kicked off with ‘Archon Mode’, this is the first mode to require two players to control one army. The battle started with Chris “HuK” Loranger and Jang “MC” Min Chul Park emerging as an unstoppable force, taking down team after team without any hesitation. These two long-time friends HuK and MC took to the stage in their first match against last year’s champion Choi “Bomber” Ji Sung and his partner Mun “MMA” Seong Won, who he eliminated in last year BlizzCon finales. Many thought that this would be an easy win for last year’s champ, but as the match progressed, fans could see this would not be an easy win. The game was a best of 5 in which Huk and MC took the win.

Next to the stage was Park “DongRaeGu” (Drg) Soo Ho and his team member Yoo “True” Ki Sung who were set to go up against Kim “viOlet” Donh Hwan and Maru “MaSa” Kim. As the match began, fans already knew that viOlet and MaSa were going to take this, the two were relentless, although Drg and True tried their best to keep-up but it’s wasn’t enough to take down the two which gave viOlet and MaSa the win.

Drg and True didn’t have much time to recover from their pervious match before going up against the two that just put last year champion in losers. This was not a good match for True and Drg fans as they watched the two get destroyed by Huk and MC. Huk and MC took the match 3-0.

Now teams had to play the best of 3, leaving no room for mistakes. The first two teams where Drg and True, playing against Bomber and MMA. It seems as if Drg and True couldn’t catch a break, the two were no match for Bomber and his partner MMA, as the two won both matches back-to-back.

Now the main event, this would determine who would be Red Bulls Battle Grounds 2015 winners. As Bomber and MMA took to the stage, you had fans putting up homemade signs cheering for them. MC and Huk took to the stage, and the crowd went wild, Huk represents North America, so of course some of the fans went wild. As the match began, I was on the edge of my seat-yes I was rooting for Bomber, as well as a handful of others. The first match began, Huk and MC were already doing damage to the opposing team, and within minutes-Huk and MC took the first match. This was a good time for Bomber and MMA to regroup, you can see it in Bombers face that he was worried. As the second match progressed, there were times where we thought Bomber and MMA would take this round, but they didn’t have what it takes to stop the two power houses down, which made Huk and MC the new Red Bull Battle Grounds Champions and had the two, walk away $15,000.

Check out some of the players profiles on YouTube.