Technology has changed drastically. You can now stream a movie to your phone, or TV within seconds, and with crystal clear quality. You can also stream music to any device you choose-so why can’t we do the same when it comes to gaming?

Nvidia started a beta called Nvidia Grid. Grid allows gamers to stream games through a cloud library as well as your personal library on your home PC (in order to stream games from you home PC to your shield device, you must check and see if your computer fits the requirements, Check Nvidia). During the beta players were able to play hit titles like: The Batman Arkham series, The Witcher 2, Ultra Street Fighter IV, Grid AutoSport and Borderlands. With Nvidia Grid taking off, the company decided to take the program a step further, with announcing GeForce Now.

GeForce Now shows off some major updates, but will people be willing to pay for another subscription service since most of us already pay for Hulu and Netflix? So, I downloaded the update, took it for a spin to see if it’s really worth investing $7.99 for the GeForce Now Experience. 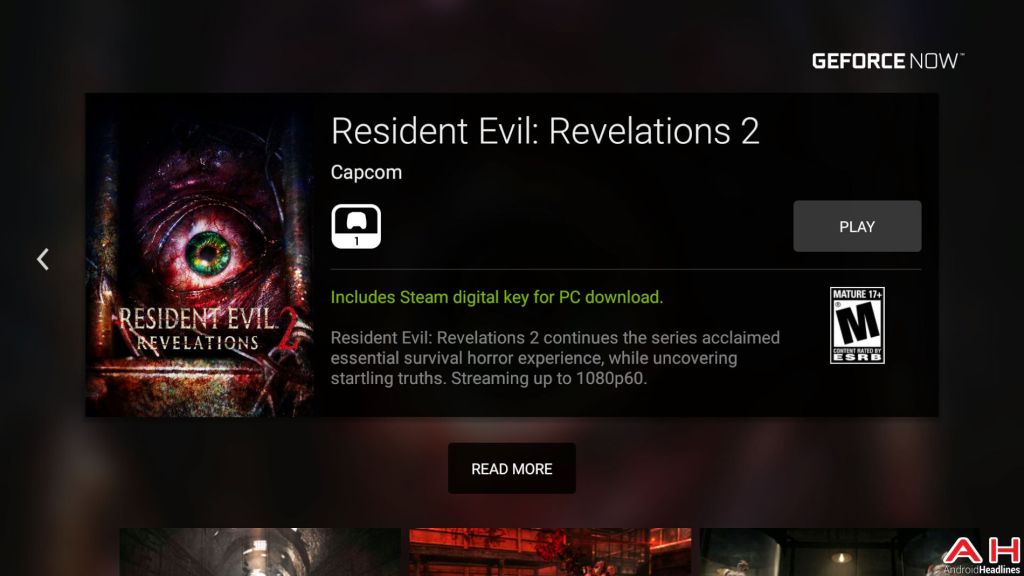 The most important section for any gamer is, of course, the game selection, especially if you are now paying a monthly subscription fee. For $7.99/mo. you will be able to pick from 60 titles as of right now, the company will continue to add titles to the library. The library is pretty big, players can choose from games such as Borderlands, Batman: Arkham City, GRID Autosport, Ultra Street Fighter IV and Alan Wake. For right now since the program has just launched, you will only have 7 titles to purchase, but like I said before the company will be adding more games.

If you are looking for a specific genre to play, it’s as simple as a quick scroll. The new update allows for you to quickly scroll through all different type of titles for the whole family. Pick from racing, action, fighting, shooters and many more. It seems as if Nvidia knew exactly which games to put in the library to keep me hooked for hours. I haven’t played Devil May Cry 4 in a long time and probably wouldn’t have played it again if it wasn’t for it being on the list of games. GeForce Now allows you to purchase new games such as the Witcher 3: Wildhunt, but the cool part is that once you buy the game on your shield device, you will be given a code that allows you to download the game on your PC as well. Nvidia is working with companies to have this option for all games you buy. List of games can be found at Nvidia.

The most annoying part about downloading is how long it takes. When I downloaded Grand Theft Auto V, I had to leave my system on overnight, mind you I started the download the day before around 6 pm. When you purchase a game, you want to play it as soon as possible, not wait for hours just to play. GeForce Now has changed that. Since I know the Witcher 3 is a big game I decided I would launch that game first, I selected the game and hit the play button and within seconds-and I mean seconds the startup screen popped up and I was playing with no problem.

Now when it comes to cloud gaming, for some reason people feel that the image quality will suffer, that’s not the case here. While playing the Witcher 3, I saw the same image quality that I’ve seen while playing on my console system. The colors were bright, detailed and crystal clear. I caught myself staring at the water, and looking at the sunset while I was on my horse, and couldn’t believe I was getting this picture perfect image from an android device. The company has made it very clear that anything over 50 mbps downstream will give you the best quality if you are lower than that you will need to drop down to 720p.

GeForce Now has added new apps such as Showtime, and HBO Go. Not only can you enjoy these new apps, you can now speak into your remote and ask for a specific movie. Let’s say you are looking for movie that feature robots, speak into the remote and say “Movies that feature robots” within seconds it gave me a list of movies that fit that category. Once you pick the movie it will show you the cast and you can pick a cast member and it will give you more information on the actor/actress such as YouTube links and other movies they were featured in. 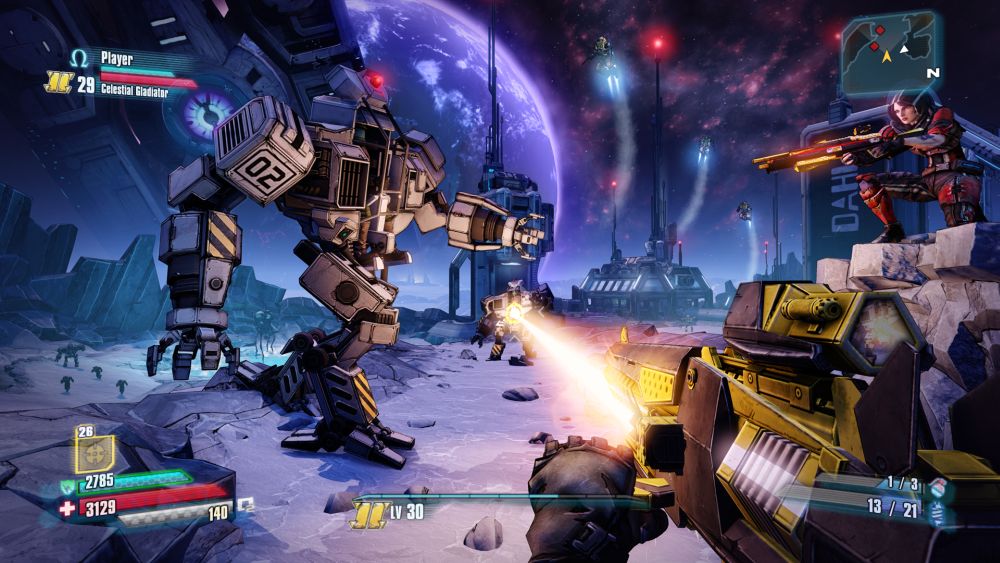 I have played quite a few games through the cloud gaming, and yet again I did not have any issues. I started off with the LEGO Marvel Super Heroes games, me and my friend started to play and there was no lag or stutter, and the picture quality stayed consist throughout the game. In my review of the Nvidia Shield Android TV I stated that I have played a fighter game and an action game, this time I decided to take on a shooter. I launched Borderlands and had no problems, just like the LEGO game the picture was perfect and no lag. 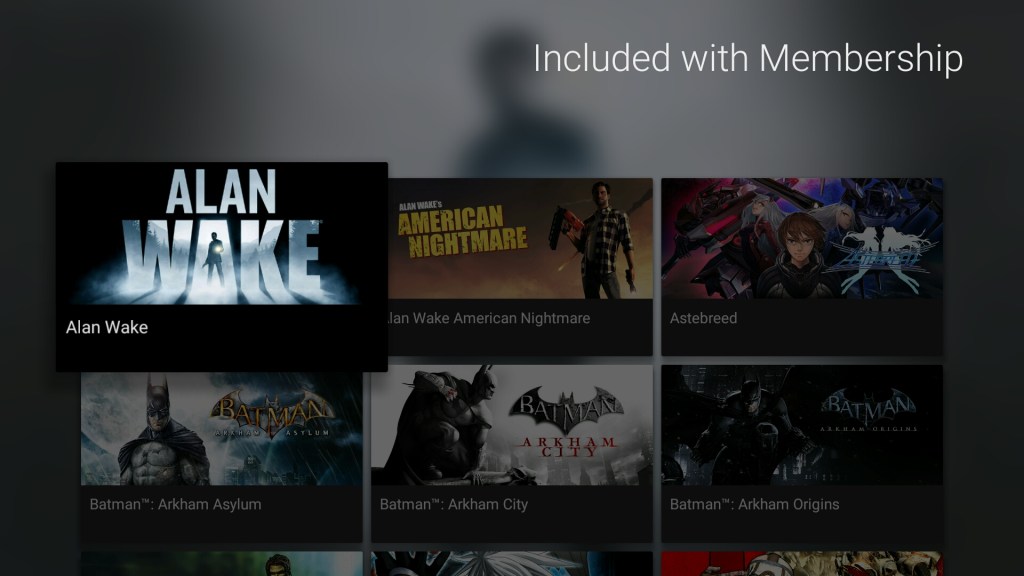 You pay for your Hulu subscription, you pay for your Netflix subscription, so why wouldn’t you pay for a Gaming subscription? Nvidia is offering three free months of the service, after that you will be billed $7.99 if you choose to, you are not locked into any type of contract, and so if you decide you don’t need the service anymore you can cancel anytime without being penalized. In addition to adding more games, the company has stated that they will be updating the software on each shield-meaning your shield device will continue to stay fast and you won’t need to buy a new device anytime soon.

GeForce Now offers one of the most important features-downloads within seconds! Most of you follow me on social media and have seen me go off about how long it takes for a game to download, I have not had any of those issues with the GeForce Now Experience on my Nvidia Shield Android TV. I can easily play through a handful of games without having to deal with long wait times. My Nvidia Shield has replaced my console systems, as some of you may have already noticed since it shows I haven’t been on for weeks, and with the way the company keeps upgrading the software, it looks like I won’t be going back anytime soon.