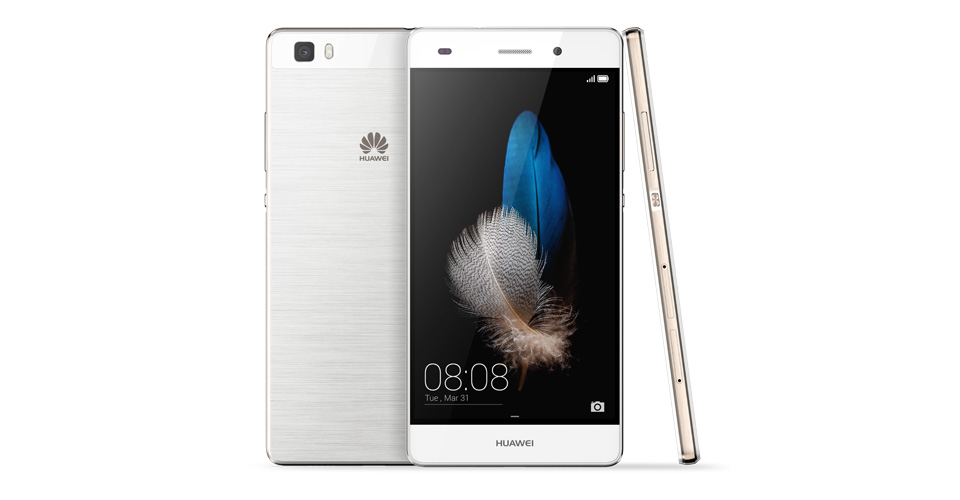 I’ve never reviewed a Huawei phone, so I was glad I had the chance to try the Huawei P8 Lite. It’s a simple phone for those who want an unlocked device that offers everything it need in simplicity and of course at an affordable price. Check out the specs below

The phone looks simple enough. It’s plastic with a metal trim around it. (It’s a scaled back version of the Huawei P8). It’s thin and light. Very light, has a bit of plasticky feel to it. The metal trims help give it a bit of quality feel.  The 5 inch screen is gorilla glass 3 protected. The right border has the volume rocker, the power button and the sim & micro SD card slots. The top has the 3.5 mm headphone jack and the bottom has the microUSB charging port.

For the asking price of $249 the display on the P8 Lite is decent. It’s not extravagant by any means. At 5 inches it’s good enough to watch some videos on the go. You can see pixels when close up to the screen.Otherwise you wouldn’t really notice. There’s also a bit of a bezel around the screen. It’s not a deal breaker by any means, but you won’t be getting that border-to-border feel.   I wouldn’t hail it as the ultimate entertainment device.

The P8 Lite is running Android KitKat which I’ve forgotten about. It’s been a while. Most phones are at Lollipop 5.0 and up. If you don’t care for the upgrades, maybe it won’t bother you so much. It was a bit difficult for me at times. 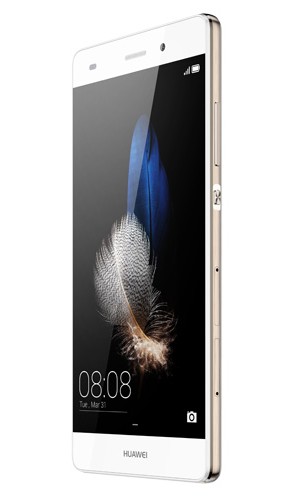 The EMUI wasn’t so bad for me. It was actually easy on the eye. Smooth edges and attractive colors. I wish it had an app drawer. I can’t stand the spread of apps. Even if it was in folders, I don’t want a bunch of them on the screens. It had the shortcut that I enjoy using for to launch the camera quickly (press the volume down button twice to launch the camera) . Sometimes the touch wasn’t being recognized, I’d have to press a little harder than usual.

Besides the affordability, and decent build there aren’t any standout features. I do like that there is FM Radio built-in. It worked better than some radio apps I use.

The camera is great for a sub $300 phone. Overall, the camera is just decent. Of course outdoors, in natural light you’ll get bright pictures. Objects are clear with no distortion. Indoor lighting isn’t always so constant. You’ll get some good shots, some bad shots depending on angle and lighting

The 2,200 mah battery does okay on this phone on moderate use. The screen isn’t a battery hog. With moderate to heavy use I got a decent 7-8 hours of use.

For many going the non-contract route, this is the year for them. There are many options. The Huawei P8 Lite is a no frills, nice-looking android phone. It’s not the fastest in launching apps, but it’s not laggy at all. I’d recommend this phone for the very simple user. You mostly text, call, and snap pictures here and there. I like that Huawei is pushing the price point of the unlocked phones available. It will have to compete with others like the Moto G, and Moto E. The price has since dropped to as slow as $199. If you enjoy the interface, it’s a decent looking (and performing) phone to buy.

You can learn more here at Huawei.com