Nvidia Shield Tablet K1 Review: Could This Be The Must Have Tablet?

Nvidia launched their first tablet made for gamers last year. The device allowed you to take your favorite console, PC, and some android games on the go. It also had popular apps such as Netflix, Hulu and Nvidia’s own app called, Shield Hub. The Shield tablet did something we haven’t seen before, it was made with gamers in mind. Recently, the company has announced a new version called Nvidia Shield Tablet K1.

Nvidia is no longer offering the first generation tablet on the website, those who have never purchased the device are now wondering, “What’s the difference”? and “Is it worth picking it up now”? I had the opportunity to take the K1 for a spin to find out what the main differences between the two are, and if it’s worth the buy. 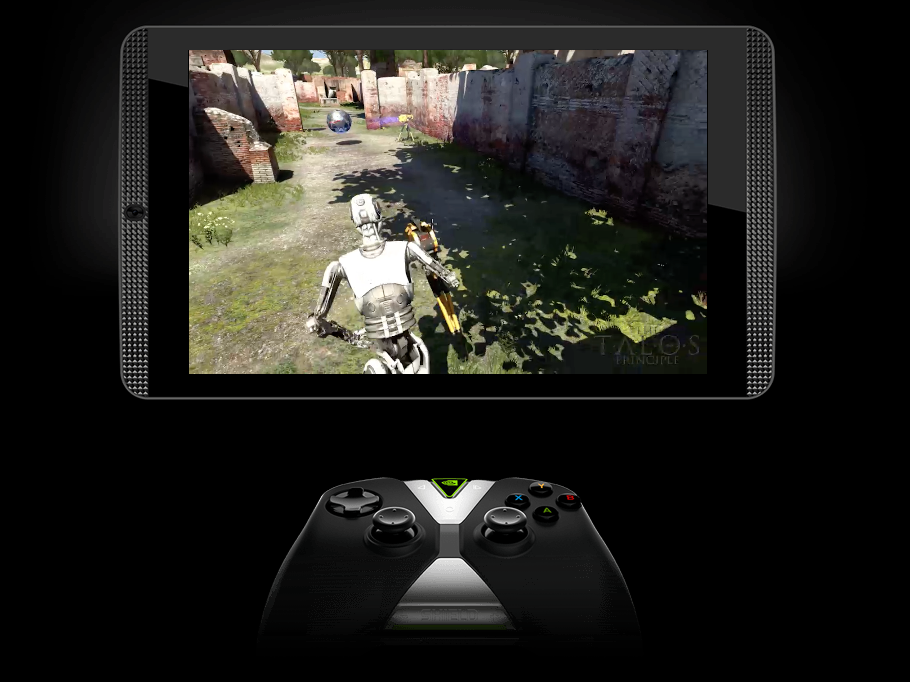 The first difference I noticed is that it doesn’t come with a stylus. On the older version, the stylus was located on right side of the tablet on the back. I used the stylus for some games as well as for the Nvidia’s Dabbler drawing app and handwriting-recognition system – although the stylus worked perfectly the company decided not to add it this time around. This doesn’t mean that you can’t still enjoy using the handwriting –recognition system (which was a life saver when I needed to write something quick), or the Nvidia’s Dabbler app, you’ll just have to buy the stylus separately, the cost? $19.99. Just make sure you keep an eye on it, remember you won’t have any place to store it.

When you open the box, you might find something missing – it’s the USB cable to charge your tablet. In order for the company to keep costs down, they had to remove it. If you have an extra cable and adapter, that’s great – if not, you can purchase one on the site for $29.99.

The Nvidia Shield Tablet is powered by a Tegra K1 processor which features a 192-core NVIDIA Kepler GPU and 2.2 GHz quad-core CPU, giving this 8-inch tablet a very powerful kick! The price has also changed – the first Nvidia Shield Tablet was $299.99, the new version is now only $199.99. That’s a huge difference in price, even though it doesn’t come with a micro USB charger, or Stylus – it’s worth it.

The design has pretty much stayed the same – both tablets offer the soft black plastic backing, the logo on the new tablet is in silver, while the old one had a black logo. The speakers are still in the same spot, which is on both the top and bottom of the tablet. They now have a rubber coating to keep them better protected. 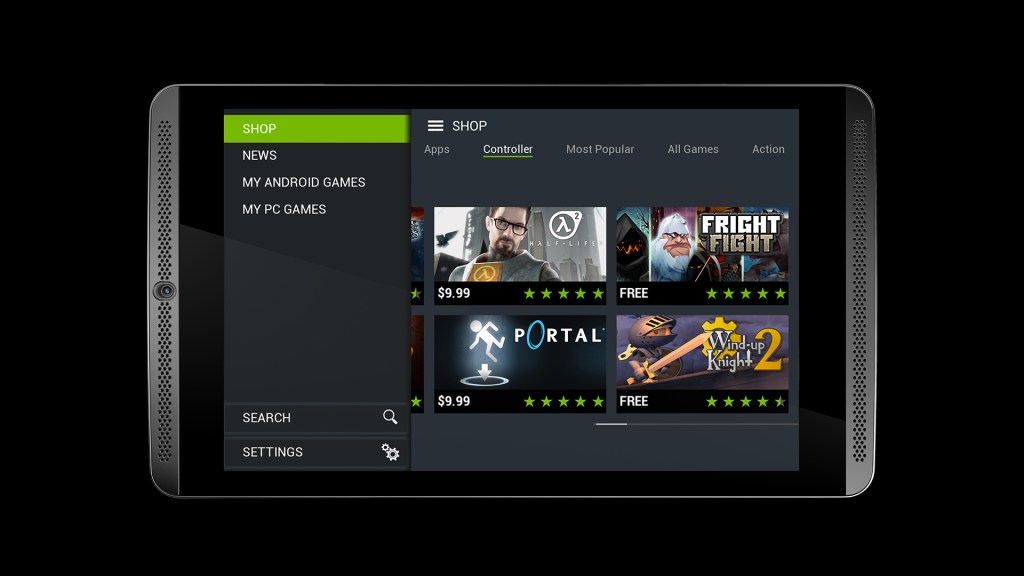 What Both Devices Offer

GeForce Now is still available on both devices, if you are not familiar with the service Nvidia recently announced it. It is a service that allows you to connect to NVIDIA’s game library giving you unlimited streaming of popular PC games such as, The Witcher 3: the Wild Hut, NOBUNAGA’S AMBITION: Sphere of Influence, and Metro 2033 Redux just to name a few. You can buy newly released games from the online store. When you first sign up the company will give you three months free – after the free trial, it is only $7.99 a month. 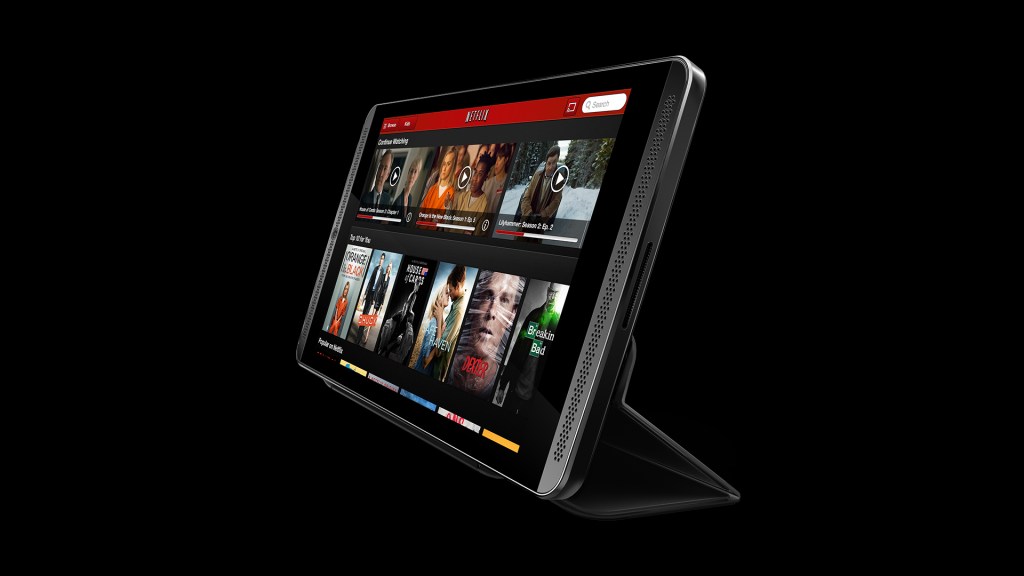 Although the Nvidia Shield Tablet K1 is not really an upgrade from the original, they did fix the “overheating” issue the first device had and lowered the price drastically. You still have access to the GeForce Now experience allowing you to take your person PC library on the go with you. The Shield offers the best of both worlds – I could download the OneDrive app in order for me to do some work, like write this review, and when I’m done and need to relax I can easily tap on the Shield Hub and start playing my favorite games. If you were thinking about getting the device before and felt it was too pricey, here is your opportunity to get your hands on the best tablet built for work and play for less.