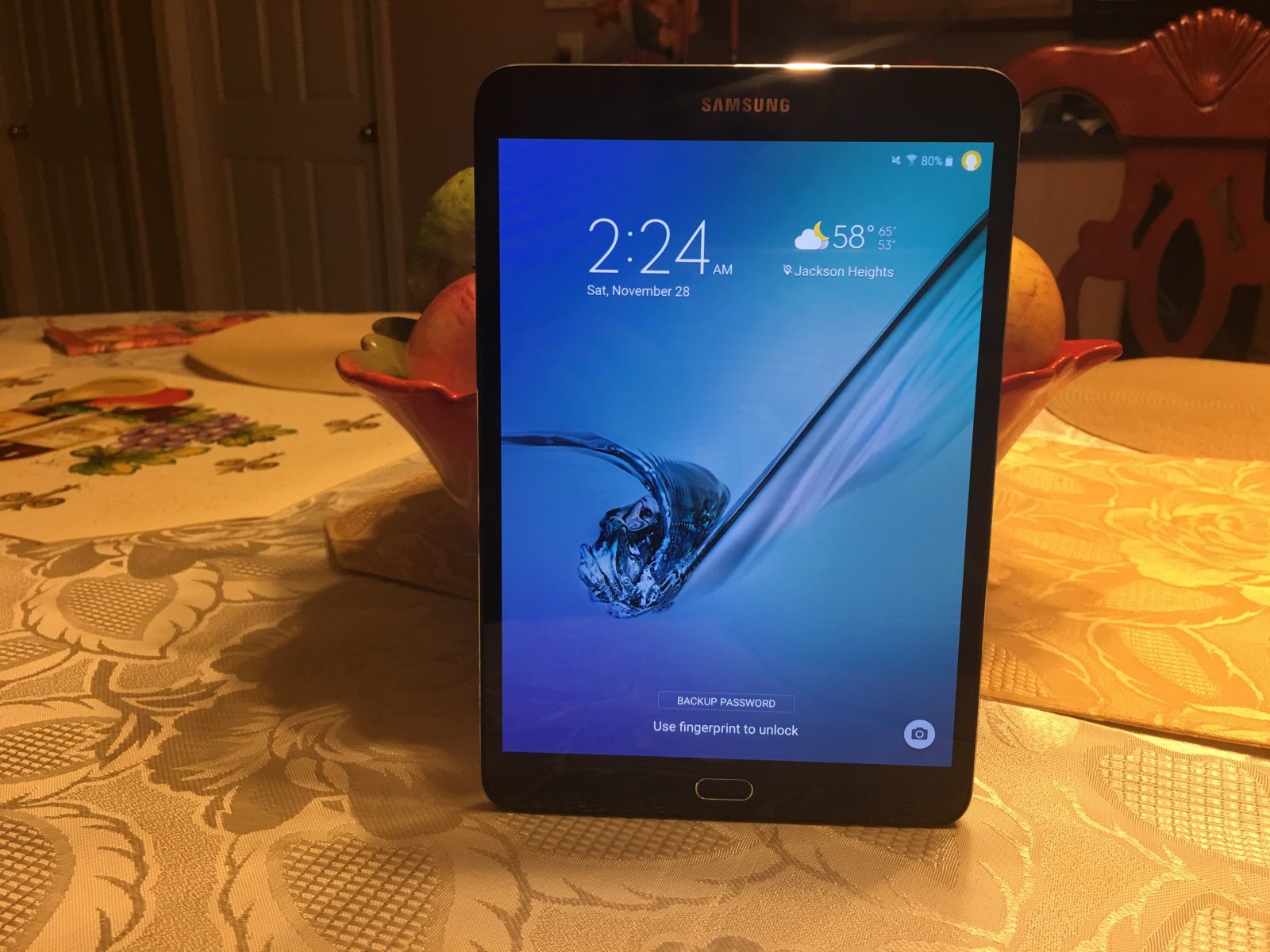 It has been a while since I’ve reviewed a tablet.

There aren’t many that catch my eye. After years with tablets there are a few things that I am looking for. I want a nice screen, I want it to be lightweight. I had a few weeks with the 8 inch Samsung Galaxy Tab S2. 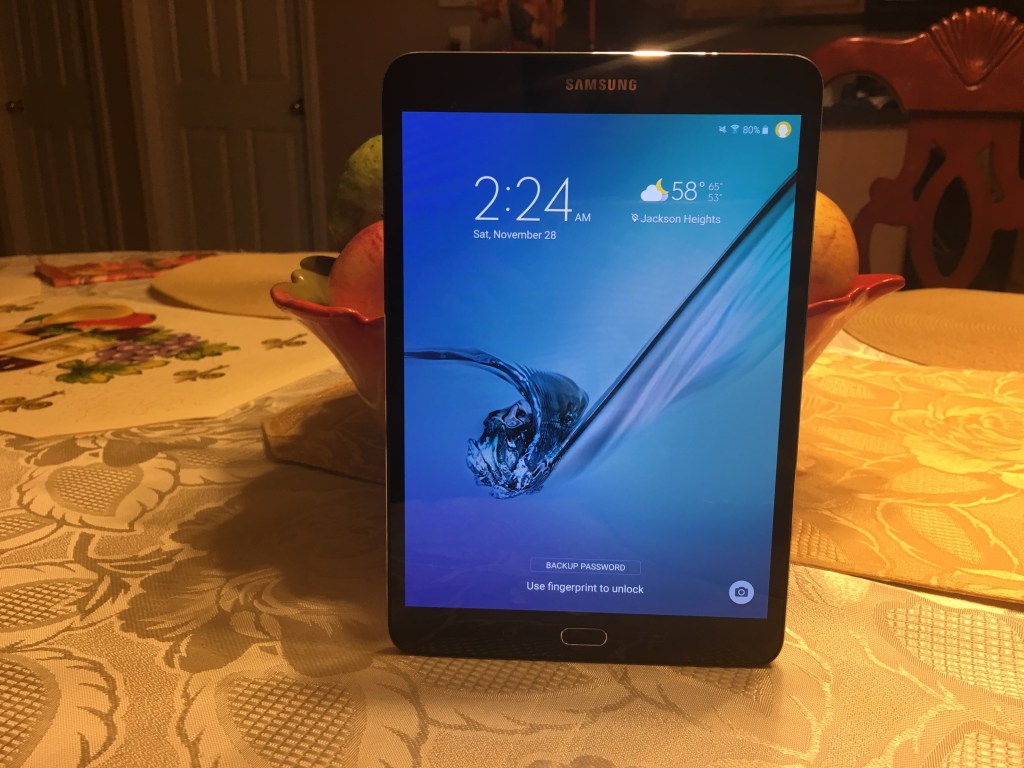 The Tab S2 is thin, really thin. You almost don’t want to put a case on it. I would keep it on a sleeve. Similar setup to Samsung’s latest mobile phones, you have the recent apps button, fingerprint scanner (home) button, and back button on the bottom front. On the right side you have the power / standby button, and volume rocker. Lower down on the right border you have the micro SD card slot. On the bottom border you have the headphone jack, micro USB charging port. They are both surrounded by speakers. The back just houses the rear camera and slots for covers. 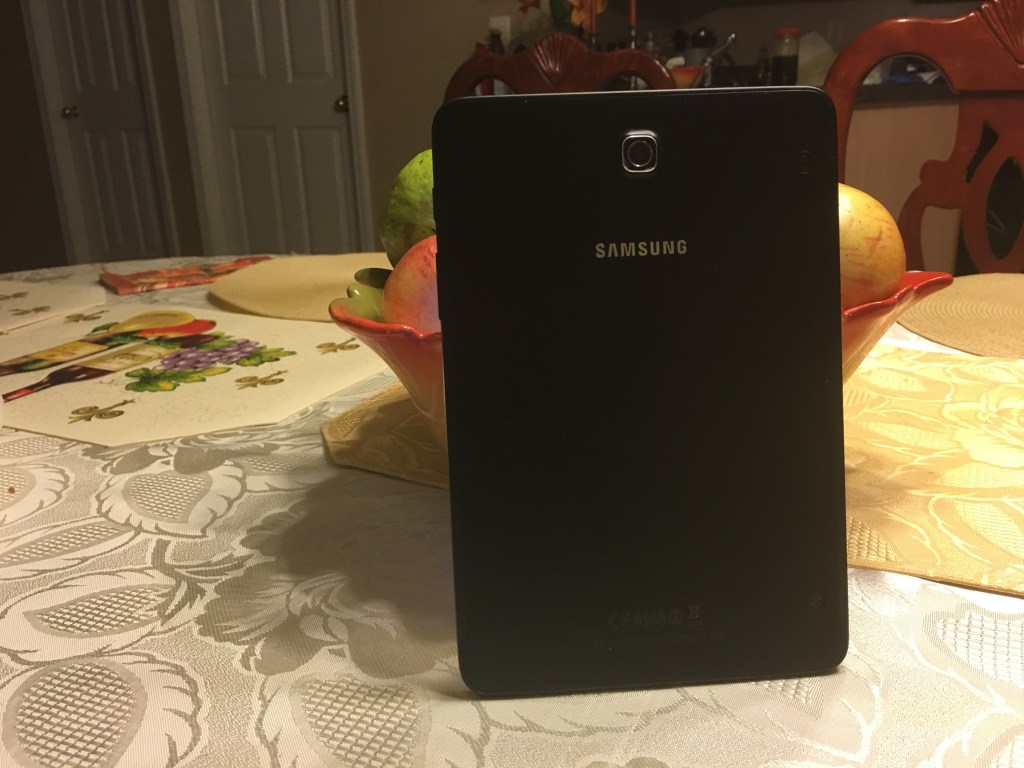 While I have gotten used to using large phones for entertainment, using a tablet is always refreshing; especially a tablet with such a crisp screen. You can’t stop staring at the beautiful screen on this tablet. Samsung is great with their displays. The Tab S2 is no different.

Since the buttons are centered there is a lot of room on the corners of the tablet, which is where I hold the tablet, which works great. I could hold the Tab S2 one-handed comfortably for a long time. Even if the tablet is lightweight it feels sturdy. Not flimsy at all.

As for software and speed, Galaxy Tab S2 is beast. Sometimes when I am reading I have Milk Music playing in the background (yes, I always use Milk Music when I am on a Samsung device). The Tab S2 can have multiple apps open and going with no problem to performance. That is due to the less intrusive TouchWiz skin. Somehow it’s gotten lighter and is not weighing the tablet. I noticed that all the extra apps weren’t downloaded for you. You would have to download them from Galaxy Apps. 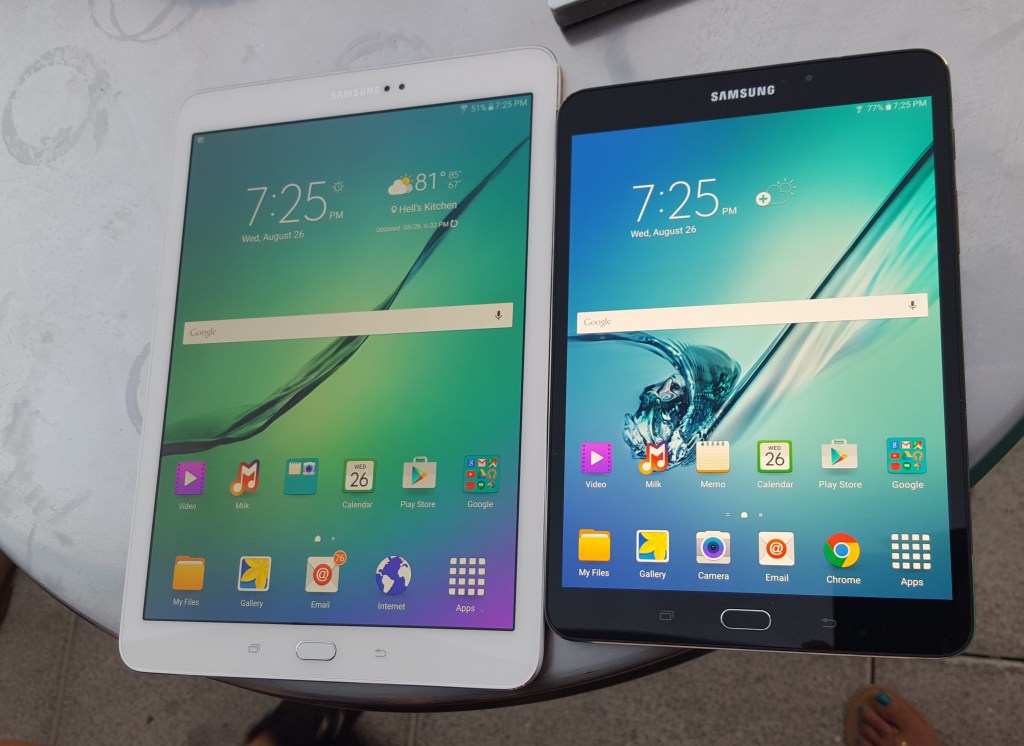 I miss the IR blaster that was on the original Tab S. Using the remote interface is a lot better on a tablet’s large screen. But it’s not a deal breaker for me since I didn’t use it that much.

I wouldn’t say that battery life is great. It’s good at best. But I am using the tablet for long periods of time with the screen on. But that’s the price you pay for a thinner and lightweight tablet.

There are different versions of the Samsung Galaxy Tab S2 available. First there is screen size. You can go with the 8 inch or 9.7 inch. If you have a phone with a large screen already, I suggest getting the 9.7 screen to notice a big difference. If you’re going to read more, or your phone’s screen size is smaller than 5 inches, I recommend getting the 8 inch Tab S2. Starting at $349 for the 8 inch (Wifi only) version.

If you own the original Galaxy Tab S, I don’t think there is any need to upgrade. The battery on the Tab S2 is smaller, and the speakers are on the bottom which is a downgrade to me. You can learn more about the features at samsung.com 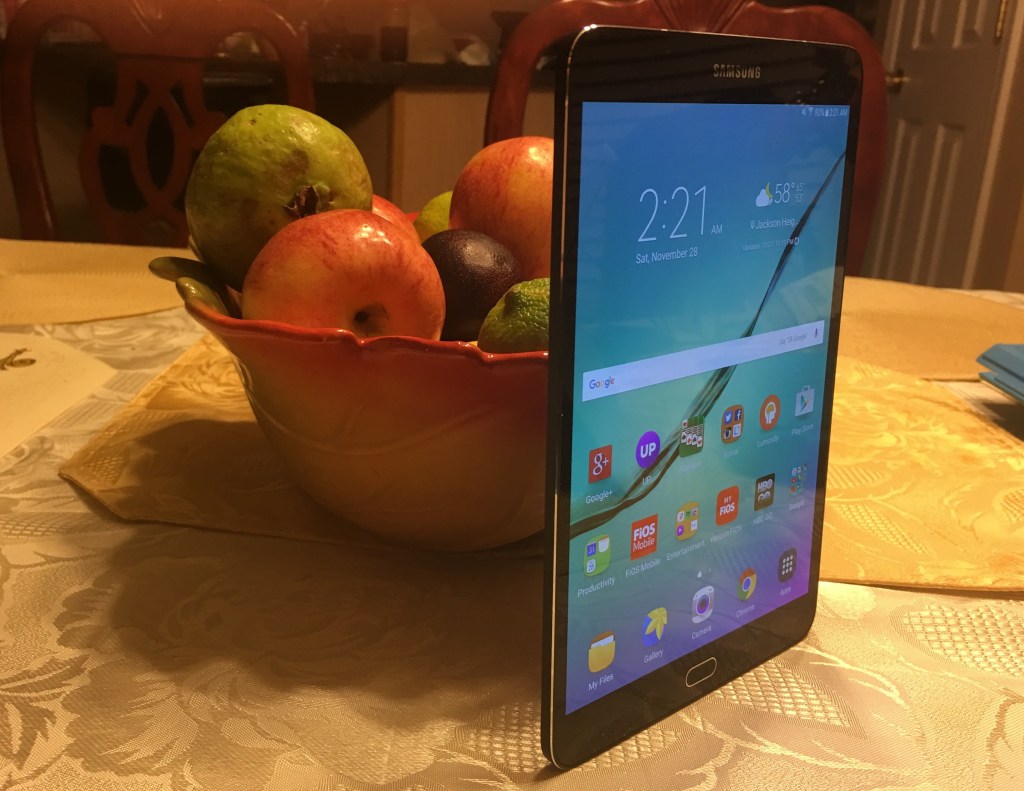 The premium experience the Tab S2 brings is noticeable. But it will definitely cost you above other Android tablets. But you won’t even notice it’s in your bag. With the size of phone screens, the 8 inch may not seem as a huge difference, so I recommend the 9.7 inch tablet instead.