During this years Pax East, GungHo showed off two new games that will be released sometime in 2016. The company is known for games such as, Republique which is a Stealth-Action mobile and PlayStation 4 game, and Ragnarok Odyssey Ace, an Action-RPG game which was available for the PlayStation 3 and PS Vita.

With the company making such amazing games that will keep players engaged for hours, I was excited to check out the new games that the company is working on.

Let it Die was announced at E3 of last year, but during Pax East attendees were allowed to play through a small part of the game. I wasn’t given too much information on the game, as it’s still being worked on. The game has a dark feel to it, you start off in what looks like an abandoned world, the enemies look like zombies – when you start off, you have no weapons, and have to use your hands to fight until the enemy drops a weapon.

Once they drop a weapon, or you find one in a box which are located throughout the game – you can then choose which hand to place the weapons on. The left and right hand can hold up to three weapons, which I enjoyed – it allows me to have a handful of choices to take out my enemy without getting bored. You can also perform special move sets, on the screen the triangle icon will appear letting you know you can now perform your special move set.

The demo wasn’t too long but I did find myself wanting to play some more. I was told that more information will be released in the upcoming months, but for right now, I like what I see and look forward to see what else they have in store for the game. 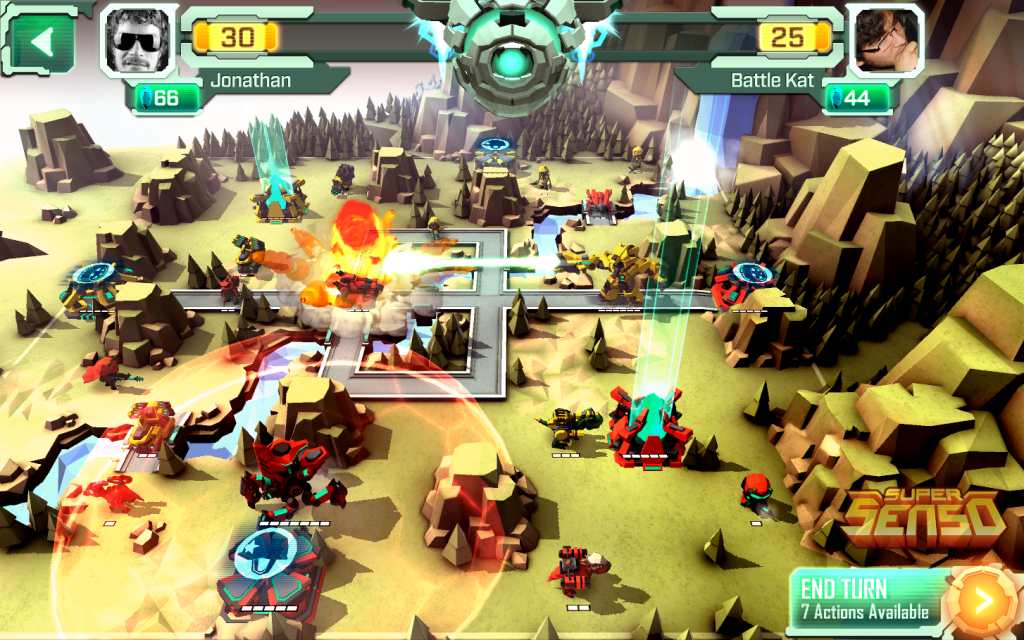 The mobile battle game may familiar to you when you play it, since the game has ex-Final Fantasy designer, Yoshitaka Amano as well as Nobuo Uemastu who is also involved in the game. I was able to get some hands time with the game, if you like turn-based action strategy game, you will enjoy Super Senso. You can build your team with some color characters such as, zombies, stealth ninjas, and dinosaurs.

You start off with a small amount of troops, you will move them according to how you like, I had to remember that if I set them up wrong I would be able to give my enemies an advantage to take out one of my troops. The more damage you do to the enemy, the more points and money you will get to upgrade your troops, and special abilities. I was able to use one ability that allowed me to set off these powerful rockets that did enough damage to help me take out the enemies big troop. During the game, you can deploy more troops to help in your battle. The game is still in beta and the company is looking to release the game sometime in 2016. For those of you who are interested in playing the beta, you can do so now! I have already signed-up, so I’ll see you guys on the battlefield!