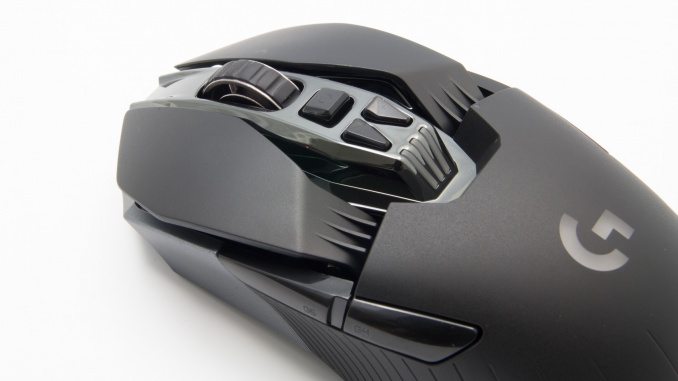 When it comes to gaming, you will see more companies offering more wireless products. Even though wireless products give us the freedom to do things like being able to walk into the kitchen to get a drink without having to say “hold on, I’ll BRB” and then having to rush back because you had no idea when the game was starting. Or, having to constantly untangle wires from your keyboard, headset, or mouse. Even though we love being from wires, we also fear that our wireless device will give out on us in mid-game.

Just think about it, you are in a tension game, your team is so close to winning the match and all of a sudden your character stops moving, you begin to bang your mouse on the mouse pad thinking maybe that will get it to work again – then you notice, the light on the mouse is out. You go from panicking to rage and you start looking for the cord to charge it or, for your back up mouse (which is usually a wired mouse). This has happened to so many PC players, especially me.

Logitech, has announced their new mouse, G900 Chaos Spectrum. The G900 features a light weight design, along with it having a High-endurance/Professional eSports gameplay and, it’s wireless. Can Logitech prove to PC gamers that a wireless mouse can give us this high performance, light weight design and most of all, a great battery life? Let’s see if the G900 Chaos Spectrum changed my mind when it come to wireless mice. 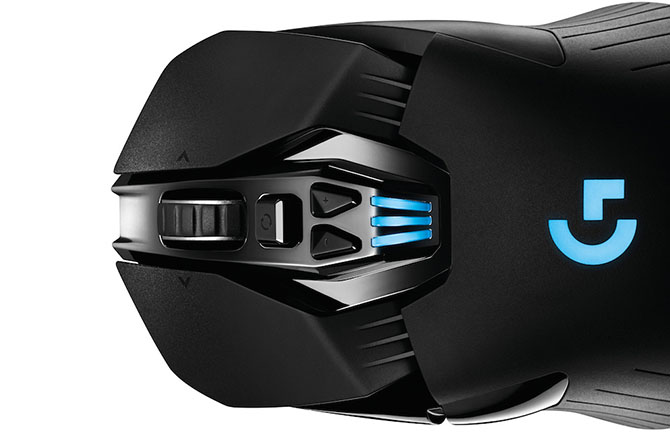 When shopping for a new mouse players look for, and need comfortability. The mouse, just like the keyboard, are a PC player’s life-line. If the mouse does not feel secure in the players had for a short amount of time, the chances of them purchasing the product is slim to none. We also look at the buttons layout – the layout is extremely important, especially during a tournament where every second counts.

Logitech put a lot of thought and time into the design for the G900 Chaos Spectrum. Let’s start off with how it fits perfectly in my hand, there are no unnecessary big buttons on the side which allows you to obtain a firm grip on the mouse. Your left and right buttons are the same length, if you had the Logitech G502 (as I did) you will notice that the right button was slightly longer in length than the left button.

On the front of the G900 behind the track wheel you will notice three lines, these line will give you a heads up on when you need to start charging. The front of the mouse will have a USB port – this is where you will insert your charging/data cable, and on the bottom you will find the on/off button. If you take a good look at the G900, the design actually reminds me of the bat mobile.

When it comes to wireless gaming for the PC people are still on the fence. Let’s face it, many of us have tried different wireless mice and it didn’t end well for some of us. The problem with some wireless mice, was we never got a heads up on when it needed to be charged – causing many of us to look for the USB cable to start charging it, some had a charging base which meant we wouldn’t be able to play since it had to sit on the base in order to charge. This caused me to rage quit and not play for the rest of the night since I was so annoyed, it also had players in the chat calling me a noob and threatening to report me since I wasn’t able to move my champion.

The Chaos Spectrum comes with a small wireless USB adapter which I plugged into my PC tower, after customizing my setting – I started to play. I played for about six hours, after taking a short break I continued to play for another four hours. The next day I played for another six hours, I really didn’t need to charge the G900 until the third day – I got on to play on my third day and notice that one light was on instead of three, all I did was connect the charging/data cable and continued to play, no rage quitting and no one tried to report me this time.

Wireless gaming also gives you the freedom that a wired mouse can’t. During gameplay I would have to keep pulling at my mouse because the wire would drop down, but since I’ve been using wireless I no longer have to keep picking up the mouse and pulling on the wire to get a comfortable position. 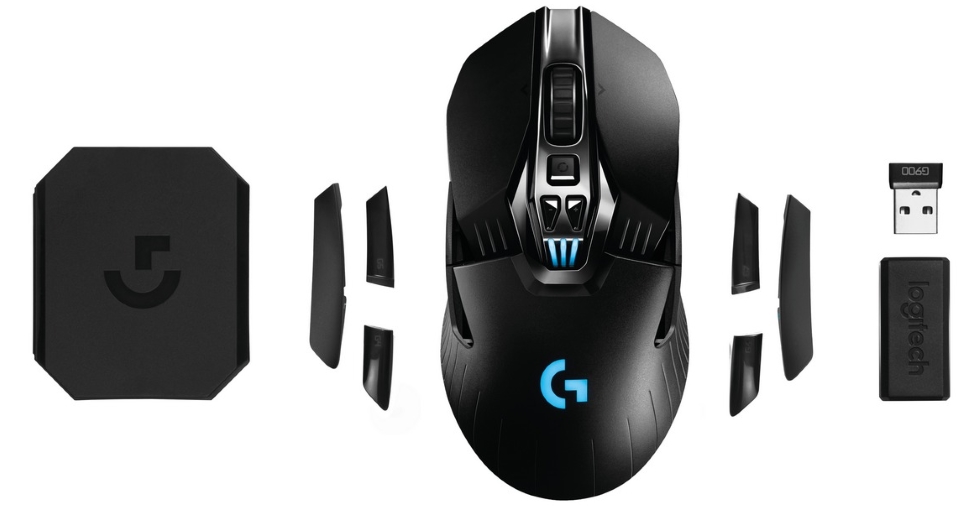 Even though the G900 has a nice sleek design, it didn’t take away from the ability to customize the mouse to your liking. You have an extra set of finger grips that you can switch out. You also have 11 programmable buttons, which will allow you to set up commands you use the most. It wouldn’t be a Logitech mouse with the ability to use programmable RGB lighting. You can choose between 16.8 million colors, you will have two different lighting sections that you can customize, each section can be represented by a different color.

After I downloaded Logitech Gaming Software the majority of my time was spent setting up the colors on my new device (I’m very picking when it comes to colors on my devices). You can choose to have all your Logitech devices have the same colors and patterns, or you can do what I did and had all of my Logitech devices on different colors as well as different lighting patterns.

While watching any eSports event, many of us want to have the same performing mouse as the Pro’s do. The G900 features a 1-millisecond report rate and with the mouse having a 2.4GHz wireless connection, and a PMW3366 optical sensor you will never have to worry about latency, which we know can cost us a game. There is another feature that helps the Chaos Spectrum with speed, and it’s the light weight design.

The Chaos Spectrum is perfect for any type of game, we all know I’m a big MOBA (Multiplayer Online Battle Arena) player, but I wanted to make sure I would be able to use this mouse for any type of game and get the same response. I decided to play CS:GO (Counter Strike: Global Offensive) which a popular FPS (First-Person Shooter) in eSports, while playing the game the G900 performed just as fast and was just as response as if I was playing a MOBA game.

Many players still feel the need to stay away from wireless mice, as a PC player I have heard and shared my own horror stories when it comes to using a wireless mouse and promised myself I would never use one again. My feels have changed since using the G900 – I love the freedom I have when using it, I’m no longer paranoid that the mouse will die on me while I’m in mid-game since I can know see when it needs to be charged.

Being able to use this mouse for all games it a huge plus, I no longer have to unplug my mouse that was made just for MOBA games, and plug in my mouse that was made just for FPS games, I have a mouse that gives me a remarkable performance in any game I choose to play. I also love the design, as it fits perfectly and comfortably in my hands – not to mention it look likes the bat mobile which gives it a sexy sleek look.

Logitech is the first company to perfect the wireless mouse!