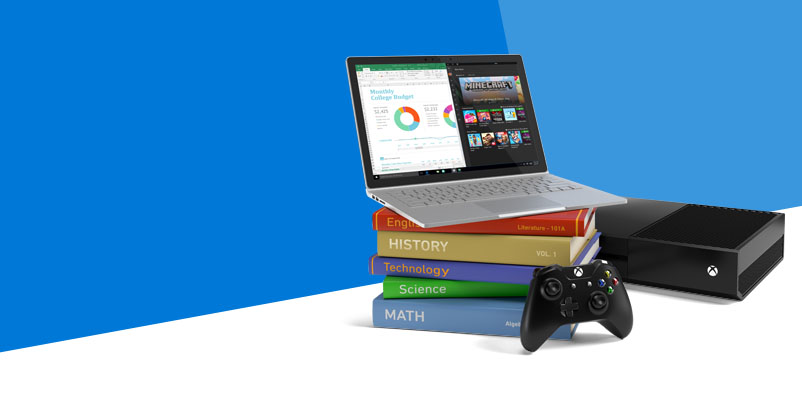 Microsoft is thinking about both work and play with the bundle deal they have going on now. While some are just now enjoying summer time freedom. Microsoft is getting ready for the Back to school season. Starting today (June 29th 2016) you can bundle an Xbox One (gaming console) with a Surface Pro 4, or a Surface Book (Windows 10 devices) and save $300. The offer is valid until August 24th 2016.

For those of you who need a bit of convincing in getting both a computer and an Xbox, Microsoft has conducted research on the benefits of gaming:

You can learn more about the Surface and Xbox One Bundle at microsoftstore.com

Also if you get a Surface Pro 4 or Surface Book you will get to enjoy the new features brought by the new Windows 10 Anniversary arriving on August 2nd. You will have to upgrade your devices by July 29th to get these benefits.

From the Microsoft Blog:

We are committed to delivering continuous innovation to you: including features that bring Windows Ink and Cortana to the mainstream; a faster, more accessible and more power-efficient Microsoft Edge browser; advanced security features for consumers and enterprises; new gaming experiences and new tools for the modern classroom. Everyone running Windows 10 will get these new features for free.