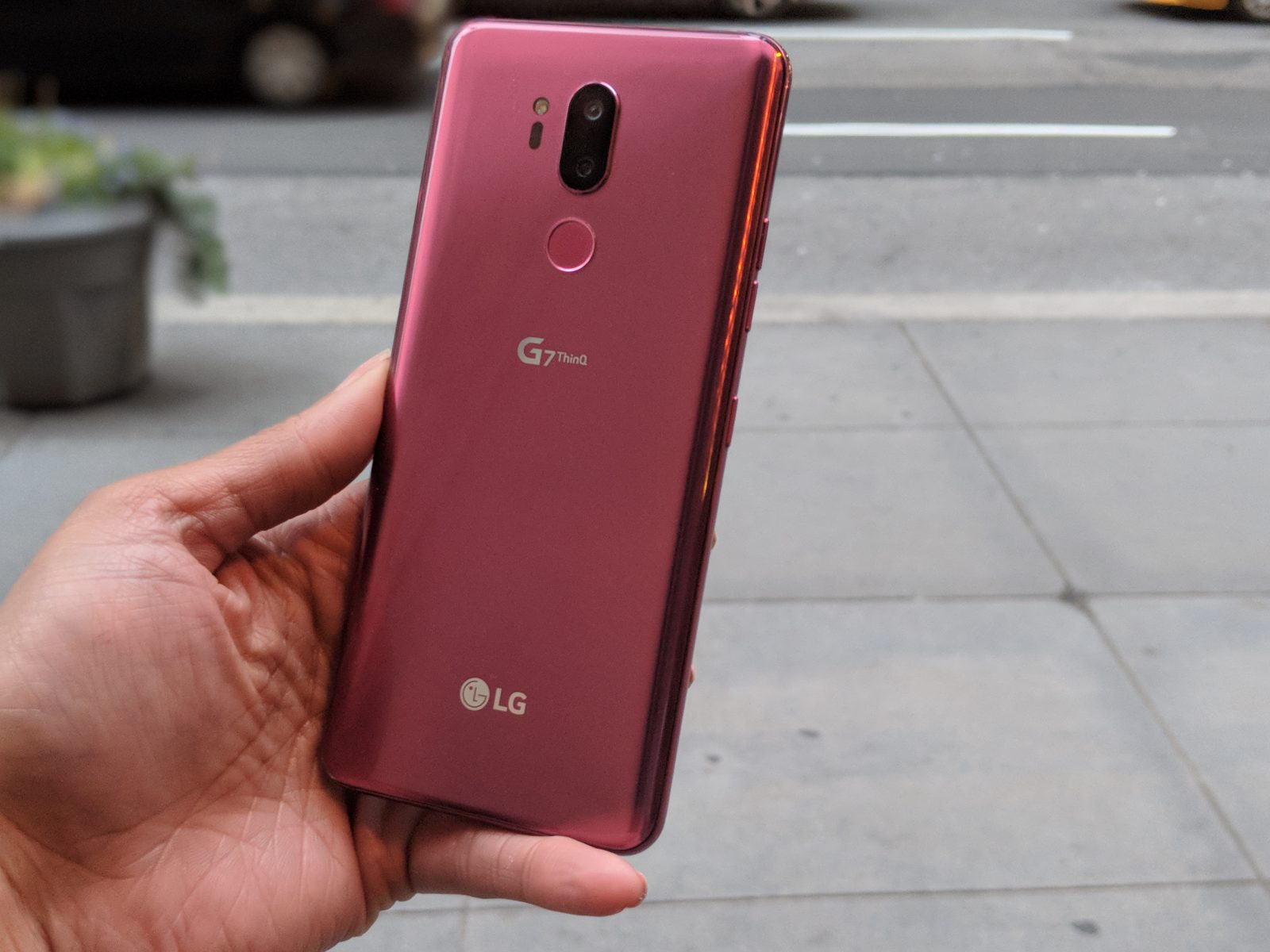 Facebook Twitter Pinterest Email
The LG G7 ThinQ tries to bring it all together, simple design, AI intelligence, and decent cameras. Here are my thoughts on the phone.

I’ve been a fan of the progress LG has made with their G series. Last year’s G6 was a solid phone, how much of an upgrade is the LG G7 ThinQ? My thoughts after using the phone for a few weeks. 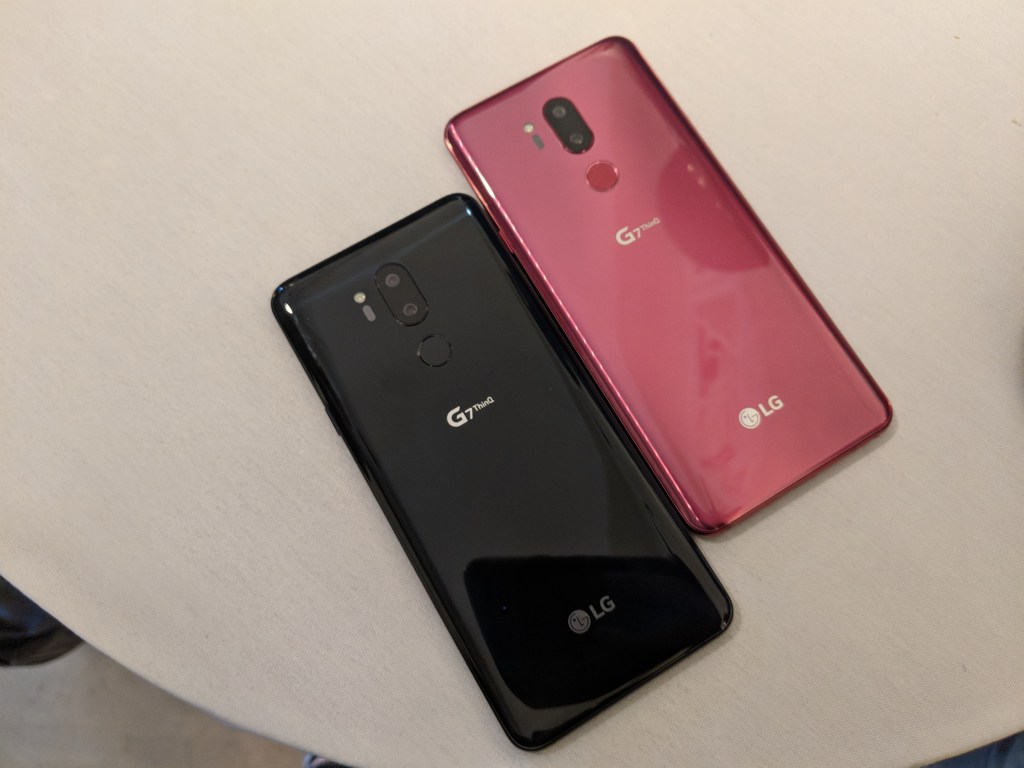 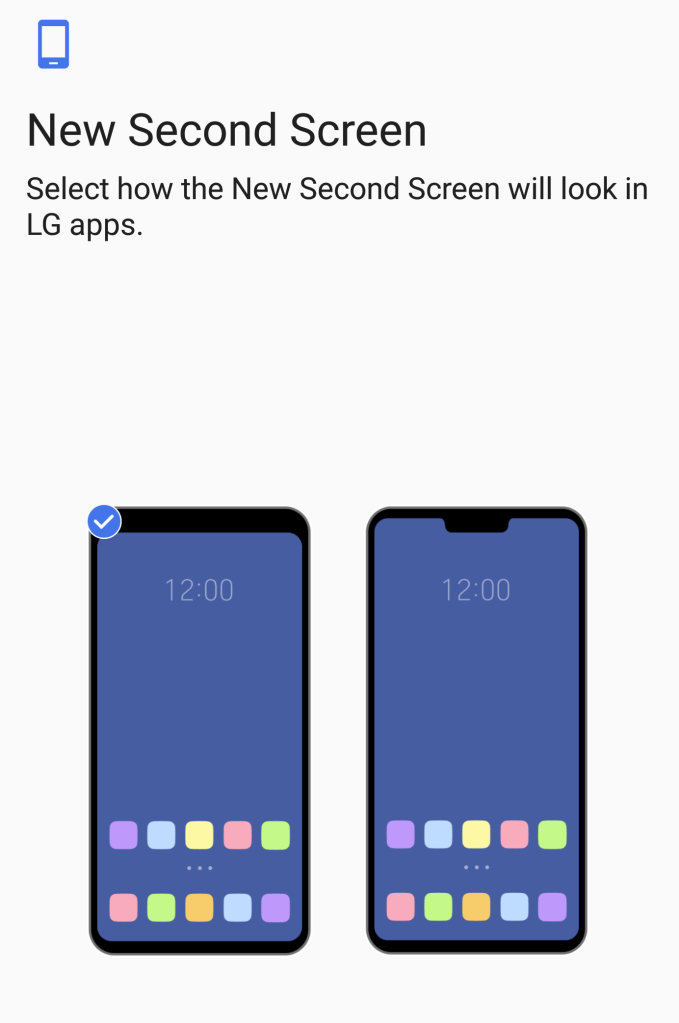 The G7 ThinQ is thin and slippery like almost every other phone in 2018. It has 6.1 QHD display and a 8 megapixel in the front. The back has two 16 megapixel cameras. One is a regular shooter and the other is the wide-angled camera. the bottom of the G7 ThinQ has the USB-C charging port and a headphone jack. Like other LG G phones, the headphone jack has a DAC built-in The left border has the volume rocker and Google Assistant button, while the right side has the power button. I was used to the power button being on the fingerprint scanner on the back of the phone, so that took a bit of getting used to.
The phone has the narrow build. Almost no bezels on the sides and thin bezels on the top and bottom. It really does look like the phone is a full screen. The large screen actually fits nicely in one hand. Definitely not a bad feel for a 6 inch screen. You have a choice of using the “second screen” or not. If the notch is or isn’t your thing, it’s your choice. Of course, when I love the color of my review unit. The raspberry color is a nice touch. It reflects beautifully.

Check out our review of the LG V40 ThinQ

I took the G7 ThinQ with me to Mountain View, California since I was attending the Google I/O conference. I wanted to see how well the screen worked in bright sun and how the battery lasted during long periods without charging. The G7 ThinQ is smooooth! While the UI isn’t as clean as I’d like, it does flow a lot better. The Super Bright Display was helpful when the sun was bright. It came on automatically and went back to regular brightness which is cool. I’d hate to forget to turn it off and my battery suffers for it.

LG was boasting about the major features the G7 ThinQ has. The Boombox speakers and the AI camera. Rarely do I use the speakers on a phone as an audio source, but for testing purposes, I watched a few YouTube videos in different settings.
Hot Key

The AI hot key is on the left side of the phone. You can use it to activate Google Assistant. I didn’t find myself using it often, but if you rely heavily on Google Assistant, you will enjoy the use of it. 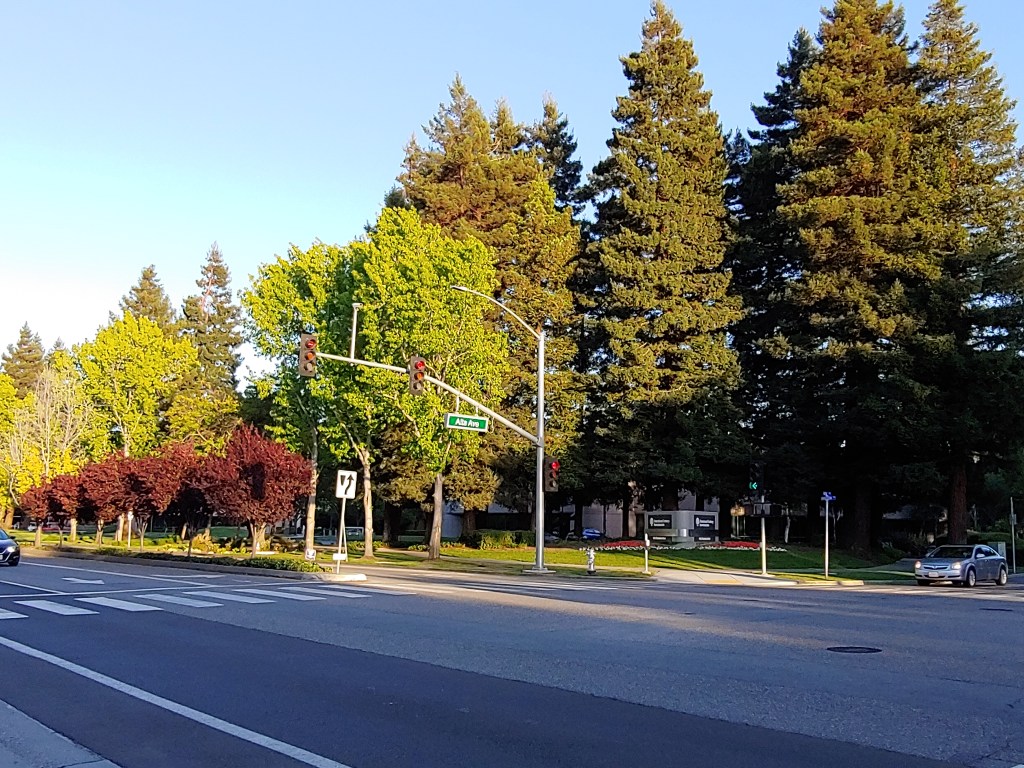 The AI Camera is pretty cool. It tries to identify what you’re taking pictures of to get better camera settings. I tried it with a sunset and it did decent. I prefer editing the pictures myself, but as an auto mode, it does a good job. 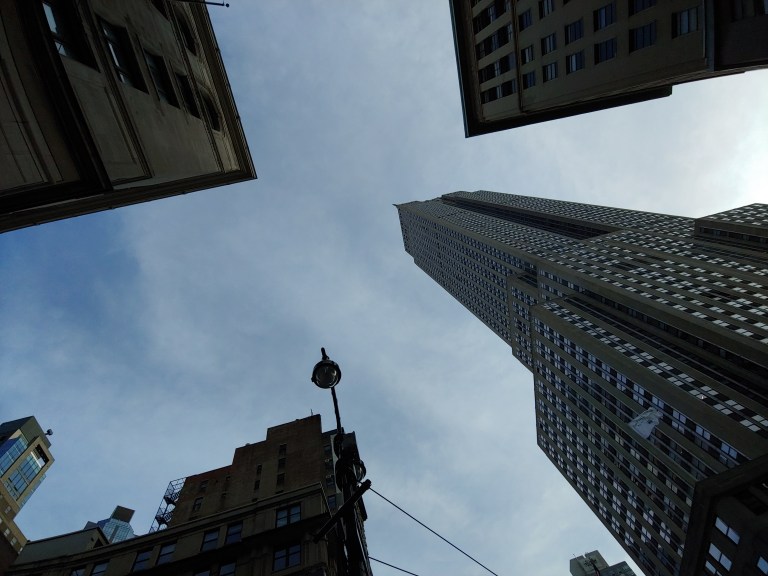 Portrait Mode has been that go-to mode for the last year. No one has mastered it like the Pixel 2 and Pixel 2 XL. The portrait mode shots on those are just fire. The G7 ThinQ does a lot better than I expected it to when it comes to Portrait Mode. There are some pics for your reference.

Wide-Angled Shots has become LG’s thing. The wide angle mode has gotten so much better with every phone. It definitely captures a lot more detail and there’s almost no curved corners. I found myself using the wide-angle mode a lot when I was out in California. It’s useful when you want to get the entire vibe of a scene. Low light with the wide-angled mode isn’t the greatest. The pictures come out muddy. 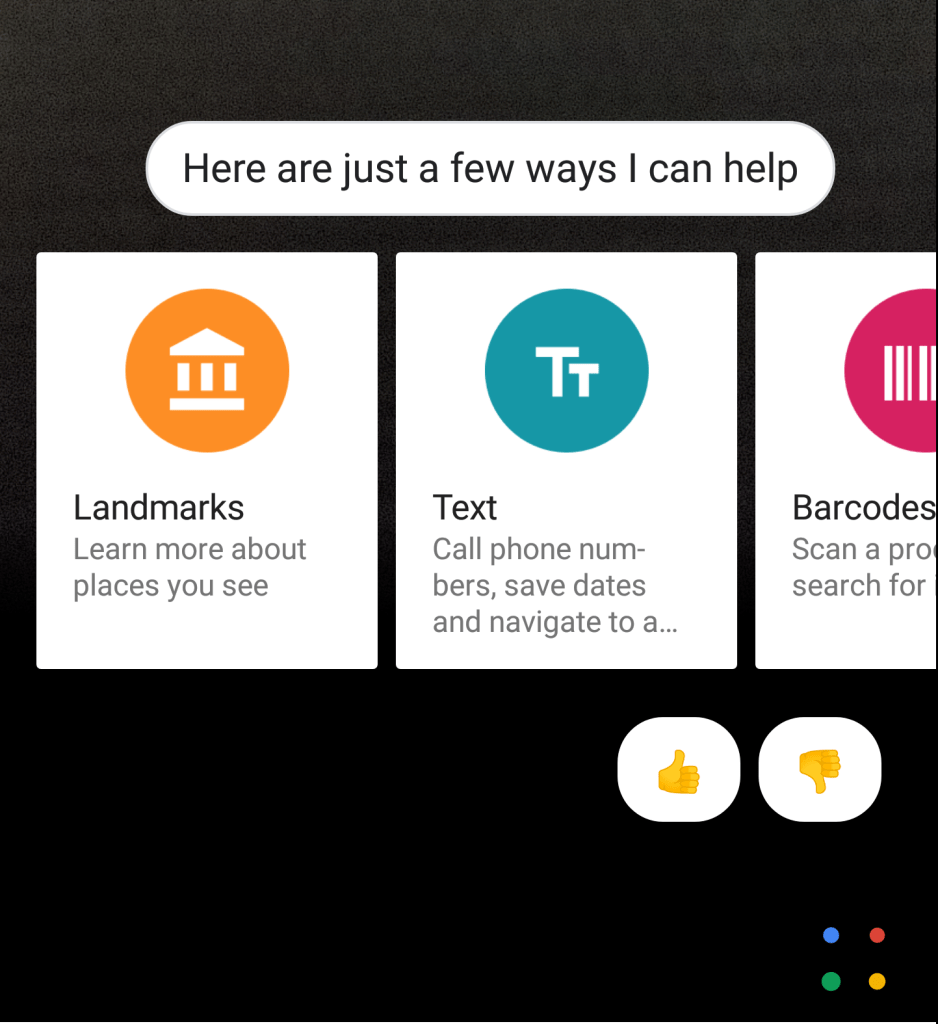 At this year’s Google I/O conference, they spoke about Google Lens. It came to the G7 ThinQ over an update which was pretty cool. So what does Google Lens do? It can recognize things, and give you information using your phone’s camera. Just how there are apps to identify songs, with Google Lens, you may be able to identify things, places, and people. While I haven’t had the need to use it, I tried it a few times, and it’s pretty cool. My favorite feature is scanning pictures with text, and being able to copy/ paste that text or import images to Google Keep (an app I swear by). You can learn more about Google Lens here

Battery life on the G7 ThinQ isn’t great, but it’s not bad either. When it does make it through a whole day of use, it barely makes it. Again, everyone uses phones differently, so you’re mileage may vary. As expected, on days where I am out and about, snapping pics, the phone seems to die a little quicker. 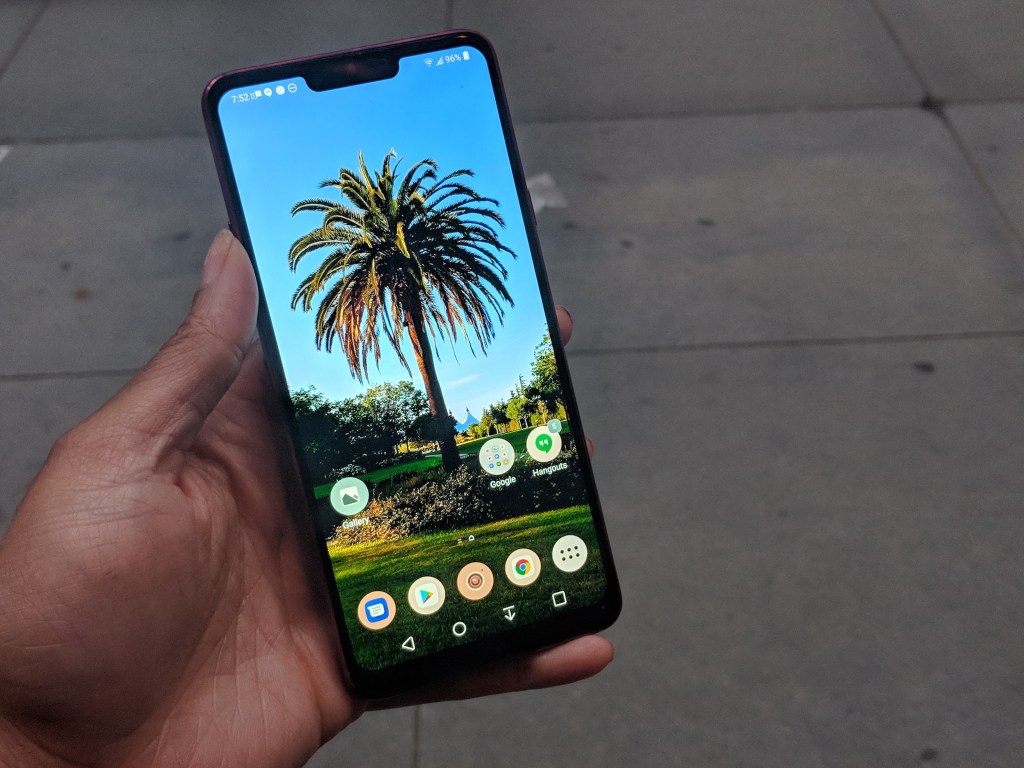 We don’t have exact pricing yet. LG say it will be in the ballpark of what the G6 was when it first released. I think if LG dropped the price down to $150 less than other 2018 flagships from the release date, it can definitely play hardball. 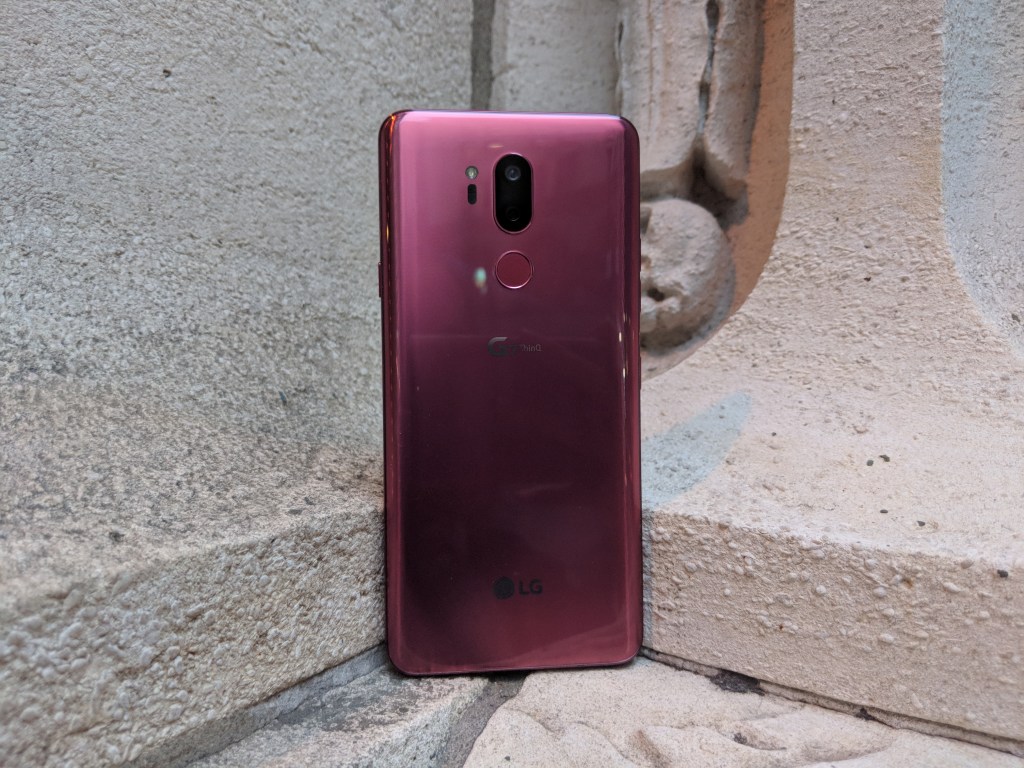 It’s very hard to differentiate between the flagships of 2018. It comes down to pricing and design. While we still don’t know the exact price of the G7 ThinQ, it does have all the features you’re looking for in a 2018 flagship. I’d recommend it for anyone who enjoys the wide-angled shots and watches a lot of content on their phone. Yes, there are other phones for that, so pricing and feel will definitely come to play in the decision making.