November 2018 | Analie Cruz
Facebook Twitter Pinterest Email
The Christmas Spectacular starring the Radio City Rockettes is getting a technological upgrade with the addition of Intel Drones. Get a sneak peek of the new finale, called Christmas Lights. #ChristmasSpectacular

Since I get to cover many events in New York, I was intrigued when I heard that the Radio City Rockettes were getting some technological backup performers for the Christmas Spectacular shows that start at the end of this week. The holiday season is definitely upon us. Intel has partnered with Madison Square Garden Company to bring the mini-drones to the Christmas Spectacular production. If you haven’t heard of Intel’s shooting star mini-drones, they have been around for a couple of years now. I got to see them live back in January at CES 2018 in Las Vegas, Nevada. The show was dope! I was excited to see how the drones will work with the Rockettes show.

I recently got a sneak peek at what the addition of the Intel drones looks like for the Christmas Spectacular shows. While we didn’t get a full dress rehearsal of the show, with all the of the Rockettes, we saw the finale of the new finale, called “Christmas Lights”. The drones dance to choreographed holiday music over the Radio City stage (you, of course, don’t really see the drones, you see their lights). Cindy Ng, Director of Marketing of Drone Group at Intel showed us the mini-drones and explained how the drones are maintained and inspected. 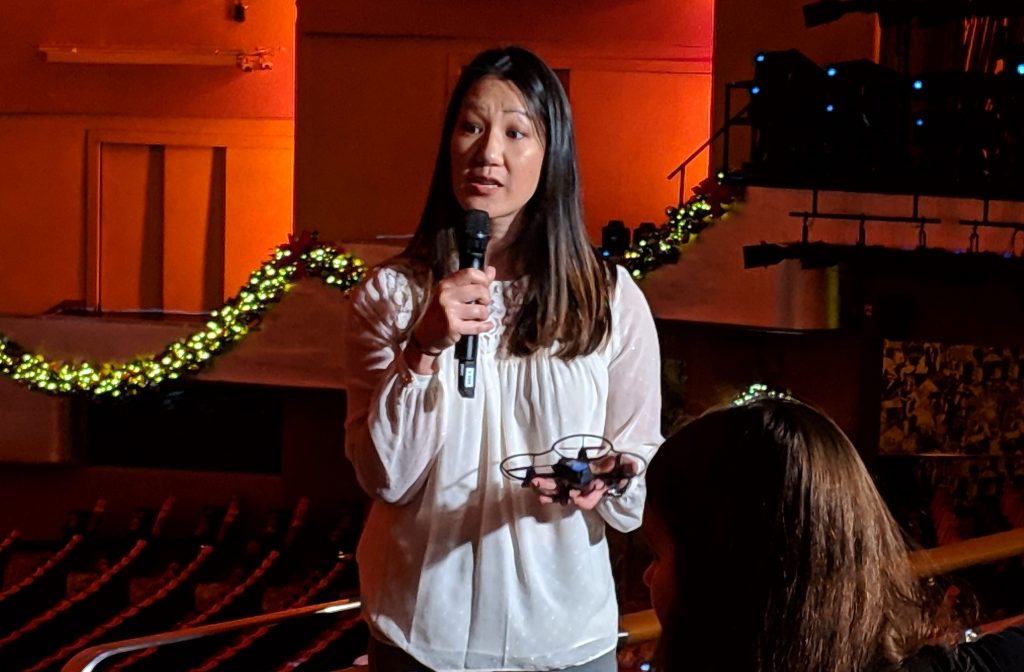 The drones were not the only technological aspects added to the show. We got to see some of the projections that will be all over the Music Hall’s walls during the show, immersing the audience from almost all angles. The projection mapping is precise to create a near 360 environment. It may be difficult to tell in the pictures, but once you’re in the theater, it blends in seamlessly. I imagine with loud audio, the Rockettes on stage, the digital content will blend together for an eye-popping performance. Check out the slideshow below for more pics. Ticket information is below too. 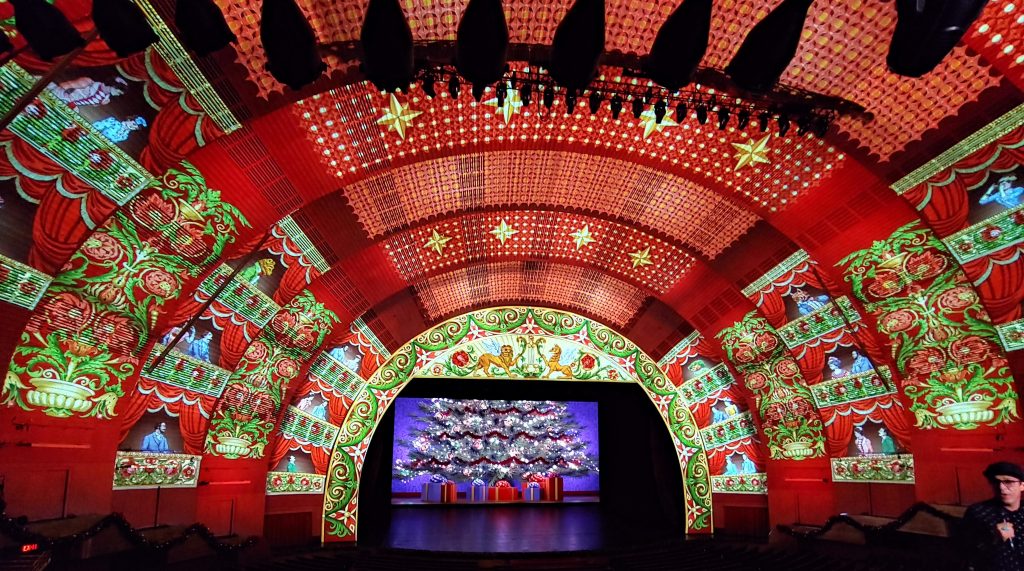 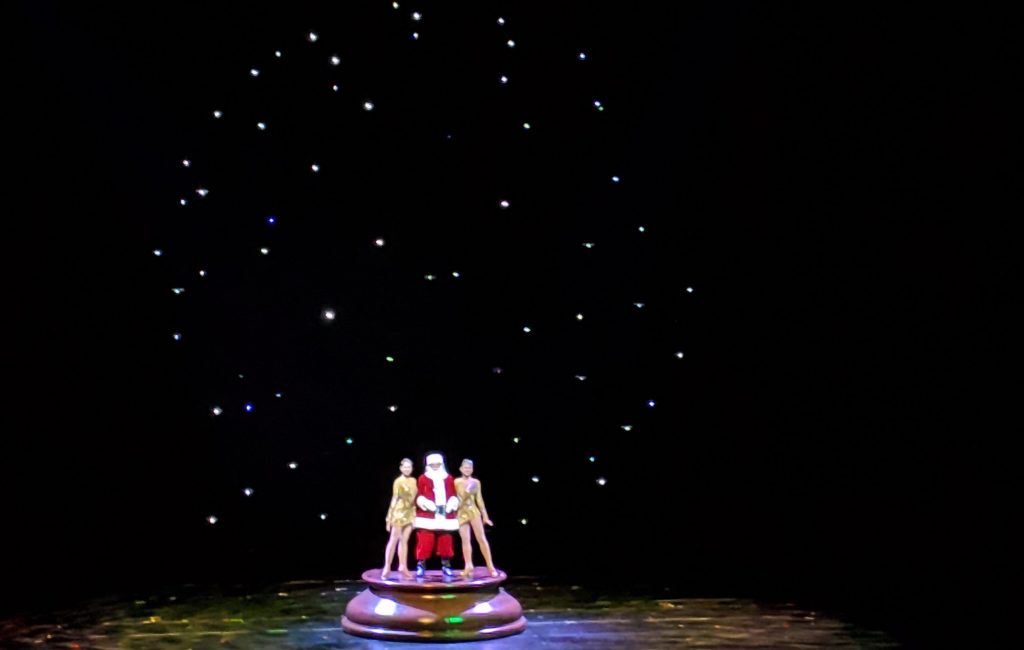