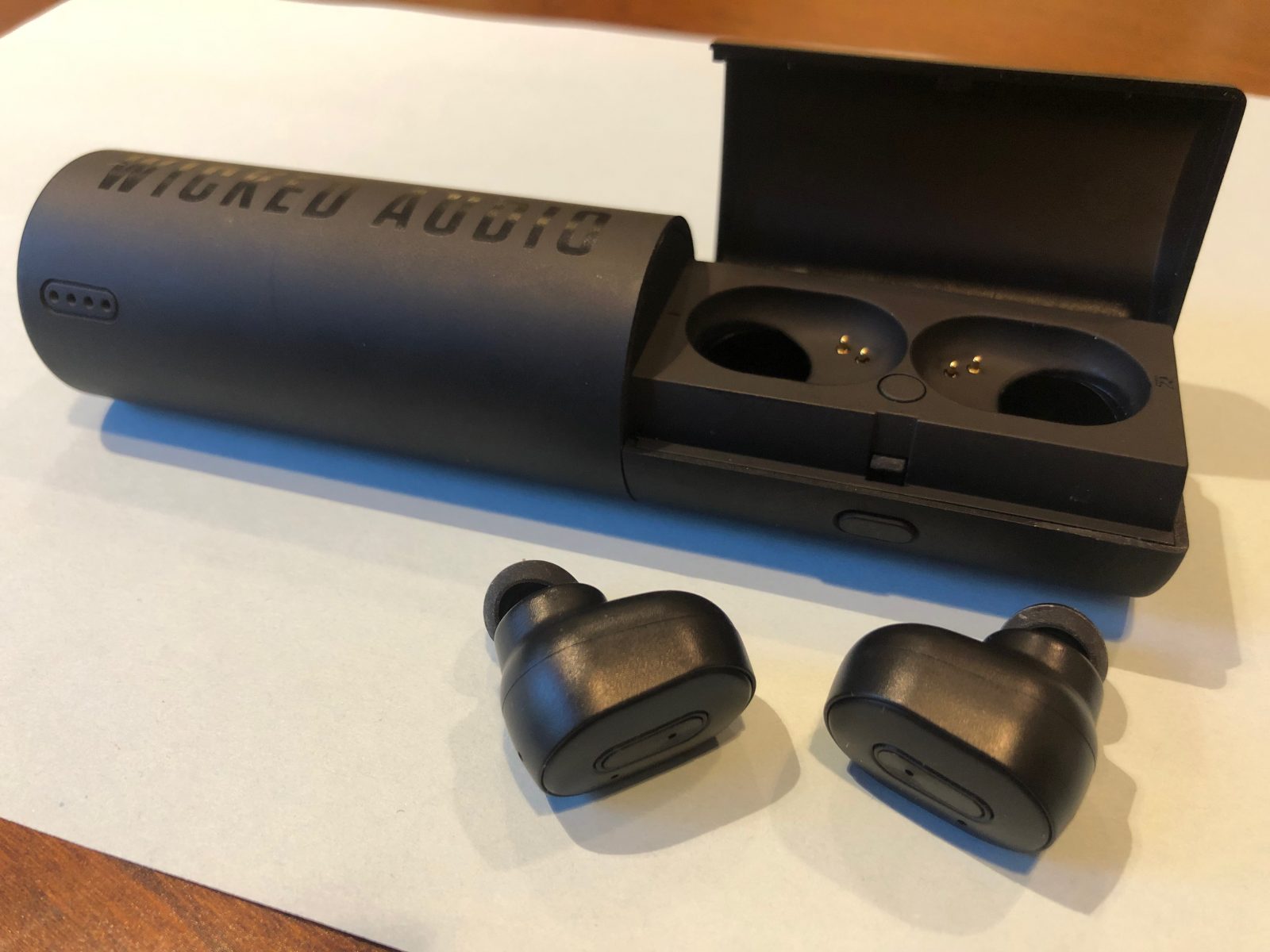 Facebook Twitter Pinterest Email
The Wicked Audio Arq Truely Wireless earbuds are under $100. Do they have the comfort and features you're looking for? Check out our review.

More Form than Function but Does the Job

I have been on a solid mission over the last year to come across a truly wireless earbud alternatives that didn’t break the bank, but still offered fantastic sound. So when I was sent the Wicked Audio Arq True Wireless Earbuds and got to test them out; I started with lots intrigue. Regrettably, I ended up mainly, irked. While the Arq earbuds offer lots in the way of pseudo-sophisticated fashion, it lacks in the delivery of both sound and (common) sense.

What’s in the Box?

The Arq True Wireless earbuds come in a cylindrical charging case which serves double-duty as a powerbank. The case is outfitted with a USB and microUSB port which allows you to charge other portable devices along with the earbuds—a very nice complimentary touch. Also inside the box are a microUSB to USB charging cord, 3 additional ear gel sizes and of course the instruction booklet. Though the Bluetooth pairing procedure absolutely needs instruction, it was one of the smoothest, most straight-forward pairing process I experienced.  And to Wicked Audio’s credit, the Arq earbuds remained paired regardless of how many times I turned them off, went out of range, or switched between other Bluetooth connected devices.

The earbuds themselves look straight out of a factory without any real distinguishing features. On the flat side of the earbuds are the on/off, pause/play buttons. Also on the earbuds are tiny LED lights which glow or blink blue or red depending upon connectivity status and battery life.

I will say I actually love the charging case—but merely from a style and inclusivity perspective. The case is matte black with a branded shiny “Wicked Audio” emblazoned on the front which gives it a more polished look. The case is very light but its shape doesn’t make it easy to stow away. Its 5.25” in length, so it’s not something everyone can conveniently throw in a pants pocket or pouch. That said, you still end up with a charging case that doubles as a portably battery so that means something in the long run.

Adjacent to the logo is the housing where the earbud cradles are located. The area is protected by a small swing “door” cover which pops open with a spring upon pressing a release button right below it. For some reason that button is close almost flush within the case, so someone with longer nails (such as myself) may have to fiddle around a bit before reaching the button. The cover is slightly transparent, so when you’re charging the earbuds and close the cover, you can still see the LED status lights and ascertain if the earbuds are ready for use.

While I had high hopes, the sound quality was fairly unimpressive. While the Arqs are fine enough for loudness and overall clarity of what you’re listening to, the sound felt a little too treble heavy. Interestingly enough the box itself boasts that the earbuds have “enhanced bass”, but when I ran it through a gamut of bass heavy tunes by Megan Thee Stallion, Young M.A. and Gunna; I barely felt the 808s. In addition, there’s no accompanying app or way to allow you to adjust the levels so I was left with a lukewarm feeling. While I hate earbuds that have muddy, overdone bass that drowns out other frequencies, I also don’t enjoy it when that punch is missing. Overall while the Arq sound is passable, it’s just ok and nothing special.

How Long Do They Last?

The Arqs have a fairly short battery life, listed at 3 Hours. In my tests I got about 2.5 hours before I got started hearing a voice announcing “Low Charge” in the left earbud every 30 seconds. This is clearly not ideal, but it now makes sense why the charging case is so big. Considering it’s 2600mAh of power, you can get a full recharge within 30 minutes. So if you don’t mind your earbuds living mainly in the case versus in your ears then you’ll be fine.

Point blank –you’re definitely going to sacrifice really good sound quality and some battery life with the Wicked Audio Arq. There’s also some design issues which may irk you. For one, the buttons for the earbuds are positioned in a manner that when you need to press it you end up pushing the earbuds even further inside your ear canal.  In addition, although the earbuds are lightweight and I switched the eargel size to compensate for my small ears — they still fell out often—which was a deal breaker for me. Where the charging case presents another mild irritant is how the earbuds rest in their cradles. When placing the earbuds in it to charge, you don’t get a satisfying snap or any real indication that they’re secure on the charging plate.

Overall, the Wicked Audio Arq Earbuds are a decent offering if you want truly wireless earbuds but don’t want to pay $100+. If you’re not really picky about sound quality and just want something that works then pick these up. As of this writing, you can get the Wicked Audio Arq True Wireless Bluetooth Headphones for $54 on Wicked Audio’s Amazon store. 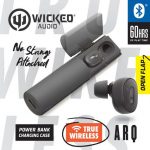