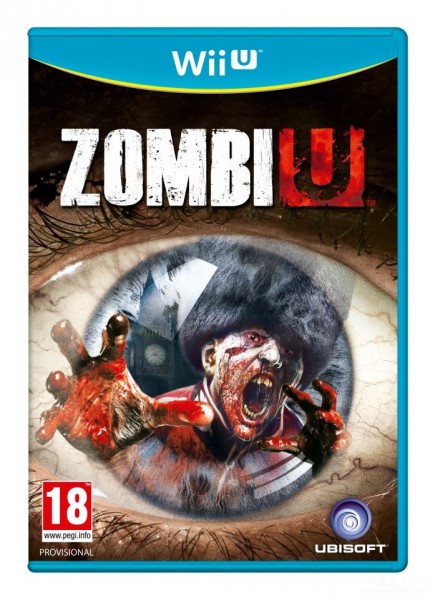 Yes you guessed it, another zombie game and this time it’s for the Nintendo’s Wii U. In this zombie Apocalypse Ubisoft challenged gamers to find out how long they can survive in the dilapidated, infected world of ZombiU a new survival horror game. ZombiU headlines a group of seven titles from Ubisoft that will be available for the Nintendo Wii U.

Developed by Ubisoft Montpellier, the studio behind critically acclaimed titles like From Dust, Beyond Good & Evil and, Ghost Recon Advanced Warfighter, ZombiU puts players in the middle of London circa 2012, where an outbreak has infected the population, destroying their humanity and turning them into mindless monsters preying on the flesh of the few remaining survivors.

This fear-fueled first-person shooter invites takes all the horror, chaos and tension found in the best of the horror genre and adds original interactive elements, including a unique death mechanic that puts players in the body of a different survivor each time they die, allowing them to track and take down their old, infected characters, recover their equipment and see if they can stay alive just a little bit longer this time.

ZombiU showcases the innovative features of the Nintendo Wii U Controller and creates new game experiences not possible on other consoles. The Nintendo Wii U Controller serves as the player’s ultimate survival kit, called the “Bug Out Bag.” The Bug Out Bag is a backpack containing all the maps, tools, weapons and supplies that players can scavenge from the limited resources available in the devastated cityscape.

ZombiU also will use the Nintendo Wii U Controller’s touch screen, gyroscope and camera to create a tactile connection between gamers and the in-game world. Finally, ZombiU features a distinctive multiplayer adversarial mode that allows one player to take on the role of “Zombie Master,” spawning and controlling enemies from a top-down view on the Nintendo Wii U GamePad while the second player fights for survival on the big screen in first-person shooter view with a Wii wireless classic controller.

“ZombiU is a dark and daunting game that gamers will love to play again and again,” said Guillaume Brunier, “ZombiU takes advantage of the Wii U’s one of a kind capabilities and will be a launch title that every gamer will want to sink their teeth into.” producer, Ubisoft.

I was able to play the game when Ubisoft had an event in New York, I will admit they were a couple of parts that scared the hell out of me. Overall the game looks like you will keep you entertained for a while.