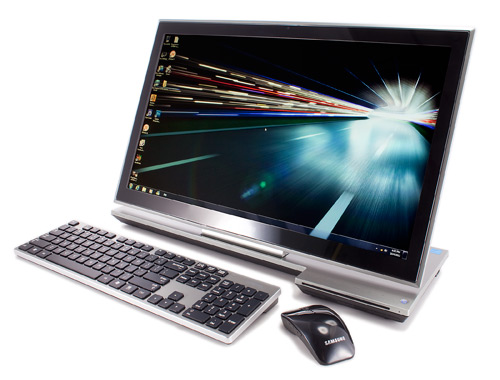 Facebook Twitter Pinterest Email
Last night I was able to see Samsungs new line-up and today they announced details about its upcoming Windows 8 mobile PC and All-In-One product lines. Building on its leadership position in the PC and tablet market, Samsung is bringing premium computing power, elegant design and an intuitive user experience to its PCs along with seamless convergence across devices, thanks to Samsung AllShare Play.

In addition, Samsung offers a range of unique applications across devices including Samsung Quick Starter, and exclusive S Pen apps such as S Note and S Memo.

“Samsung has seen extraordinary growth in the mobile PC category over the past few years, and we’re now taking our success to the next level by connecting the PC to other devices in the home or office through our convergence technology, Samsung AllShare Play,” said Mike Abary, senior vice president of consumer IT product marketing at Samsung Electronics America. “The launch of Windows 8 provides an inflection point in the evolution of the PC. Samsung has always focused on pushing the boundaries of design to create truly remarkable products that consumers and businesses want. We’re confident that we will continue to lead the future with our thoughtful, powerful approach to the computing experience.”

·Samsung Series 5 Ultra Touch: The Samsung Series 5 Ultra Touch is Samsung’s first Ultrabook with a 10-finger multi touchscreen. With a third-generation Intel Core i3 or i5 processor, premium multimedia capabilities, a high-definition screen, and an ergonomic, stylish design, the laptop delivers the mobility and performance demanded by both consumers and business users.

·Samsung Series 5 All-In-One: Also a powerful All-In-One PC, the Series 5 was designed to serve as an ideal kitchen PC, with a keyboard and mouse that fit neatly in between the legs of the base to open up counter space and a slightly smaller screen size that users look for in that room.

·Samsung Series 9 Premium Ultrabook: Featuring one of the thinnest, lightest laptop form factors ever introduced, the Series 9 represents the pinnacle of innovation and was designed to turn heads everywhere. Its unique design and innovative engineering breaks all common perceptions of premium notebook PCs.

Samsung’s newest PCs feature powerful, exclusive applications that maximize productivity and ease-of-use. All of the products have the ability to seamlessly interact with other Samsung devices, such as mobile phones, tablets and TVs, through Samsung AllShare Play, fully integrating the PC into users’ home or office ecosystems.

Users can easily share content between their All-In-One and other Samsung devices on the same network. They can showcase photos from their phone to the larger All-In-One display, or share a document drafted on their All-In-One with their tablet and continue editing while on the road.

Samsung’s new PCs also feature S Manager for the latest software and drivers. Included within S Manager is Samsung’s Quick Starter feature, which adds a toolbar and start button to the Windows 8 interface. This provides users with a choice of interface and offers a familiar navigation scheme. In addition, S Manager includes AllShare Play for seamless convergence across devices.

The ATIV Smart PC Pro devices are preloaded with S Pen optimized apps such as S Note, S Memo and S Cloud, allowing users to fully capitalize on the S Pen that ships embedded in a slot on the device. With 1,024 levels of sensitivity, the S Pen is designed for natural and intuitive content creation, and offers features including handwriting to text conversion and varying thickness when drawing or writing, depending on the pressure applied.

Looking up recipes on your computer has also never been easier than it is on the new Samsung Series 5 and Series 7 All-In-One PCs, thanks to Jamie Oliver’s application Jamie Oliver’s Recipes, which is exclusively pre-installed on Samsung’s Windows 8 PCs. Users can enjoy delicious recipes from around the world, developed specifically for the application and displayed in an easy to follow step-by-step format, each with beautiful high-definition photographs.

Samsung’s Windows 8 product line is available for pre-order now at www.Samsung.com and will be available in stores October 26, 2012.

The Price for each product is as follows:

Even if you are not a fan of Samsung products, you can’t deny this is one impressive line-up