Samsung Galaxy Note II: Can It Live Up To The Hype? [Review] 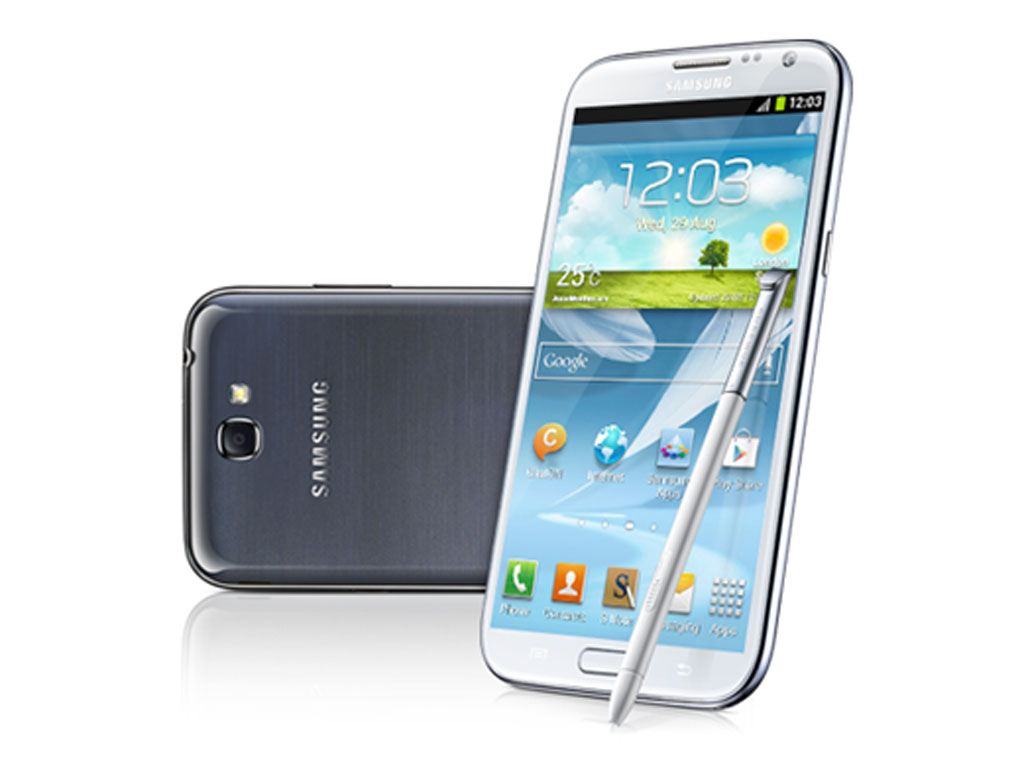 When the first Galaxy Note came to the scene it wasn’t widely revived to consumers, People thought having a 5.3 screen was a little to much. Journalist hated the phone at first, didn’t know if it was a phone or tablet, this is were the word phablet came a long (hate that word it just sounds stupid), so Samsung gave them the phone for 30 days to try out, and within 30 days journalist changed their mind, consumers went out bought the phone and loved it. The phone sold 10 million, now the Galaxy Note II has pushed the size to a 5.5 screen. Will people think Samsung has gone overboard? Can the Galaxy Note II live up to the hype?

The Note II looks like a combination of the Galaxy S3 and the original Note. Power button, it is located on the ride side, Home button located right in the middle along the bottom edge of the Smartphone. On each side of the home button are the menu and back keys, which have a soft white glow during use. The home button also activates the S Voice app by double tapping it, and it also activates the multi-tasking menu by doing a long press, by pressing and holding the home button and the power button at the same time you can take a screen shot, now with screen shots if you are sending them to someone who doesn’t have a Note II, the picture will come out blurry. On the left side of the phone you have the volume rocker and that is it. Along the bottom edge of the Galaxy Note II you’ll fine the tiny hole for the microphone, microUSB charging and data transfer port, S-Pen slot and the speaker. The only three physical buttons on this phone are the power, volume and the Android home button

The Galaxy Note II uses a 5.55″ HD Super AMOLED S-Stripe RGB (3 subpixels/pixel) (non-PenTile) with a, 280×720 resolution. The Galaxy Note II weighs in at 180g and measures 151.x x 80.5 x 9.4mm (HxWxD). This means that it is slightly thinner than the original Note. The quad-core 1.6GHz processor backed by a mighty 2GB RAM, this is a fast device, easily swipping between apps and browsing web pages with no sign of slowing down.

Along the top edge of the Samsung Galaxy Note II you have a LED notification light on the left side, the earpiece, light & proximity sensors, and then the 1.9-megapixel front facing camera. The front facing camera shoots video at 720p. You can use this camera for video calls and self portrait shots. Pictures look amazing gives the same quality as a regular point and shoot camera.

The back of the phone has a rear facing 8-megapixel auto-focus camera that’s able to shoot 1080p videos. The default resolution for the images are 3264×2448 pixels and the HD videos are shot at 1080p. You can simultaneously shoot HD video and record images. This camera has 4x digital zoom and has a decent LED flash as well. The videos come out sharp, excellent quality.

Once you remove the back plastic cover you can see the Li-ion 3,100 mAh battery, microSIM slot, and microSD card slot. The Note II has expandable memory, so you can install up to a 64GB microSD card for additional storage space. The Galaxy Note 2 comes with Android 4.1.1 (Jelly Bean) and uses the Samsung TouchWiz user interface on top of that for enhanced functionality. Withe Jelly Bean you get Google Now, the icon looks like the normal Google icon. Google Now show’s your traffic updates and weather, you can also tap on the mic icon and speak the to phone, I’ve asked for weather, Chinese Restaurants, and weather in Hawaii. I will say Google Now is responsive had to say it once not a million times then curse at it like I’ve done with other apps.

Home screen looks familiar to any Android user and to the left and right you’ll see screens that have widgets and shortcuts to many apps. The touch screen is extremely responsive and bright with 5.5″ Super AMOLED display on the Note II. You have two different home screen modes, Basic Mode and Easy Mode. Basic Mode look just like the S3, you have the Media Hub, S Suggest, S Note Widgets. Easy Mode has Favorite Setting, Favorite Contacts widgets. You can find these different modes when you go to Setting > Device >Home Screen Mode.

As soon as you remove the S Pen from the phone a little icon appears on the top left letting you know the S Pen is ready for use, The S Pen “Create Note” widget appears, it also gives you recommended short cuts for the S Pen such as Google Chrome, Paper Artist, Quick Command just to name a few. Handwriting recognition is really very impressive overall, and it did a sterling job of translating our handwritten scrawl. Even when it isn’t sure, it offers a selection of similar words to choose from, predictive text-style, so you can simply tap on the one you want and keep writing.

There are handy drawing tools too, like Shape Match, which corrects outlines and makes them straight. You can record your sketches or notes and play them back to show how they took shape and automatically search for items you’ve written.

Samsung’s new “Air View” feature allows you hover the S-Pen over items like emails, calendar appointments and gallery pictures, as well as menu icons to give you a quick preview without having to open them.

It also has the Multi Window option that we saw on the Galaxy Note 10.1, which allows you to have two windows open on the screen at once, love that feature but can put a toll on battery life. You could be checking your emails at the same time as watching a video, or keep a webpage open while you’re drawing a picture or making notes. While using multi screens I didn’t see signs of lagging or slowing down.

I’m not into having so many apps, the one thing I didn’t like about the Note II is all the per-loaded apps, basically because I never use them i.e. Play Magazine, Play Books, Latitude, Flipboard just to name a few. You have the same known apps that come with every Android phone, FaceBook, Twitter, G mail, Play Store, Chrome, Xbox Smart Glass (for the Xbox Gamers), Google Talk and Dropbox.

I’ve had this question asked to me a million times on Twitter and in person. Which one is better? What’s the difference between the two? I’m going to try and make this short and to the point.

As for the S Pen, on the Note it wasn’t very responsive, I would have to tap hard or press down when writing in order for the pen to work, when it comes to design it is short and thicker. The Note II S Pen is extremely responsive, no need to constaily tap on the screen for it to react, it also makes a beeping noise when you walk away from the desk, and the stylus has not been inserted back in its slot.

The Note II is faster and can multi-task better than the original note, It is also much brighter than the Note’s screen, and quite possibly the brightest AMOLED screen of Samsung out today, making it better for use outside. In short, the Note II has the best screen Samsung has produced.

Since getting the Note II I haven’t used my Galaxy S3 as much. This phone does everything I need, the multi- task screen comes in handy since I’m always doing a hundred things a one time, so instead of a phone and tablet, I just use the Note II. Screen is crisp and bright, great for watching videos, yes the phone may be too big for most of you, I did feel a little funny having a phone that up to my ear. This is not the type of phone you can hold between you’re shoulder and ear while having bags in your hand or trying to open a door, the phone will fall..trust me. Typing on the phone is much easier you have enough room for the letters and numbers all on the same keyboard, to get symbols you will have to press the “SYM” on the keyboard. The phone does take two hands to use, not like the S3 where I can type use one hand. Not impressed with the battery life I got 6 1/2 hours out of it, guess I can’t complain with all the features it has. I know the Original Note is on sell for $199 and with a new contract the Note II is $ 299 w/out $649 with two color choices White and Gray, now you ask which one would I choose..The Galaxy Note II. Why? They have fixed the mistakes they did with the Original Note, upgraded software, responsive S Pen, Multi-Task Window and fast as hell. If you don’t like the big screen I suggest you stick with the Galaxy S3. Does the Samsung Galaxy Note II live up to the hype? Yes it does.