Holiday Gift Guide: The Must Have Smartphones Of The Season 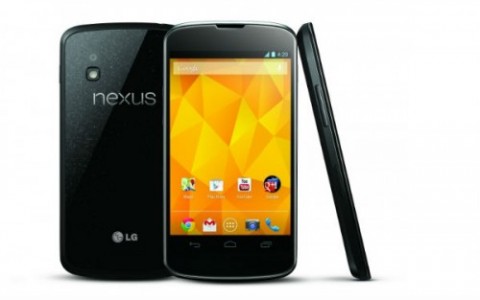 Christmas is right around the corner, the cell phone deals are amazing, but with all these phones and all these deals it becomes frustrating to pick the right phone, remember you won’t see deals like this until nest Christmas so might as well make the best of it. If you’re really not tech savvy I’ve put together a list of phones for you that are a must have.


This is the must have phone of the year. The 4.8 screen with HD Super AMOLED and with 1.5GHz Advanced Dual Core, Qualcomm makes this phone incredibly fast. The S3 runs 4.1, Jelly Bean which gives you Google Now, get weather, public transit, and traffic information as it happens. TecTile is a new feature shown in the Galaxy S3, programme one of these tiles to open up an app, scan your phone over the TecTile and the app opens up for you without you going to do it manually. S Beam is another great feature, want to share a file? With S Beam, you can share large just touch compatible devices back-to-back. S Beam uses NFC (Near-Field Communication) and Wi-Fi Direct which makes it quick to share photos, videos, documents, calendars, contacts and more.


Even though the HTC Driod DNA has a 5-inch, it sure doesn’t look like it. The screen has a 1080p full HD display. It delivers 440 PPI (pixels per square inch) which gives the phone a clear and crisp look. The phone sits perfectly in your hands. The phone comes with Android Jelly Bean with HTC Sense along with a 1.5 GHz quad-core processor which makes this phone fast. The phone is black with red trimming which makes this phone look sleek and sexy. This is phone one phone that won’t disappoint you.


If you are looking for battery life that will keep you going through the whole day without charging, then the Motorola Razr HD. The Razr family is known for their power battery life, but they are also known for performance. The Razr HD comes with 1.5GHz dual-core Snapdragon S4 processor and 1GB of RAM and a 4.7-inch Super AMOLED screen this phone packs a pretty little punch. The does ship with Android 4.0.4 Ice Cream Sandwich, but you’ll be able to upgrade by the end of the year (if not already). With the Razr HD being on one of the fastest mobile networks, this phone is unstoppable. For months we saw poster saying “The next big thing is here?” and they weren’t kidding. With a 5.5 inch the biggest screen out yet for a mobile phone, it sure lived up to its slogan. The Galaxy Note II is the squeal to the original Galaxy Note; with the Galaxy Note II they fixed everything that was wrong with the orginal. S Pen is more responsive, use Air View to hover over your email and see what the email contains with even open up the app. The Note II comes with quad-core processor, 4G capability, great- battery life and with Multi-Screen this phone allows you to do more at one time.


Design by LG the Nexus 4 has a 4.7-inch-diagonal, 1280-by-768-pixel IPS . Offering a pixel density of 320 pixels per inch, this gives the screen a vibrant and sharp look. 1.5GHz quad-core Qualcomm Snapdragon S4 Pro, quad-core processor and 2GB of gives some beautiful graphic you seen on a phone. Shipping with latest Android Jelly Bean (4.2) the software has a more polished look than its competitors. The only problem with the Google Nexus 4 is you don’t have expandable storage and the battery life is up to 6 hours.


The Lumina 920 defiantly stands out, it’s not because of the bright colors in comes in, but how big and thick the phone is. The Lumia 920 measures 5.12 inches tall, 2.7 inches wide, and 0.42 inches thick and is available in either glossy (yellow, white, and red) or matte (black, blue). The 4.5 screen is bright and colorful due to the Live Tile on the home screen. At first look the home screen looks busy, with Live Tile constantly updating but with the screen being covered with Gorilla Glass 2 you can’t help but stare at the screen. Powerd by Microsoft Windows 8 and with a dual-core Snapdragon S4 1.5GHz processor, 1GB of RAM, 32GB of storage, it doesn’t have expandable storage, but Microsoft does throws in an additional 7GB of cloud storage for all new SkyDrive accounts, pretty good deal. Windows Phone 8 features (Groups and Rooms, Kids Corner, DataSense, SkyDrive, Xbox SmartGlass). The Nokia Lumina 920 maybe be big, but it’s big for a reason.


The HTC 8x has a 4.3 inch super LCD 2 touch screen with HD 720p resolution with Gorilla Glass 2, which makes the display look stunning. I love the Live Tiles, I don’t have to go into the app to refresh it, Live Tiles keep me up to date without doing so. I can customize my screen to what I feel is important and what I need to stay up-to-date with.
Having Microsoft Office on my phone is also a plus, the phone runs smoothly and with the phone running Processor Qualcomm S4 1.5 GHz, Dual-core. With the smaller size screen and smooth back finish, No other phone fits perfectly in your hands like HTC 8X. The Optimums G does have a little weight to it, the phone design is “square” like but has nice round edges. The screen is 4.7 inch with True HD IPS Plus LCD display, its resolution of 1280 × 768 (WXGA) and pixel density of 318 ppi give you a crisp, sharp image. The phone also comes with a 1.5GHz quad-core Snapdragon processor, QUAD-core and harken, 32GB of built-in memory and 2GB of RAM. Optimus G and the Ice Cream Sandwich build, optimized by LG’s OS, with a planned upgrade up-grade to Jelly Bean, even without Jelly Bean the phone runs smoothly and you really can’t tell it’s running on Ice Cream Sandwich.


This phone has a deigns that makes holding this phone so comfortable, The One X has a 4.7-inch 1280-by-720-resolution Gorilla Glass display. Even though the screen is large it doesn’t feel like it. Using this phone with one hand even though the phone packs a large screen, it never felt too big to hold. The phone comes with Nvidia Tegra 3 quad-core processor, the AT&T version is powered by a Qualcomm 1.5GHz dual-core Snapdragon S4 processor, along with Android Ice Cream Sandwich, the phones should updating soon to Jelly Bean.