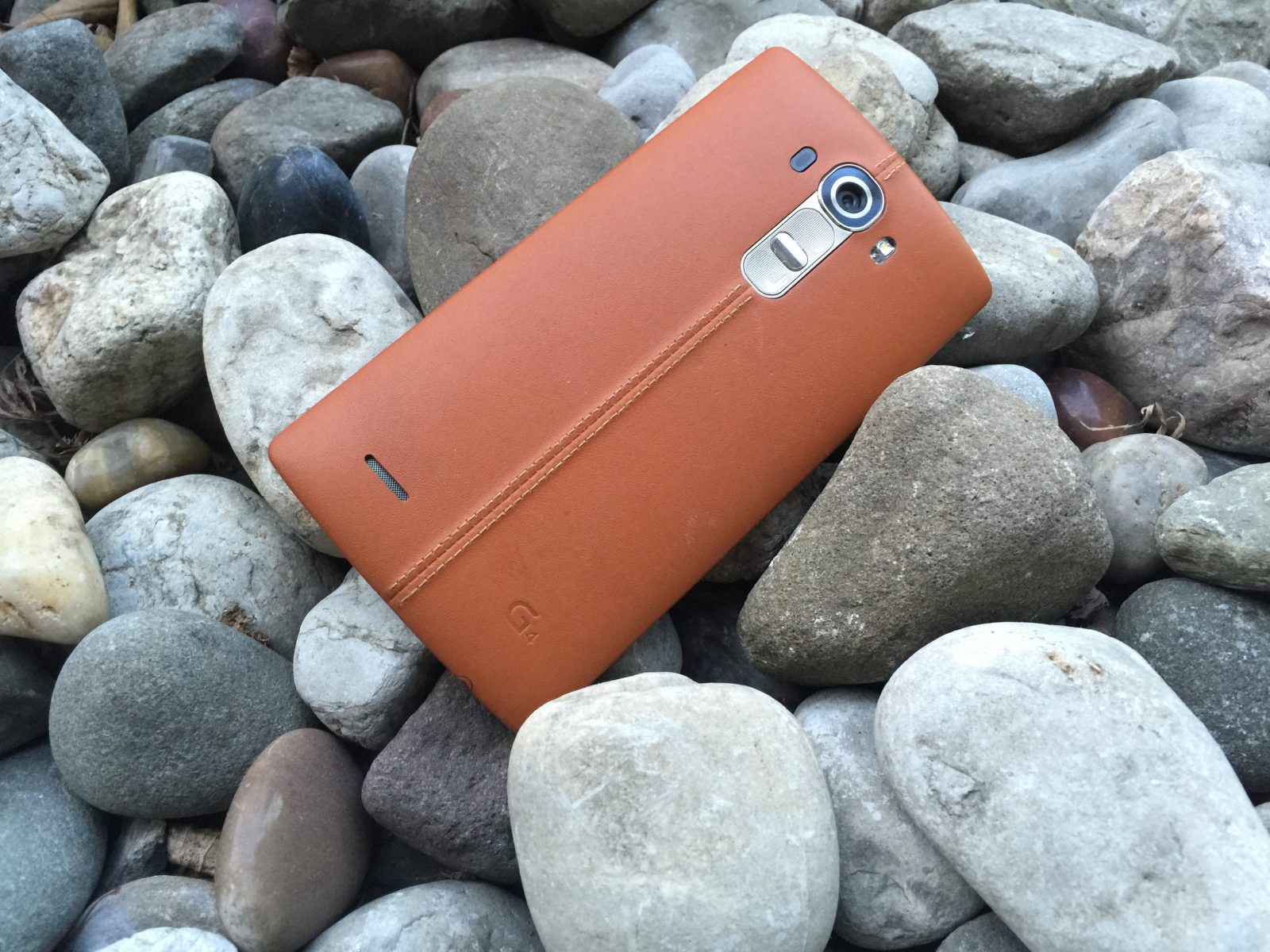 Facebook Twitter Pinterest Email
The LG G4 looks amazing on paper! Do useful features and a killer camera make the G4 a top 5 phone for 2015? How does it fare as a daily driver? Check out the review for more #LGG4 #ExploreLGG4

The LG G4 has been talked about a lot lately. I reviewed the LG G3 last year (check out the review here), and I honestly didn’t think it could get better as most usually think of a manufacturer’s flagship at the time. It was hard to find something wrong with the G3, unless you were nitpicking. As rumors for the LG G4 started flying around, I was hype to see that it indeed could get better. The phone looked the same for the most part, but the camera specs were enticing. I was initially impressed.  You can check the specs for yourself below. After finally getting a good month with it, here are my thoughts on the LG G4. 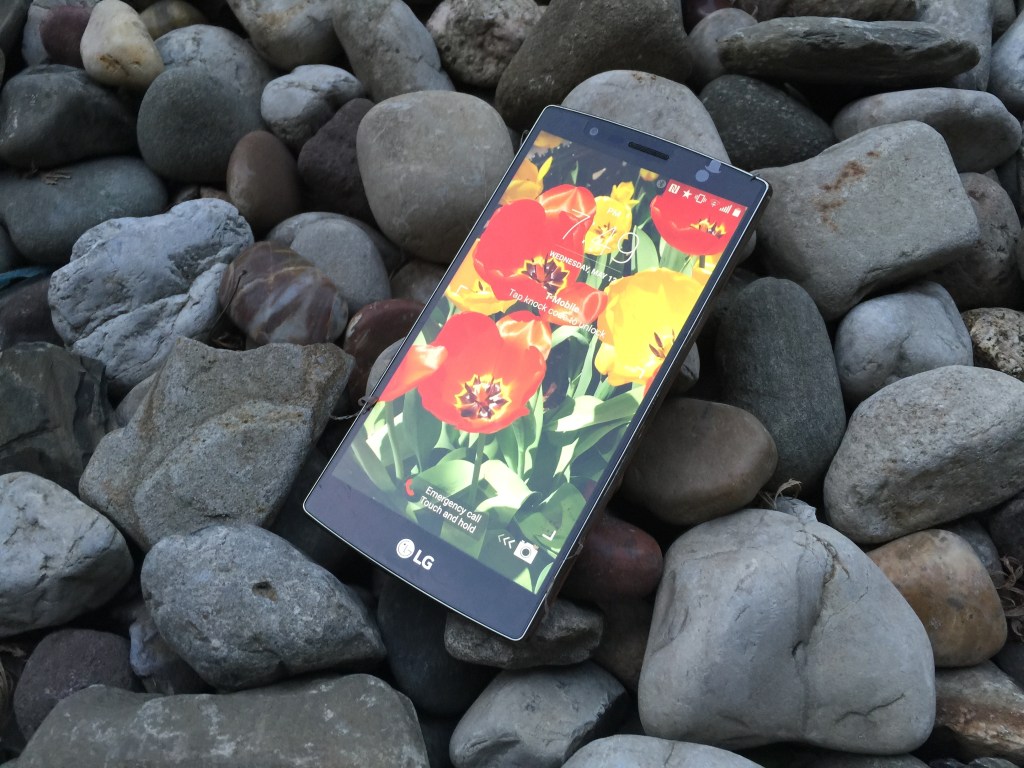 Check out the review of the LG V10 HERE

Like I said before, the LG G4 looks familiar to its predecessor. LG kept the rear button placement. The G4 is slightly curved. The curve is fixed (the phone is NOT flexible). The curve seems fitting and helps this phone not feel too large for your hand. On the front you have the 5.5 inch screen, speaker grill, and the 8 mp front-facing camera. The back looks similar to the G3, with an upgraded 16 megapixel rear-cam, flash, and laser auto focus. Nothing on the side borders. The bottom side has the micro USB charging port, and 3.5mm headphone jack. The top border has the IR blaster and the microphone.

The G4 has sharper corners than the G3 and it’s also slightly bigger and heavier. The difference is barely noticeable. The back cover is available in a metallic plastic (feels more plasticky to me though), or in leather. So while it’s not a new innovative design, it’s not exactly dull either. Even though the G4 is slightly large for my hand, I found it easier to use with the leather back. It’s smooth, but not slippery. Taking screenshot on the G4 is a little tricky (you have to hold the power button and the volume down button). Believe it or not, due to the genuine leather backing, the G4 is the first phone I used without a case.

Check out our review of the Samsung Galaxy Note 5 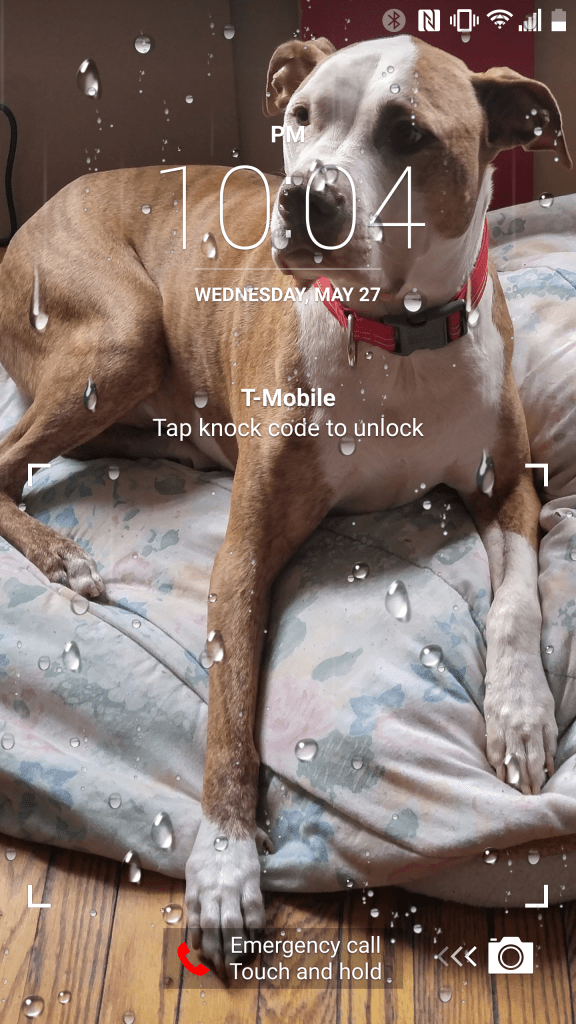 I had a great experience with the G3. It looked like I would be able to get the hang of the G4 rather quickly. The buttons seem to be spaced out better. It felt a bit easier to maneuver when clicking. As usual the screen is beautiful The colors don’t seem too saturated to me, and the animations are rather cute.The screen does very well in sunlight. I love the display on it, not hurtful to the eyes at all.

Even though the LG G4 is rocking the Snapdragon 808 chip, the phone still works fine. There was no lag on my end when opening apps and switching between them. Downloading and installing apps went smoothly as well.

There are a few things I like about the G4 that have made using the phone a lot more fun. The overall UX 4.0 seems to be more toned down. It’s not overbearing over Android like before. It’s not congested, and transitioning is smooth. I still love KnockOn. I love that you can put your “KnockCode” with the screen still off. 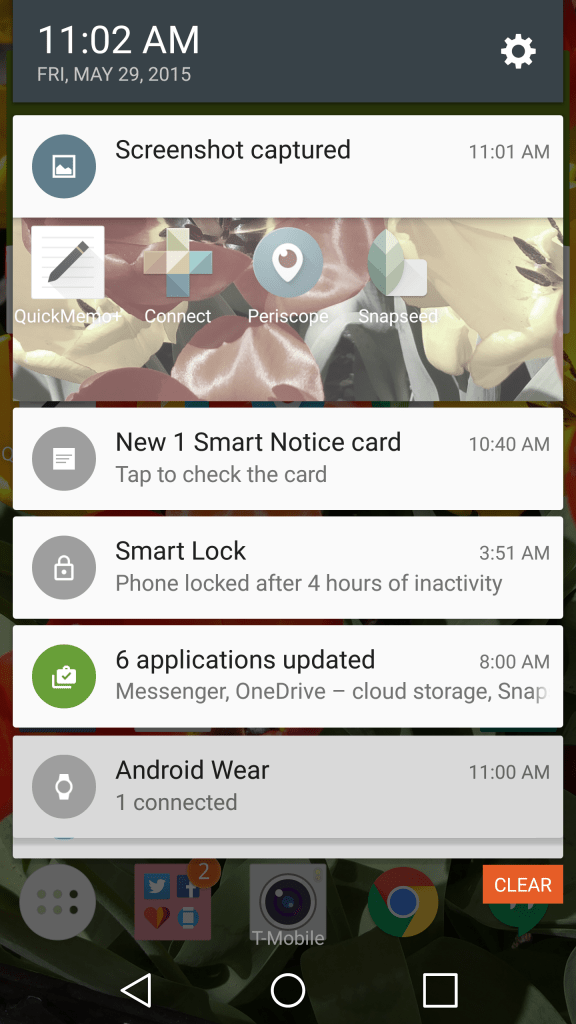 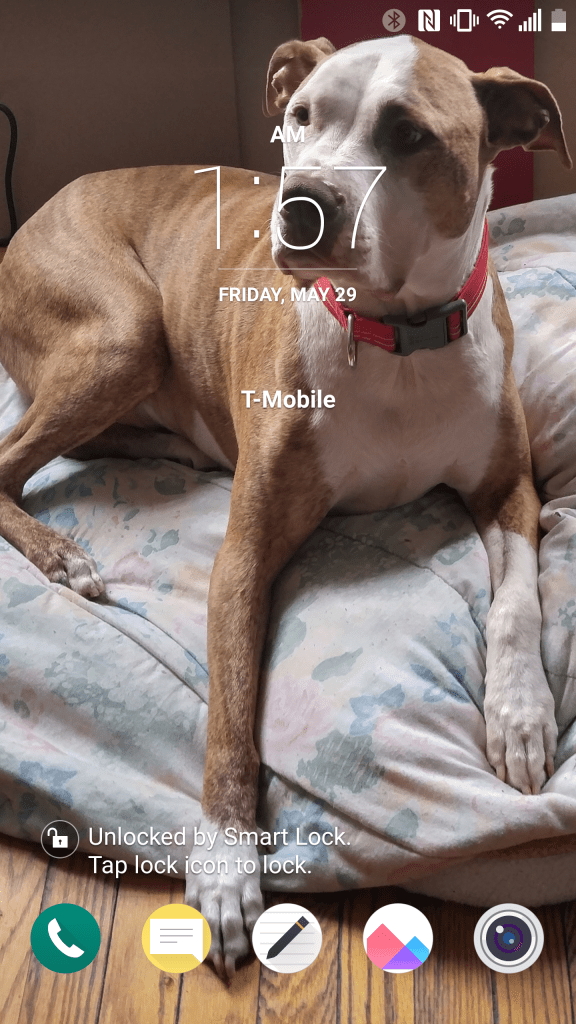 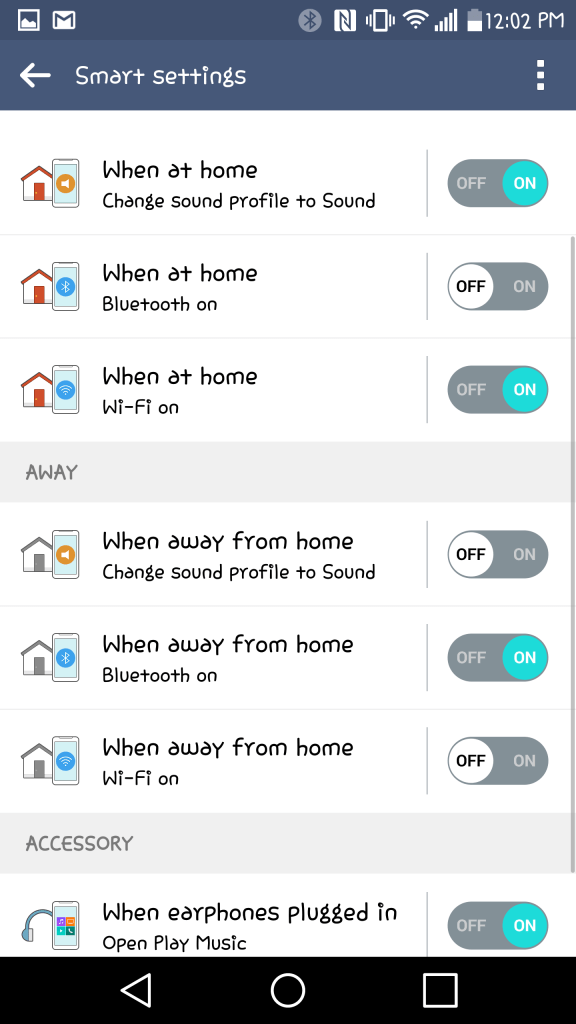 “Smart Settings” is another favorite feature. For some things it’s similar to “Profiles”. Changing from sound to silent when arriving to work. A cool one is what to do when headphones are plugged or paired, which app should open.

“Dual Window” is also a good feature. While I rarely use it, it has come in handy a few times. I use it more for entertainment than for work, but as long as the feature is used I guess.

LG G4‘s camera has been the most talked about upgrade. It has the awesome laser auto focus we came to love in the G3, but now with a 16 megapixel shooter with a f/1.8 shooter, and the ability to shoot manual. There’s a color spectrum sensor (located by the flash), is supposed to help retain color accuracy when snapping pics. The OIS 2.0 is supposed to be very effective as well. When in manual mode you can control white balance, ISO, and shutter speed for shooting still images. There isn’t a manual mode for shooting video though. With all this build-up I was hype on trying the cameras (the front-facing camera was good on paper as well.) 8 megapixel front facing camera? Yes please! You can even capture in Raw mode to edit pictures with software such as Adobe Lightroom.

As some of you already know I’m not the greatest when it comes to shooting in manual mode on cameras. I’m simple enough to trust the auto mode. But LG was boasting about the camera so much that I got in board. 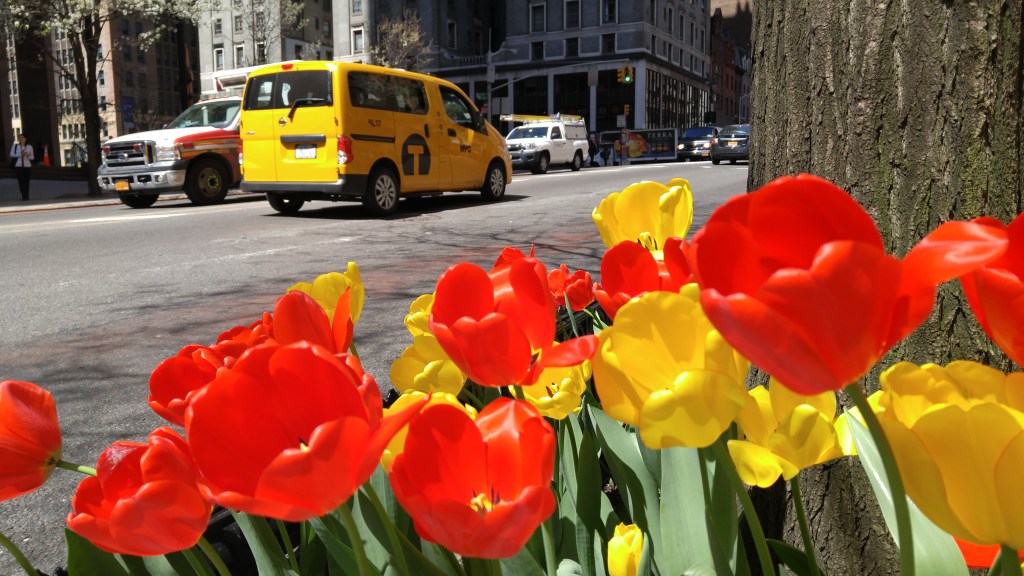 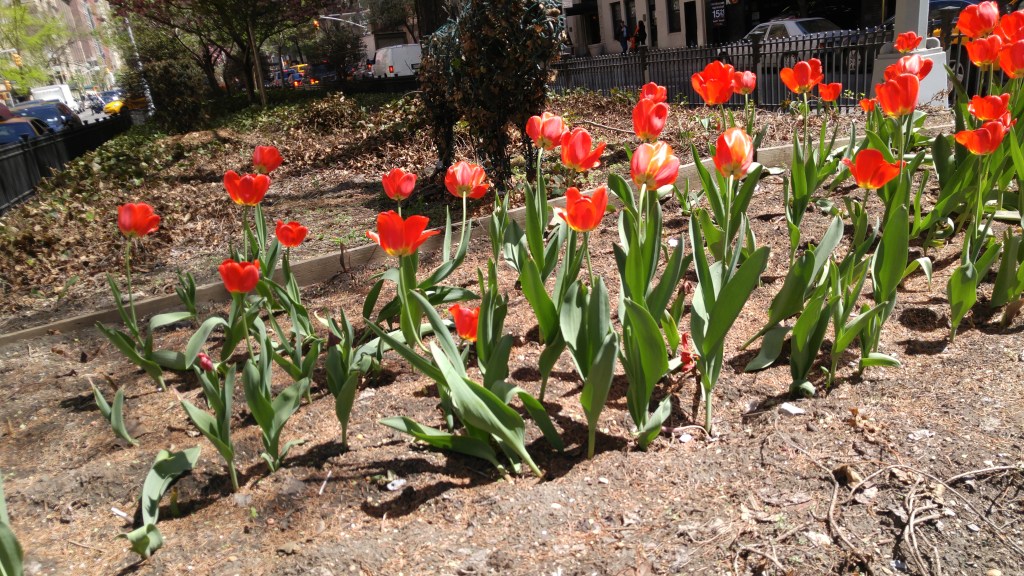 In manual mode you can adjust a variety of things (like I mentioned earlier). It’s a good thing that you can tweak them because sometimes the pictures taken in auto mode come out a over saturated. In some cases the oversaturation compliments the pic, but sometimes it was way too overbearing. 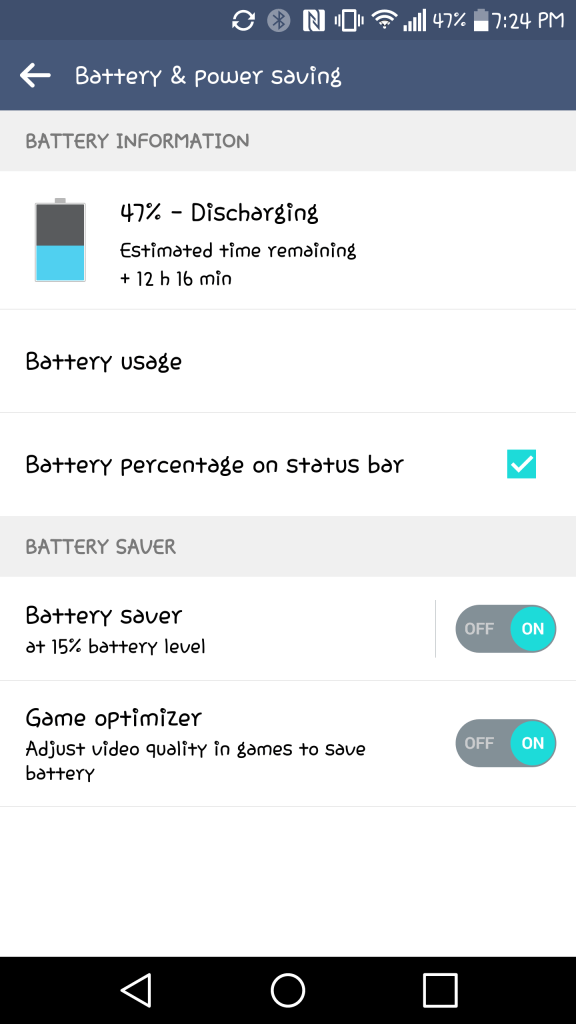 LG kept the removable battery on their flagship. I’ve had a great experience with the G4’s battery life. I can make it through a busy workday with 20% battery to spare. On a very busy day I’ve made it through to 8pm with 4% left. The smart notices do a great job of letting you know of running apps that may be slowing down your device. I’m sure turning them off helps battery life. There is also a power saving mode to help save your battery in extreme cases.

Pricing and availability is varying by carrier. But there is a sweet deal for those who get the phone early. LG is offering a bundle with the purchase. The bundle includes an extra battery and a 128GB microSD card. There are also some bundles that offer an LG tablet at a discounted price with purchase. Look up your carrier for details (AT&T, Sprint, T-Mobile, Verizon Wireless).

You will definitely be hearing about the LG G4. LG is making sure that consumers know there’s an option for everyone out there. Camera lovers will definitely enjoy using the G4 with both cameras being pretty great for to be in your pocket. While the phone is not stunning, it definitely looks a lot more polished. The rear buttons feel a bit better than last year’s G3. It’s also great for those who still want a removable battery, and expanded memory since many flagships are moving away from that.

The LG G4 is an awesome phone! Pretty inside & out. Is it enough to make you leave iPhone or other Android flagships? #LGG4 #ExploreLGG4 #GadgetGirl #YourFaveGadgetGirl #Smartphones #techies #G4Preview #LGGadgetGirl

While the G4 is great, I don’t see it as a necessary upgrade from the G3, unless you HAVE to have the camera. If you’re on the LG G2, you’ll definitely enjoy this upgrade. The improvement of the fit, comfort, and the design of LG’s flagship is definitely noticeable after 2 generations. It’s a beautiful phone, definitely worth exploring.