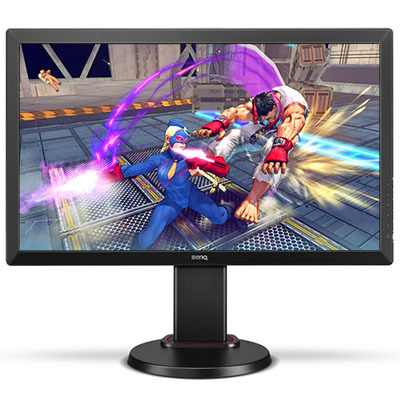 BenQ America Corp. is know for their high performance gaming monitors, as well as for being the provider for some of the most well know eSports Tournaments such as; League of Legends, DOTA2, and Call of Duty: Ghosts just to name a few. BenQ has announced a new partnership with gaming monitor pioneer Evolution Championship Series (EVO) 2015. The company will show off their innovative RL2460HT gaming monitor — designed for console gaming, real-time strategy (RTS)- and MOBA-style games, and fighting games.

EVO is the biggest fighting game tournament which brings together the worlds most powerful eSports athletes. On July 17 to 19 at the Bally’s / Paris Hotel and Casino in Las Vegas you will get to see an action-packed fighting game event.

At the tournament BenQ will be host to members of the Evil Geniuses and Cloud 9 pro gaming teams. For those of you who attend you will have the opportunity to meet and greet the eSports pros, as well as watch them in action as they run live demos of fighting games on the company’s professional gaming monitors, but that’s not all. In addition, BenQ will hold a raffle giveaway of an RL2460HT tournament monitor to lucky attendees.

“Engineered using direct input from the industry’s top gamers, the monitor features a unique ‘Fighting Mode’ specifically designed for fighting games and an incredibly low 0.001-frame input lag for astoundingly fast response times. We look forward to unleashing this new level of innovation at this year’s EVO tournament; players will definitely provide the audience with some unforgettable performances.”

“Using an HDMI® output port, pro gamers can stream their game content in real time after it goes through the monitor — providing an identical viewing experience to the audience without introducing any lag, delay, or compromises to the monitor’s speed or performance. In addition, the 24-inch, LED-powered TN panel includes integrated speakers, two HDMI ports along with standard DVI and VGA connections, and SmartScaling for gaming pros to customize their screen viewing area for optimal viewing performance. To set up the monitor rapidly, the RL2460HT provides a height-adjustable stand with a precision adjustment marker system — enabling the player to duplicate precise setup specifications within a few seconds”.

The EVO tournament is the largest and longest-running fighting game tournament in the world. This tournament is open to anyone, the event features competitions between Pro gamers as well as free stations for amateurs to match up against one another and test there skills.