Fathom Events Brings eSports to the Big Screen in: All Work All Play 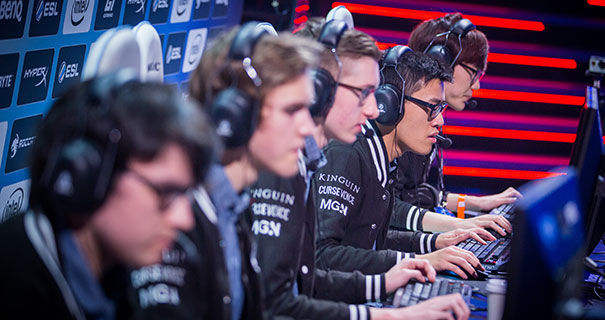 As we all know eSports has grown in numbers and fans have had the opportunity to either watch these hype tournaments in person or in the privacy of their own homes, but as the fans grow some want to experience these tournaments with other fans who can’t make it out to these events. So the request for meet-ups and viewing parties are at a all-time high. The guys at Fathom Events have decided to give the fans exactly what they want.

Along with being able to get a front row seat, fans will also be treated to an all exclusive live Q&A between the global audience and the creators of All Work All Play, outtakes from the production, and a deeper look into the eSports files. This incredible event will be hosted by by eSports personality Joshua “Clutch” Gray along with Nathan ‘Nathanias’ Fabrikant as well as others.

Viewers will also get a nice treat, as you get to watch a head-to-head match between some of the top eSports players and influencers in the scene pro players will battle it out in a 2v2 “Archon Mode” in Blizzards StarCraft II. This is an event that any eSports fan will not want to miss!

Tickets can be purchased at Fathom Events, you can also get a list of movie theaters in your area that will allow you to purchase the tickets there as well.