Rock Band 4 Will Launch With A Fully Stocked Music Store 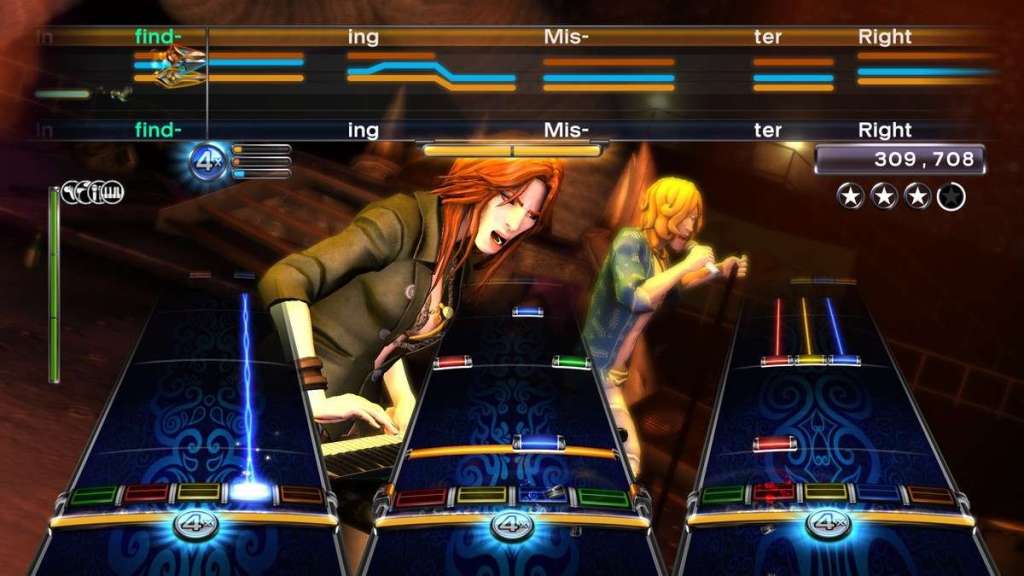 In less than 24 hours, Rock Band 4 will make its way into some of yours hands. I’m sure most of you are excited to finally get your hands on the game and let your inner rock star loose, but the guys over at Harmonix and MadCatz have one more thing to announce before the game drops.

Players will be able to download new tracks on Xbox One and PlayStation 4 on October 6. This will added to the 1700 songs that have been stocked in the games music store. The new tracks will include music from All That Remains, BABYMETAL, Duran Duran, Of Mice & Men, Pierce The Veil, and more. Players will be able to enjoy tracks as well as the new Freestyle Guitar Solos, Freestyle Vocals, and Dynamic Drums Fills, even while touring the world with their band in the game’s new expanded campaign.

Harmonix has also released a brand new trailer called “Electric”. The trailer shows off the energy and intensity that you will get playing Rock Band 4 with your friends and family

Here are the new tracks that will be available tomorrow:

All That Remains – “Divide”
All That Remains – “What If I Was Nothing”
BABYMETAL – “Gimme Chocolate!!”
Blitz Kids – “Run For Cover”
Bring Me The Horizon – “Throne”
Dead Sara – “Mona Lisa”
Duran Duran – “The Reflex”
Earth, Wind & Fire – “September”
Interpol – “All The Rage Back Home”
Janis Joplin – “Move Over”
Jefferson Starship – “Jane”
Linkin Park ft. Daron Malakian – “Rebellion”
Marilyn Manson – “The Mephistopheles Of Los Angeles”
Mastodon – “High Road”
My Morning Jacket – “One Big Holiday”
Of Mice & Men – “Would You Still Be There”
Oh Honey – “Sugar, You”
Pantera – “Cowboys From Hell (Live From Monsters In Moscow Festival)”
Pierce the Veil ft. Kellin Quinn – “King for a Day”
Seasick Steve – “Summertime Boy”
“Weird Al” Yankovic – “My Own Eyes”
The Wild Feathers – “Backwoods Company”

If you wish to purchase individual tracks, you can do so for $1.99. Legacy songs added to the Music Store are available for purchase, as well; players who previously purchased tracks within the same console family can download these songs at no additional cost.