The Halo World Championship Kicks Off Next Month

For those of you who attended Gamescom earlier this year already know that, 343 Industries and Xbox announced the Halo World Championship (HaloWC), this is the biggest Halo eSports competition in franchise history, which will be centered on the competitive Arena multiplayer mode of Halo 5: Guardians.

Since the announcement at Gamescom, Xbox, and 343 Industries starting prize pool of $1 million for the Halo World Championship, the prize pool has now hit $1.7 Million and is still growing. It’s growth is mostly through crowd-funding via the all-new Requisition System (REQ System) of Halo 5: Guardians.

The company has partnered with some of the best eSports companies, such as MLG, ESL and Gfinity, that will allow players to compete online and in-person – with live events that will take place in U.S. and Canada, Europe along with the Middle East and Africa, Greater Asia, Latin America, and Australia and New Zealand. Key dates include:

For more information regarding the online ladders, qualifiers and regional in-person live events, and registration you can visit: Halo. For those of you who can’t make it out to the tournaments and don’t want to miss the action, you can tune-into Xbox Twitch Channels and Halo. 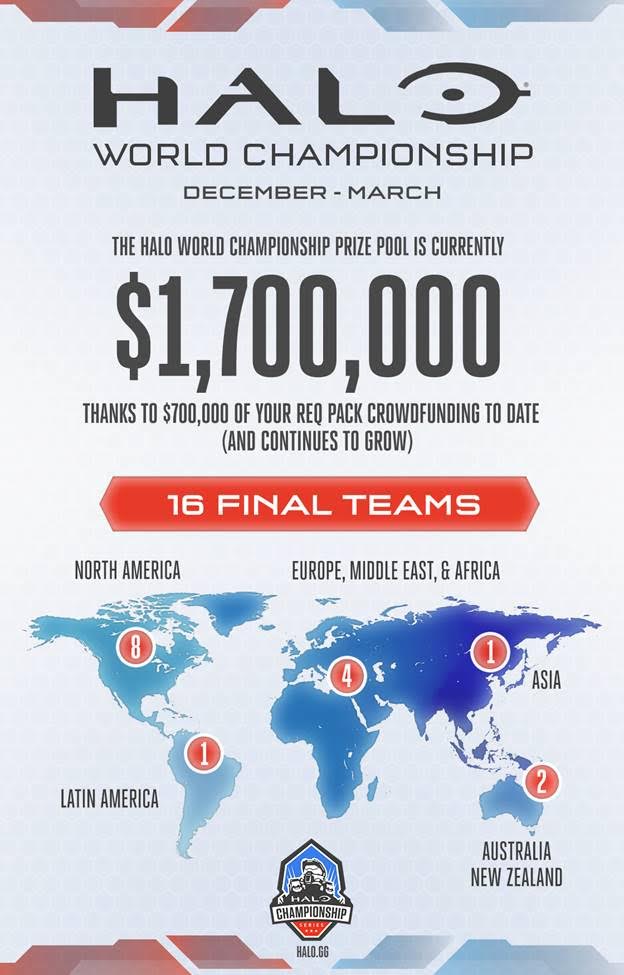